I debated writing this post for a while. I went to Greece in September and almost everything I have to say about it so far has been good. Santorini is the exception to this. I didn’t fall in love with Santorini as so many people do, and blog posts promised I would. Let me say this now before everyone tells me I am terrible, it is beautiful and it is romantic. However, it just wasn’t for me, but I am glad that I went.

I expected it to be crowded, but this was beyond my expectations! Most of the crowds were in Oia, where I happened to be staying. Since I had never been to Santorini, I want to stay in the heart of it or so I thought. There was a constant stream of people walking past my hotel. This was after the summer crowds have left Santorini.

The first night I was there, I headed to watch the sunset like everyone else. It was crowded, but not too much as I had been told to head there early. The captain of my boat advised me to walk further down from the fort where everyone gathers to watch. I trudged down a set of steep donkey crap covered stairs and claimed my spot.

After watching the sunset, I started the walk back to my car. I think it took 30 minutes when it should have taken 10! At some points along the way, I was stuck at a standstill because it was so crowded. The streets of Oia are just too narrow to handle the crowds.

Still planning a trip to Santorini? Buy my Santorini Itineraries to help you enjoy it!

Santorini is a large island, larger than I expected. I had read up about getting around the island and decided that renting a car was the best way. Best decision in terms of time I could have made. However, the traffic on Santorini is terrible. Getting from the port to the main road was a winding road, and if you got stuck behind any bus or delivery truck, you could be stuck for a while. This was one of the main reasons I left my hotel two hours before my ferry was to depart.

Getting around was made easier by the car, but all the roads are winding! It makes getting around take much longer than expected. As a result, I didn’t get to see all the things I wanted to.

The roads in Oia were so narrow in some places; cars had to go one at a time. Granted, I probably should not have been driving in Oia, but I was suffering from land sickness and walking in the heat was not a good idea. The narrow roads led to the long waiting area, and you had no idea if the traffic was moving or if there had been an accident. Only at night did I see police out directing traffic. It also didn’t help that my hotel was right at the start of the really bad traffic spot.

Parking in Oia can be done, but you have to find a parking space. The best spot I found was down the hill from the bus station parking lot. I was able to park my car along a wall that offered some shade.

I am sure you are thinking, Tiffany it’s one of the most popular places on the planet to go and you didn’t expect it to be touristy!? I expected it to some degree, but some parts of it were over the top touristy. One of those places was Fira. Fira is the capital city of Santorini. I stopped here to buy an SD card for my camera and it was just one souvenir shop after another. It was also quite dirty. That is probably due to the overcrowding of Santorini during the high season. It also one the cheaper areas to stay on Santorini, which probably contributes to the crowds.

Oia had its touristy sections as well. Lots of shops along the walk to the sunset. Many of these shops offering souvenir and overpriced designer beachwear. Slightly ironic since all the beaches are located elsewhere on the island.

I live in Qatar, and I am from Texas, but the heat on Santorini was something I hadn’t experienced. The combination of the heat the whitewashed walls created an oven effect. There is no offer of shade because all the trees have been removed out to build hotels! I had on sunscreen and still felt a bit burned after only an hour in the sun. Hats and umbrellas are needed!

Let me say you will be hard pressed to find too many blog posts saying someone didn’t like Santorini. I tried! I managed to find a few. One is Suitcases and Sandcastles, and you can read about how she didn’t think it was worth the hype. The other is from Hannah Rose and how traveling there as a backpacker may not have been the best plan. Christina of Santorini Plus, who is also a Santorini tour guide, tells you what not to do on a visit to Santorini.

Of course, tons of people love Santorini. Here are some of the posts I have found about loving Santorini! Radha and Brook from On Flight Mode think Santorini should be at the top of your bucket list and give some great tips on what to see and do! Angela from the Sunday Chapter gives us 7 reasons to visit Santorini.

How to Make Your Experience Better Than Mine

I went back in May one year and it was so much better. If you are still planning a trip to Santorini, check out my Santorini Itineraries – 1, 3, and 5 Day Guides.

Have you been to Santorini? What did you think? 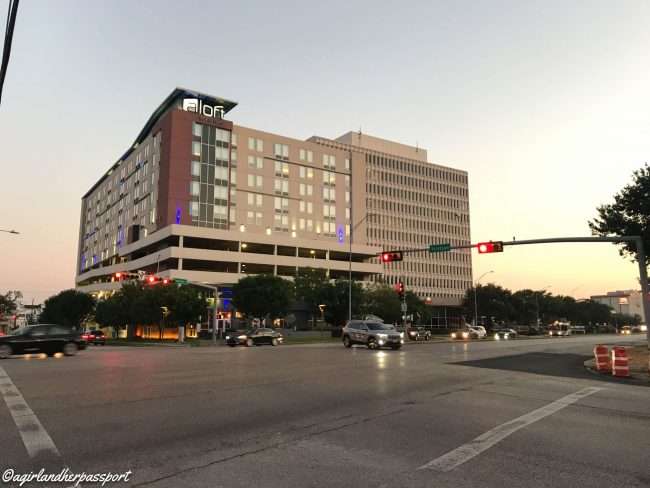