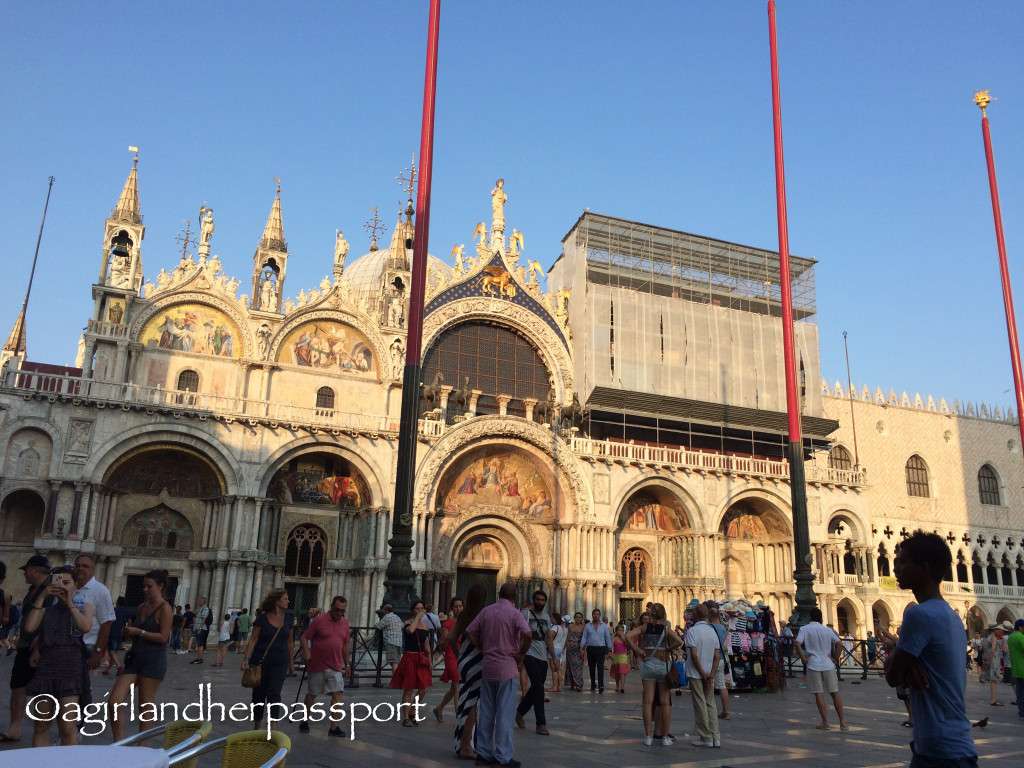 1. The narrow streets – I loved all the narrow streets, but being with someone else would have meant someone being the leader or the follower. How romantic is it to follow someone around the whole trip and not being able to have a conversation?

2. Getting lost – I enjoyed getting lost on those narrow streets, and I am not sure if a companion would have been so patient with me. I have a good sense of direction, so sometimes I just started walking in the general direction of the place I was going!

3. People watching – Not that you can’t do this with a partner, but I sat for several hours in Piazza San Marco watching people. I enjoyed the silence and my thoughts. (And an Aperol Spritz!)

4. Finding food – Being alone allowed me to dictate when I ate and where I ate. Usually, this meant wandering around for an hour or so before I decided. And since I was by myself, no one asked if I had a reservation!

5. Going to back to my room early – Yes, I sound old, but I had bought two bottles of wine at the winery and I couldn’t take them to Qatar. I went back to my room after dinner and rested my tired feet, drank wine and read.

6. The walkability – Because I was alone I walked almost everywhere instead of taking the airless Vaporetto. I was in Venice during the heat wave and the Vaporetto was sweltering and had no air flow. By walking, I could escape into shops and the shape. With two people, the Vaporetto might have been faster, but I found some cool things by walking.

7. Taking rests – I took plenty of rests on this trip because of the heat. Since I was alone, I decided when and where those rests would be. And to be honest, some of those rests, were a nap back at the hotel in the air conditioning and one was with an Aperol Spritz!

Of course, you can enjoy Venice with your partner or a group of people! But I am so glad I went and didn’t wait for someone else to go with me. Have you been somewhere that is traditionally only for couples, but enjoyed it as a solo traveler?

How to Be A Good House Guest