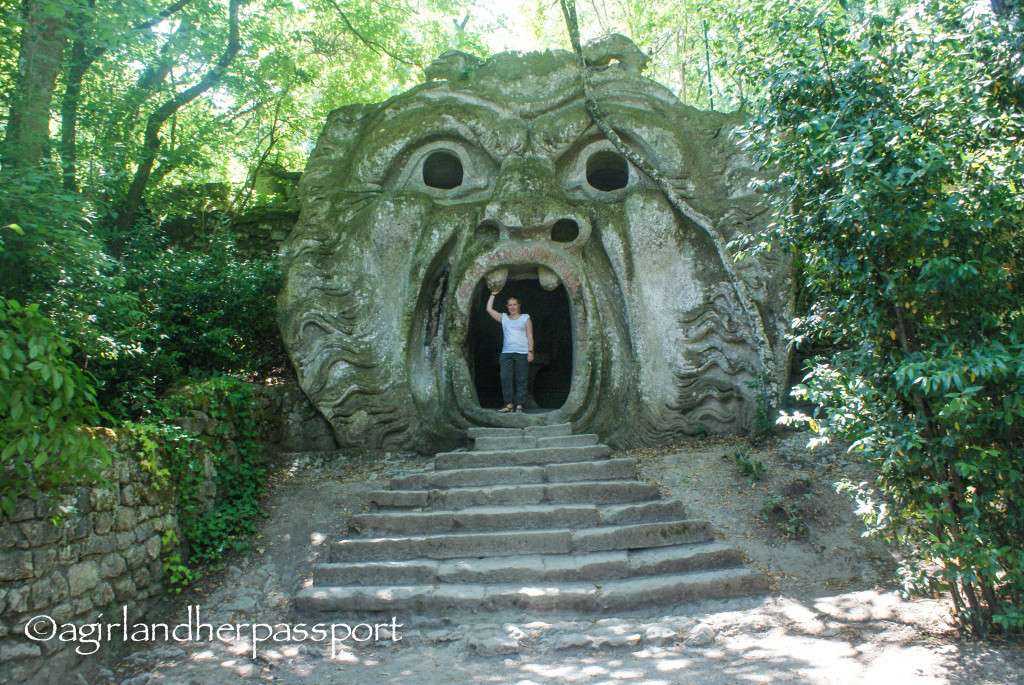 This is probably the best-kept secret in all of Italy! In the Lazio region of Italy near my friend’s house, is something called the Sacred Wood of Bomarzo or the Parco dei Mostri. The park contains a collection of strange and some frightening pieces of sculpture. The sculptures have been carved out of rock found in the wood. An Italian nobleman named Pier Francesco Orsini in memory of his wife, Giulia Farnese, built the garden in the 16th century. The brochure that was given to us states that the architect was Pirro Ligorio, who completed parts of St. Peter’s Basilica in Rome. However, some online research says that Michelangelo was the architect, and his student’s completed the work. Either way, this is a unique experience and is not to be missed. 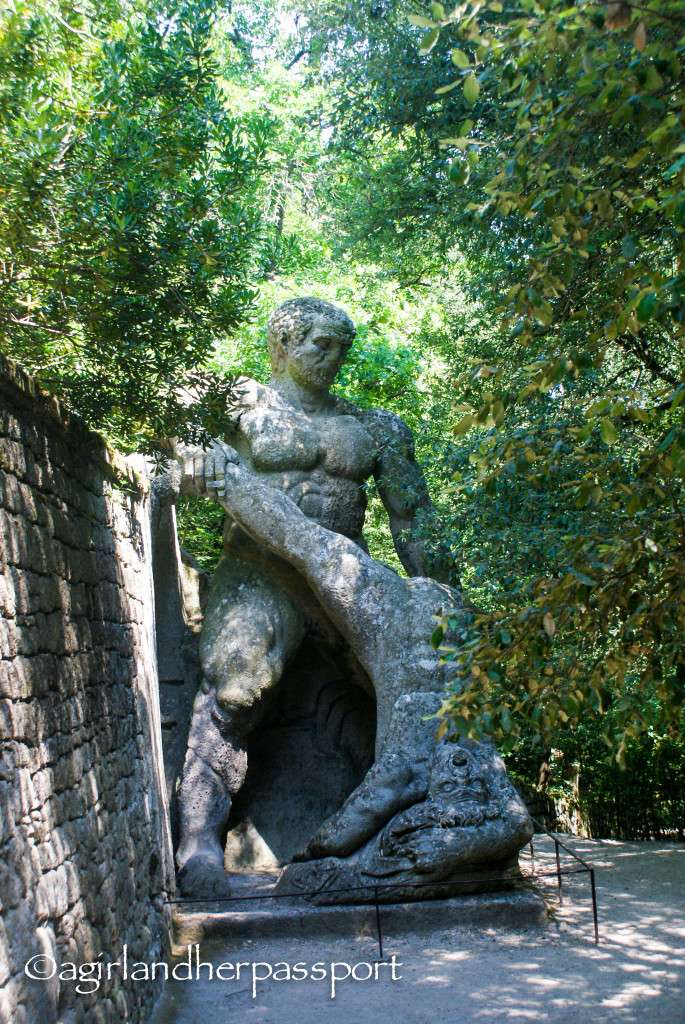 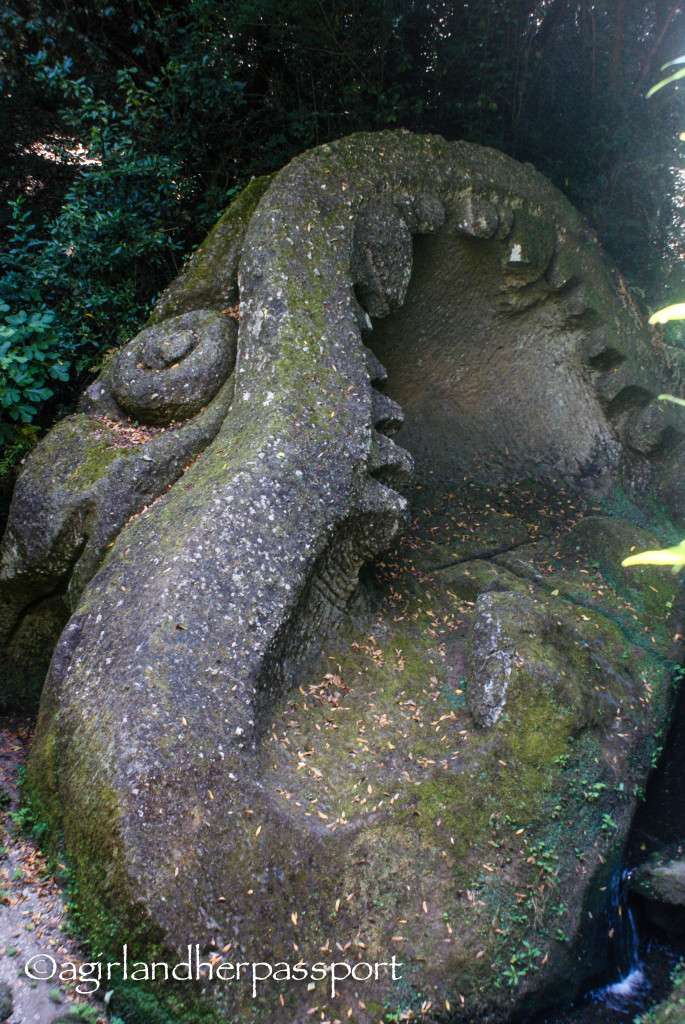 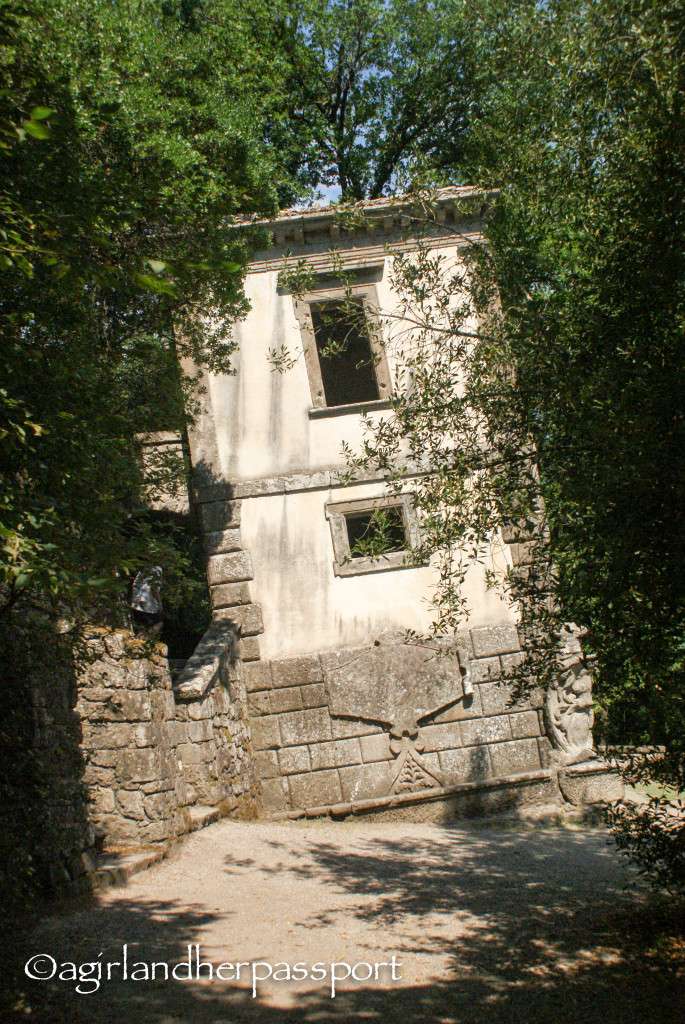 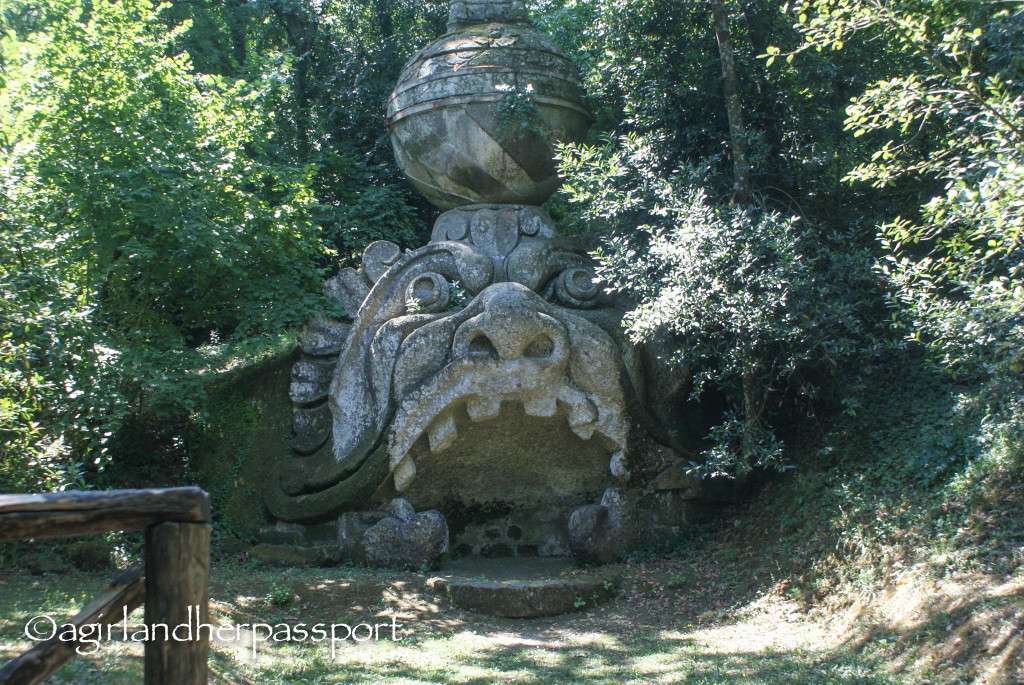 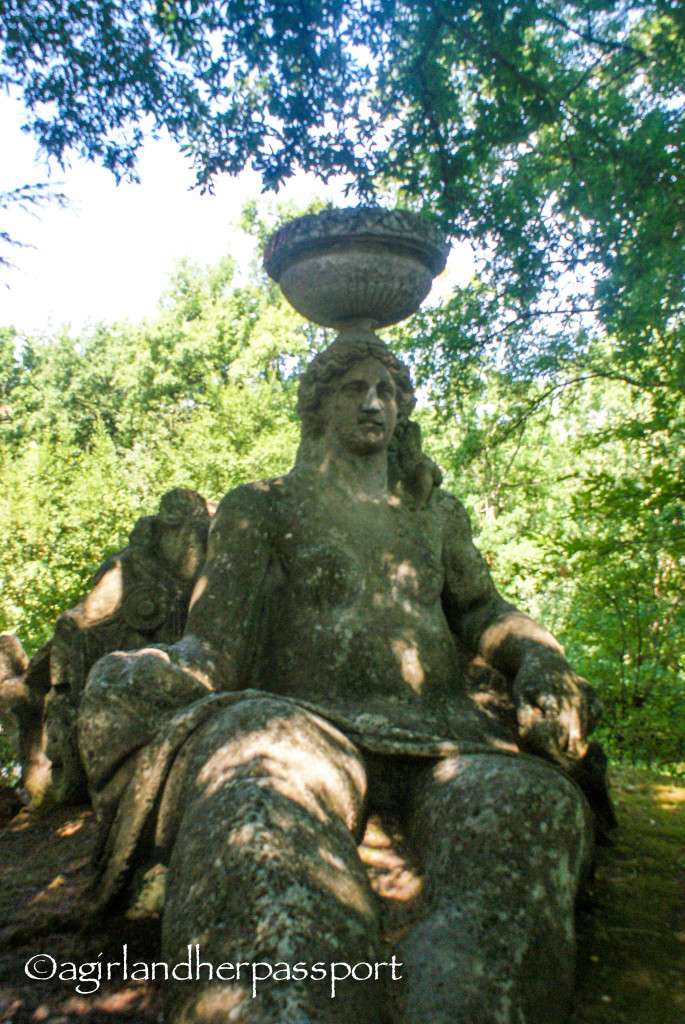 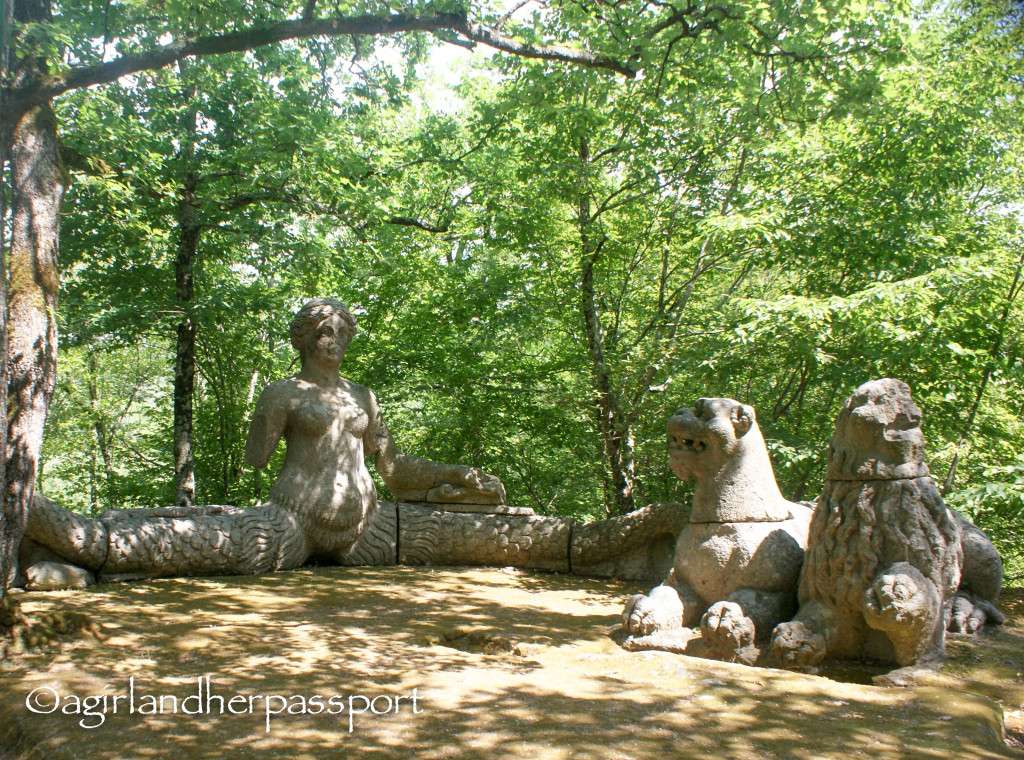 As you can see, the wooded area is also a beautiful place to visit. During the heat wave that happened that week, the park was a welcome relief being a few degrees cooler than everywhere else. They give you map to the sculptures, but it isn’t very good but does provide great information on the sculptures and the history of the park. Just follow the trails you and you shouldn’t have a problem finding all the sculptures. It took us about an hour to walk through all of it.

Monster Park is located just outside Bomarzo, Italy. You can get there from the A1 highway following the signs for Bomarzo. If you have an Italian GPS, it should get you there with no problems. Google maps directions seem also to be accurate. From April to October the park is open every day from 8:30 am to 7:00 pm and from November through March from 8:30 am to sunset. Adult tickets are €10, and kid tickets are €8. There is also a snack bar on site if you need a break before or after.

What is the strangest attraction you have seen on your travels?