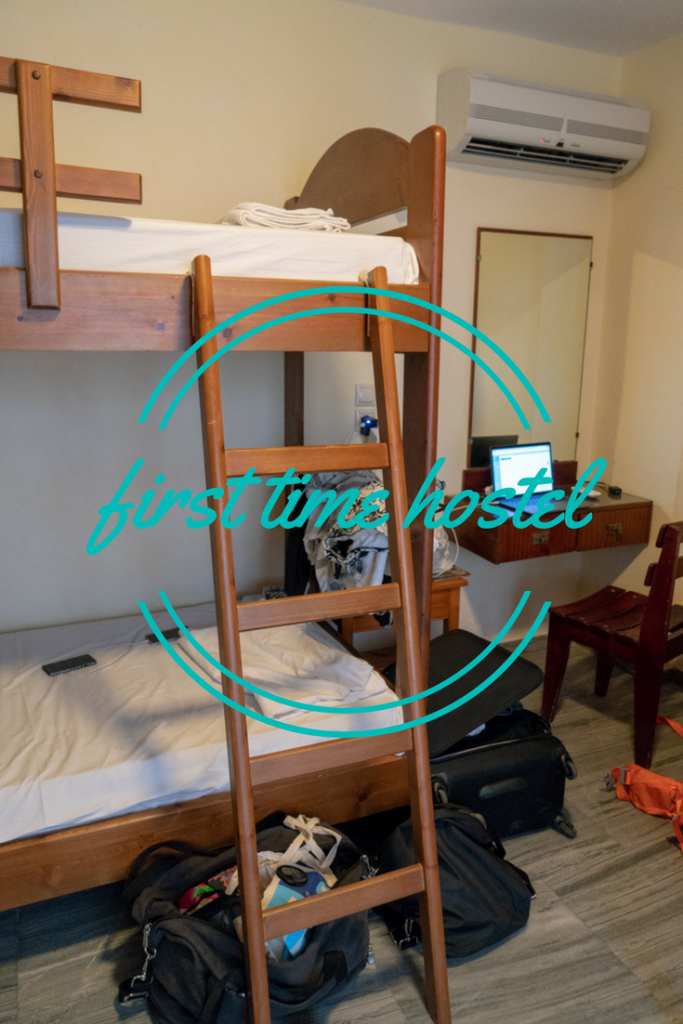 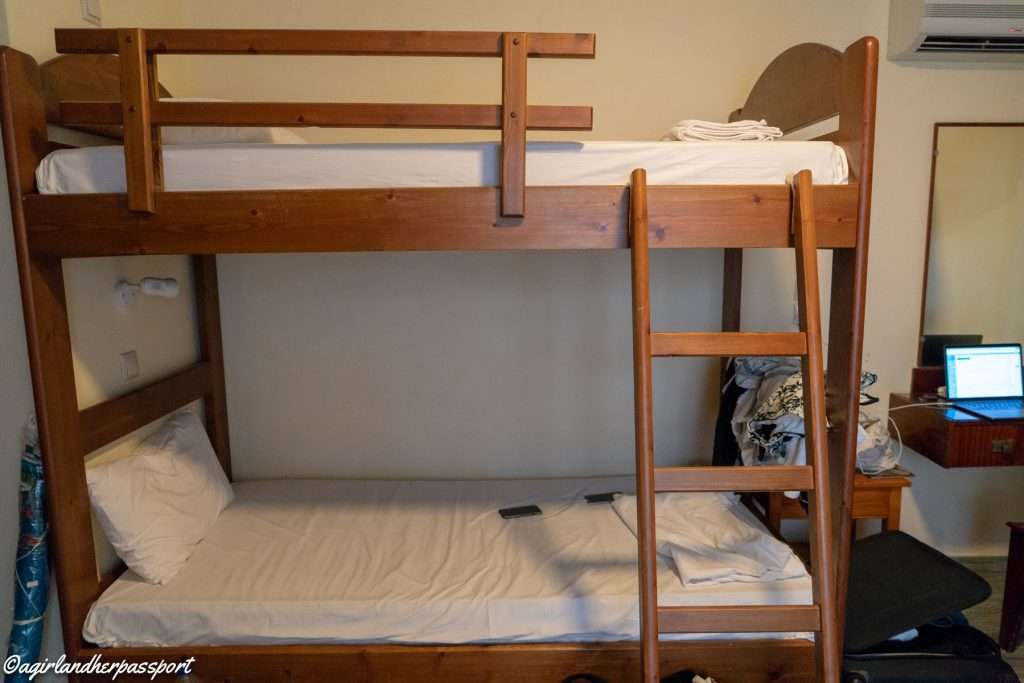 My biggest fear about staying in a hostel for the first time was that people would stay out late partying and be loud when they returned. The older I get, the less quality sleep I seem to get, so this was my biggest concern.

Another fear was that the room would be really messy with people’s stuff thrown about. I have seen pictures of some dorm rooms that are scary! I am not neat by any means, but combining a bunch of people’s mess in one room was not appealing to me at all.

My other fear was that my stuff might get stolen. Fortunately, I had only heard of people taking clothes, and while that would not be ideal, it wouldn’t be the end of the world.

I like to be alone, and I was afraid of having people around all day would drive me mad. 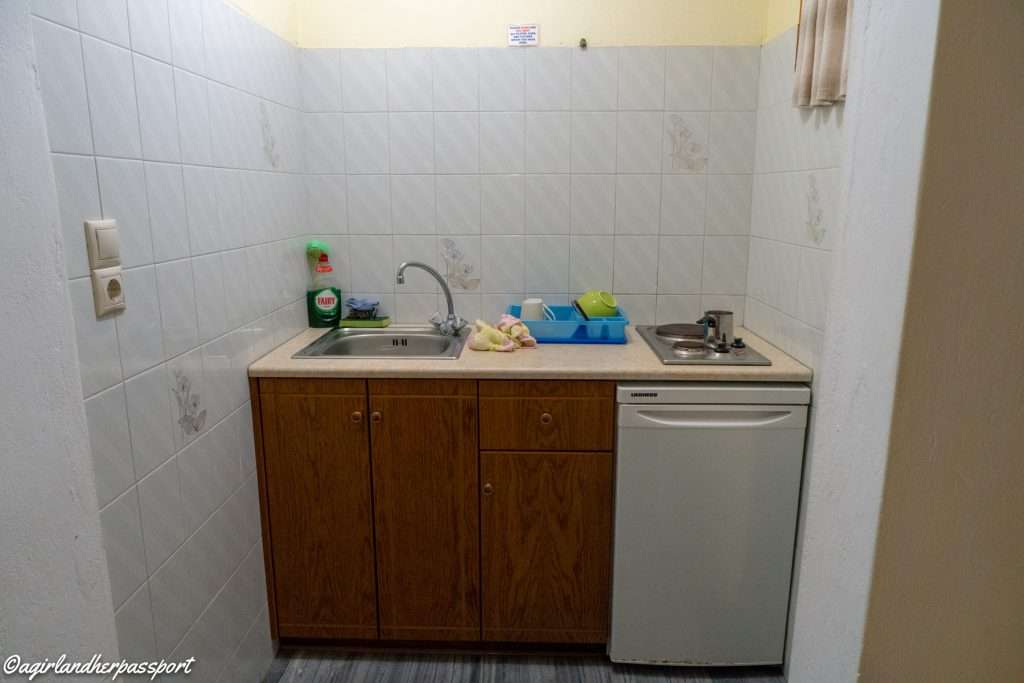 The first night in the hostel dorm, I shared the room with two Swedish girls. They did go out partying, but stayed out all night until way after I was awake! This was due in part to the fact that I still had jet lag and was up before dawn. Most of my other dorm mates were very quiet when they came home and rarely stayed out past midnight.

The first dorm room I stayed in got a bit messy, but not dirty. People seemed to try to keep it under control, and that was appreciated. My second dorm room was much less messy, but the room was tiny, so people kept it neat.

I very quickly learned that none of my dorm mates was going to steal my stuff! They were all just here to have a good time in Greece.

Most of my dorm mates have been gone most of the days so being along hasn’t been an issue. I also got lucky and had two nights to myself the first week. If I really needed a break, I went for a walk or a meal.

Tips for Avoiding these Issues

Avoid party hostels if you want to sleep. You can do research on hostels on Hostelworld. Hostels are usually pretty upfront about being party hostels, and you can always email them to ask. Stay in a smaller dorm room, and that will help eliminate the risk. All my rooms were 4-bed dorm rooms. I also have worn earplugs every night just in case.

Again, I think booking a smaller dorm room might help avoid the mess. I could be totally wrong. Setting a good example by being neat yourself might help as well.

Bring a padlock for the lockers or your suitcase. My hostel in Greece didn’t have lockers, so I just locked my suitcase. They did have a safe in the lobby for valuables.

If people really start to bug you then ask for a private room upgrade. I have been fully prepared to move rooms if I got stuck with someone awful. Also, keep in mind most people are only in a hostel for a few nights, and you may be rid of them before it becomes an issue. Like I said, go for a walk, go for a meal, and get out if needed.

So if you were thinking of avoiding hostels, like I have for 40 years, don’t! Stay in a hostel for the first time, meet new people and save some money. Also, there is such a thing as a five-star hostel!

What are your tips for staying in a hostel? 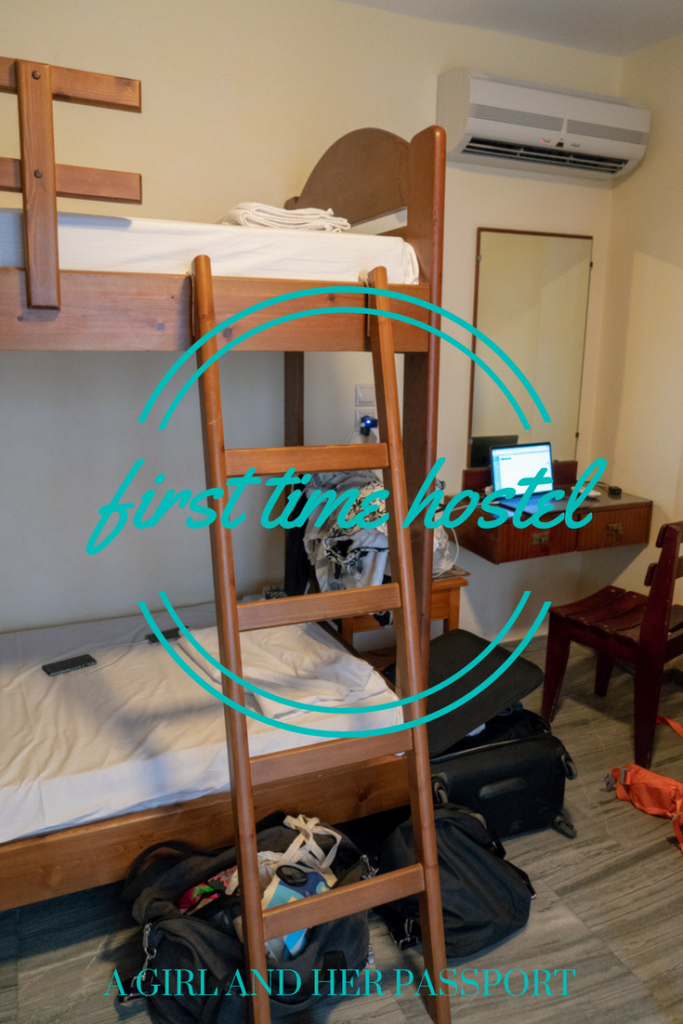