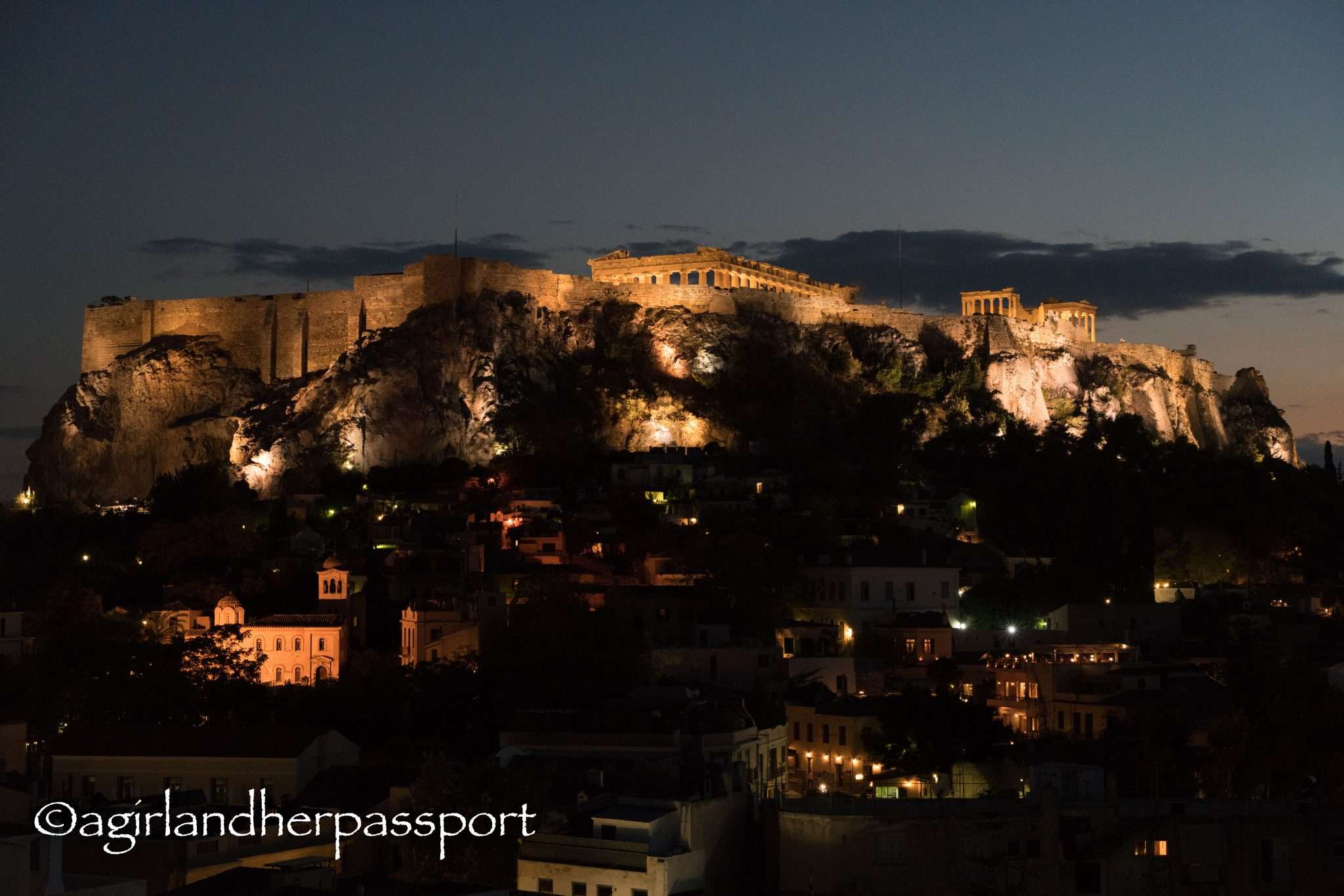 When I first told people that I was going to sail the Greek Islands, they thought I was going on a cruise, but they were wrong! Inspired by sailing up the Nile in Egypt, I decided to find another sailing adventure. I wanted to be close to the water and for more than a couple of days. After doing some research, what exactly I wanted out of the trip. I wanted a private cabin charter in Greece. Is that all Greek to you?

Basically, I wanted a small sailboat, not a cruise ship. I also wanted my own cabin. After looking at some budget options, I decided that going with a more expensive charter with some meals included and a tour guide was more my sailing style. Ultimately, I booked with Poseidon Charters for this sailing adventure. Then the long wait for the trip began!

The start of the two-week sailing trip begins in Athens. Most charters will leave from Athens, but some have options of leaving from one of the Greek Islands. Three years ago, I had a trip planned to Athens, but I had a medical emergency and it was canceled, so I arrived a day early so I could do a quick stop at the big attractions. I did the usual Acropolis, Hadrian’s Library, Agora, Acropolis Museum and some people watching.

I would say the best part of Athens was meeting a cousin I had never met before! Yes, I had to go all the way to Athens to meet my American cousin. She was there starting a semester abroad, and we thought we should meet up. She lives in Nebraska and given how little I am in the US now; this made sense. Unfortunately, we are not related on the Greek side, only the German side so I am still not Greek! We also didn’t have the good sense to take pictures of this epic meetup, so we will just have to remember that it happened.

I will admit that getting to the marina and finding the boat made me nervous. Yes, even after all these trips, I still worry about some things. The best way for me to get to the marina was to take the tram, but the tram wasn’t close to my hotel and dragging my suitcase across ancient streets and summer tourist crowds was not appealing to me. I also wasn’t too keen on taking a taxi in Athens as I have heard of people being scammed. I can be very firm, so I decided to let the hotel call me a taxi and they estimated it should be €15 to the marina. They gave the taxi driver directions in Greek, and I prayed I would make it to the correct Marina! Even though he didn’t speak a word of English and my Greek is zero, I made it, and he got a big tip from a grateful tourist.

The charter company had sent good directions, but arriving at the marina, I became worried as there were hundreds of boats. I walked down the pier looking for the name of the boat. It was all the way at the end due to its size. Arriving early in case of taxi mishaps, I had about an hour and a half to kill.  I took off to buy drinks for the happy hour aboard the boat as alcohol is not provided by the charter company.

Life Aboard the Sailboat

Once I returned to the boat, most of the other passengers had arrived and we were allowed to board. As I hadn’t seen my cabin yet, I was anxious to see what my home for the next two weeks would look like. I had been told the cabin was on the short side. This turned out to be just fine for me since I am short. The bonus was that it was wider than the other cabins and I was able to stand up in part of the cabin. I did, however, have to shower sitting down.

The first night we went to dinner near the marina and then slept on board in the harbor. We left early the next morning after a wonderful breakfast of greek yogurt, fruit, boiled eggs and granola; this would become the standard breakfast for the whole trip.

After leaving the harbor of each place we slept at, we would usually leave early, motor out till we found some good wind and raise the sails. Then we would head to the swim stop.  Some days this was on an island and other days it was off-shore somewhere. We would then have lunch aboard the ship. Lunch was usually something light and quick as sometimes we were underway while eating lunch. Other days we had more elaborate lunches, like the day we had spring rolls! The captain had brought the rice sheets all the way from Canada. Still not sure how he rolled all of them with the rocking back and forth.

After lunch, we would head to our next port, which is where we would anchor for the night. People have asked if we slept in hotels on the islands and the answer is no. We slept on the boat. Given the unpredictability of weather, there is no guarantee of what islands we will sail to, so you can’t make a hotel reservation in advance. Only one island was a guarantee, Ios, as that is where the second-week passengers get on. Not everyone did two weeks like crazy me!

After arriving at the next island, we might have time to sightsee if we arrived early enough and then we would usually go to dinner as a group. If we didn’t have time in the evening, a few places were closer together and we could go sightseeing in the morning. One night we didn’t anchor at a marina and we slept in a bay. This was my favorite night. We had a barbecue, stayed up watching the stars and a thunderstorm in the distance and I awoke to a stunning sunrise.

In the next post, I will talk more about the itinerary and what I did all day! There will more posts about specific islands later too, so stay tuned!

Have you gone sailing on a vacation? Tell us where and if you liked in the comments!