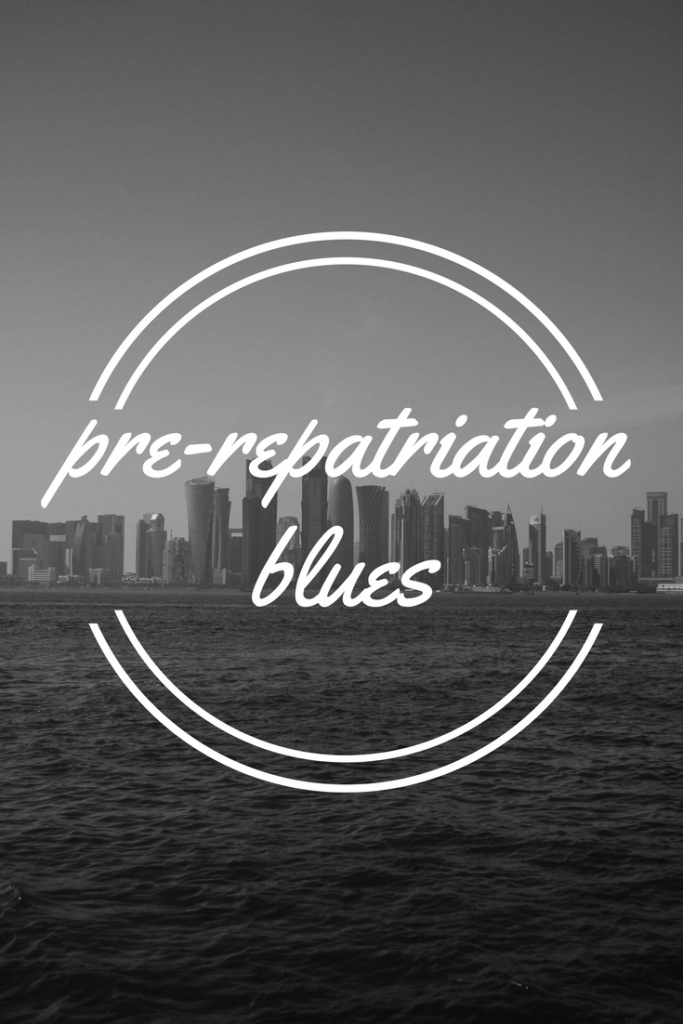 Many expats talk about the repatriation blues after they return to their home country. It can be hard to adjust to life back in your own country since it is now not the normal or having the excitement of moving to a new country. I have what I am calling the pre-repatriation blues.

Since I am not technically repatriating, I am not even sure this is the right term! I am only returning to my home country to store my stuff and see my family. I am sad to be leaving Qatar. A few times right after I gave notice, I had the feeling I had made a mistake and that I shouldn’t go. It is hard to describe what I was feeling. It was a mix of anxiety, fear, and self-doubt. What was I thinking quitting this well-paid exotic local job? Then reality set in that, for me, living to work isn’t how I want to live my life.

Then came the reaction to my post about quitting my job. I expected some sad reactions and a few supportive ones. I expected the people who disagreed with what I was doing would not say anything. Most of that happened, but I was overwhelmed by the statements of support not only from friends and family but total strangers. Then the sadness really set in as the more people you tell, the more disappointed friends, coworkers and students I encountered. They aren’t disappointed that I am traveling, but that I can’t stay and travel from Qatar. I have been on the verge of tears many times. One student insists on giving me a hug every time I see her. Who wouldn’t be sad to leave after all the outpouring of love!

Just like with everything else, time helps. Every week gets easier, and I get a few more things checked off the long list of to-dos before I go. That last day, though, I am trying not to think about it.

It Would Be Easier to Stay

Part of these “blues” are because it would be easier to just stay in Qatar. So many things have to be done to be able to leave Qatar. The biggest thing for me is selling my car, which I managed to do yesterday. Because people leave Qatar in cycles around the school year, selling your car in the Spring can be difficult, and you are most likely not going to get as much money for it as you wanted. The other part of this is fielding the calls from people who know that you have to sell the car and making ridiculous offers for the car. I had some people be very rude as well. Like somehow, I owed them the car since they were willing to make an offer! (We won’t talk about the fact that I was also emotionally attached to my car!)

The next hurdle to jump is closing your bank account. That sounds so simple in theory. Go in and close it, right? Not so fast. First, you have to cancel your credit card. Credit cards here are attached to your bank account, so I can’t close my account till the credit card has been cleared for 45 days. Since I never picked up the credit card or activated it should be reasonable that I shouldn’t have to wait the 45 days, but no! So now I won’t be able to close my bank account until some time in late May. It isn’t the end of the world, but something I could take care of now.

Qatar uses a sponsorship system for expats working in the country. Basically, my company sponsors me to be in the country. Part of that includes getting a residence permit. This also has to be canceled before I go. My company needs ten business days to do that. Then once it is canceled, I have seven days to leave Qatar. Not stressful at all! This means I will leave four days after my last day of work. Again, it isn’t bad as I have started to pack, but it adds some pressure.

And I wouldn’t have to say goodbye!

The other part of all this is that I am determined to return to the US in my suitcases and not have to ship anything home. I am ruthless when it comes to getting rid of my possessions. Five bags of clothes and shoes have gone out the door and countless bags of paper trash. The rest of it will be sold or given away before I leave.

Packing has already begun, so that is the least stressful part about this whole situation. It also means I should know if I will need to ship some stuff. The only hard part will be getting it all to the airport.

Have you moved back home after being an expat? Did you have pre-repatriation blues? 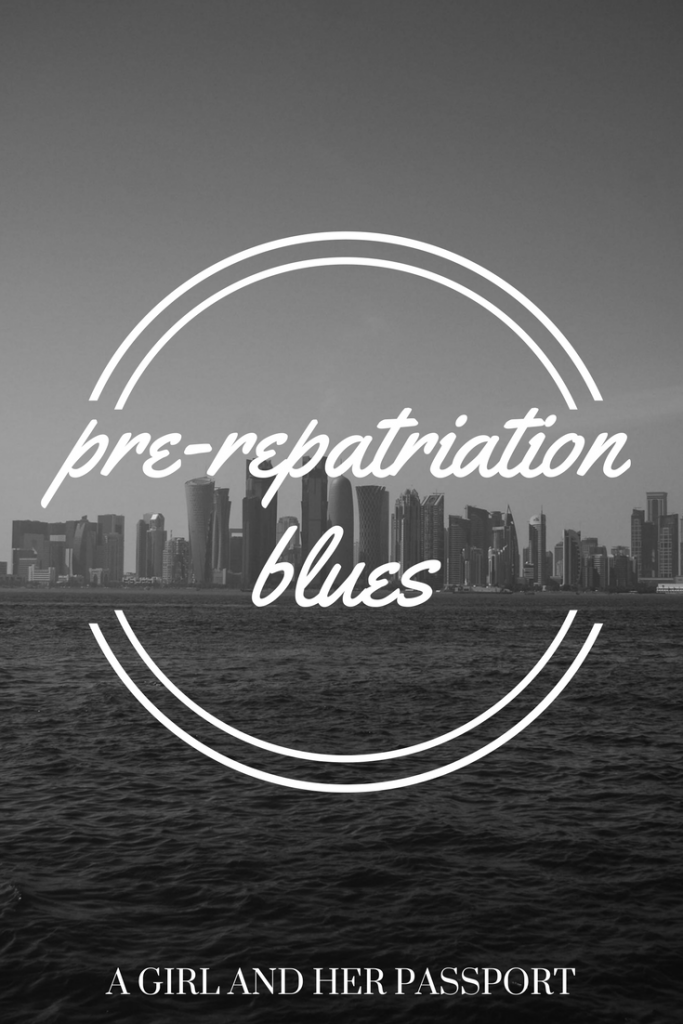 London from the River: A Photo Essay