One Year Living in Greece 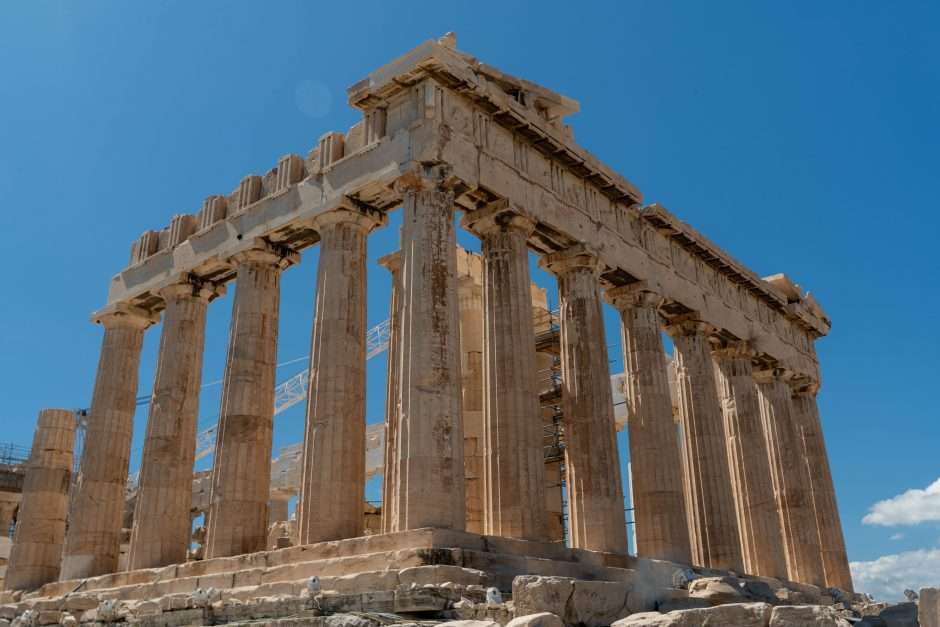 This week marks one year of living in Greece. The year has not gone as expected for so many reasons! I am sure many of us are feeling that way about 2020, though. This year has tested my patience, made me question my decisions, brought new opportunities and new friends.

What happened in Naxos

The plan all along was to live on the island of Naxos. Island life is what appealed to me about Greece. Life on a Greek island is slow, and the beach is always nearby.

However, finding an apartment on an island that is slowly bringing more and more tourists every year made it hard to find an apartment. Many apartments have been converted to Airbnbs, and landlords want you leave during the summer months.

There is no central real estate listing in Greece, and on the island, they tend not to use internet listings. This meant endless asking around and looking for these bright yellow stickers that had for rent listing on them, in Greek!

After some weeks of bouncing around hotels and Airbnbs, I found a studio apartment. The rent was a great price, and the location was perfect. It was in the center of town and about a 10 minute walk to the beach. I thought all was well.

Then after about two weeks, my landlady complained about my air conditioning usage. I wasn’t quite sure why since I was paying for electricity. I found out later that it was because her and her husband’s bedroom was right above the unit, and they slept with their windows open. Long story short, I moved out. Back to a hotel I went!

All during this time, I was trying to get an appointment with the Alien’s (Immigration) office, which is on another island. The phone would ring, and ring and sometimes no one would answer. Then if they did answer, they didn’t speak English.

Friends who speak Greek called, and either couldn’t get someone to pick up, or they wouldn’t help them either. It was a nightmare.

Between never getting anyone on the phone at the office and my lack of long term accommodation, I decided that Athens might be a better option even if that meant not living near the beach and my friends. I returned to Athens in late October with a plan to go to Spain for about a month to think.

My one extra suitcase went into storage in Athens, and in November, I headed to a co-living space in Spain.

One Month turns into Two

Once I got to Spain, I had a great time and really didn’t want to stop traveling. After the co-living space, I spent another ten days in Valencia. Although some of that time was not supposed to be spent there, a train strike in France change my plans to take a train all the way from Valencia to Amsterdam.

Eventually, I made it to Amsterdam for Christmas. I had secured a pet sitting job in exchange for a place to stay, and Amsterdam is very expensive, so I was glad to have this option. Plus, the two kitties I watch were adorable and were 19 years old!

I spent Christmas Day wandering the Van Gogh museum and eating at Christmas markets. All the while reveling in the fact that I was traveling again and really not wanting to face up to the things I need to do back in Greece. So I went to Germany for New Years’. One of my friends from the co-living space invited me to stay with her for a while, and I got to see a small part of Germany, a new country for me.

Knowing me, I could have kept running around Europe forever. My desire for a Greece resident permit brought me back to reality, and I returned to Athens in early January.

The apartment hunt began again. This time there was much more online, but good luck getting someone to write you back, and I couldn’t call since I knew almost no one in Athens to help me translate. I ended up taking the second place I saw as it was in my desired neighborhood.

Hindsight is 2020, though, and now I wish I had looked longer and found a place that was cheaper and had a balcony. This all revealed itself in March when the world changed forever again.

I contacted a lawyer right away to get the resident permit sorted, but due to his fees, I delayed so I could save up some money. That was probably a mistake, but again I had no idea what was coming.

Blaring emergency notices came out from my American and Greek phones one evening announcing that we would be going into lockdown starting March 23 at 6 AM due to COVID-19. We had already had one emergency alert a week before telling us to be cautious, and much was closed already.

I had been dating someone, so he quickly came over to bring me food and give me a hug. He was one of the few people I knew in Athens, so I felt overwhelmed with the thought of being alone for an unknown amount of time. Not only that, but now my resident permit was going to be delayed because the office was closed.

There were many days of thinking I had made the wrong decision to be here and whether or not I should return to the US. Ultimately I decided to stay. The guy I was seeing broke it off in the middle of all this, leaving me even more alone. I took many walks around my neighborhood to cope.

In late May, Greece lifted our strict restrictions on going out, and while there wasn’t much open, I could go for further walks. In June, restaurants could let people sit outside, and I started to make friends.

It took to a few more months to get all the offices opening and working in Greece and much of their processes online. Just last Friday, I learned I have an appointment for my resident permit interview. Ironically, one day after my visa expires!

What I have Learned

One of the biggest things is to learn to have more patience or at least to tell myself to be patient. With the delays of the resident permit, I have learned that I just need to let things work themselves out since they are beyond my control anyway. This is still hard for me.

Greece operates on its own timeline, and I knew that, but now I know it usually works out in the end.

Good things can come from bad experiences. During lockdown, I started doing weekly vlogs on my very small YouTube channel. These were a big hit, and while my channel is still very small, it has grown into something I really enjoy. I am teaching myself about filming, editing and YouTube.

Despite what you might think, I have always been an introvert. Coming out of lockdown turned me into a person who wanted to go out all the time. I am just starting to return to my introvert ways, which might be good since cases of COVID-19 are increasing here daily.

Being away from my family has been hard, but we talk a lot which we always have. My mom has learned to text better, and even send photos to me!

In one way, I am grateful to the virus. My best friend had been terminally ill for several years when I left. I had hoped that when I left, she had a few more years left. However, I was wrong, and she passed away in July.

This was my biggest fear of going away and that I wouldn’t be there to say goodbye. COVID-19 made it impossible to go home, and ultimately her family decided to only have immediate family at the funeral, and to broadcast it live on Facebook. So I was able to attend all the way from Greece. It wasn’t the same, but I was grateful for this small comfort. Her family also allowed me to write her obituary as my final gift to her.

The last year of living in Greece was nothing like I expected and I think that is the biggest lesson of all. Expect the unexpected, and when the unexpected comes, go with the flow.

What is Happening to the Blog

A few people have asked me about the blog since I haven’t written anything in so long. With travel being suspended in most of the world, it didn’t seem right to keep writing about travel, and then I stopped traveling.

For now, I will only be traveling in Greece and plan on sharing those experiences here again soon. The blog is not going away, but there will be fewer posts than in a normal year. My traffic had tanked, and while I thought this was the year I was going to make a profit on the blog, I hope that I can rollover the small successes from this year into 2021! I hope you will join me over on my YouTube channel as well.

Wishing you all health and happiness. Stay safe

The Year of Traveling Fearlessly: Going Where You Don’t Speak the Language

Armchair Travel with Live Webcams Around the World