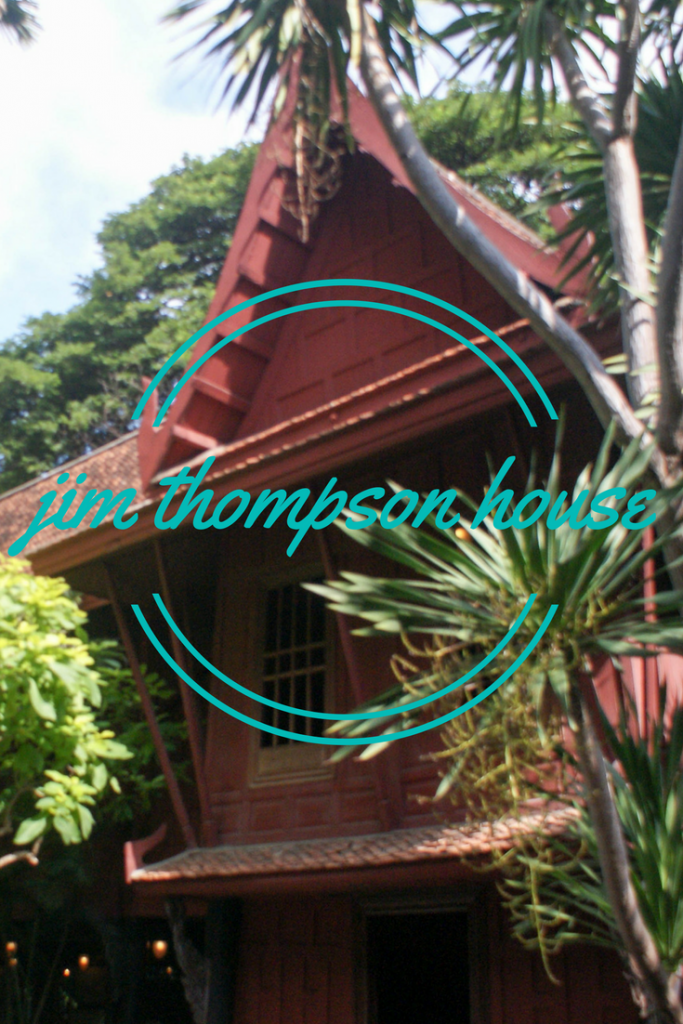 Stepping out of the air-conditioned van into the humidity of Bangkok, I realized this experience would be different from the rest of my time in there. The noise of cars and motorbikes had disappeared to be replaced by the sounds of boats in the canal nearby. Walking down a gravel path past the gift shop and restaurant, the giant plants of the garden almost obscured the house from view. Having arrived before opening, I took the time to walk around the garden to explore. Plants seemed to grow to extreme sizes due to the humidity and rain. Giant coy fish also appear to have developed unencumbered in their pond. 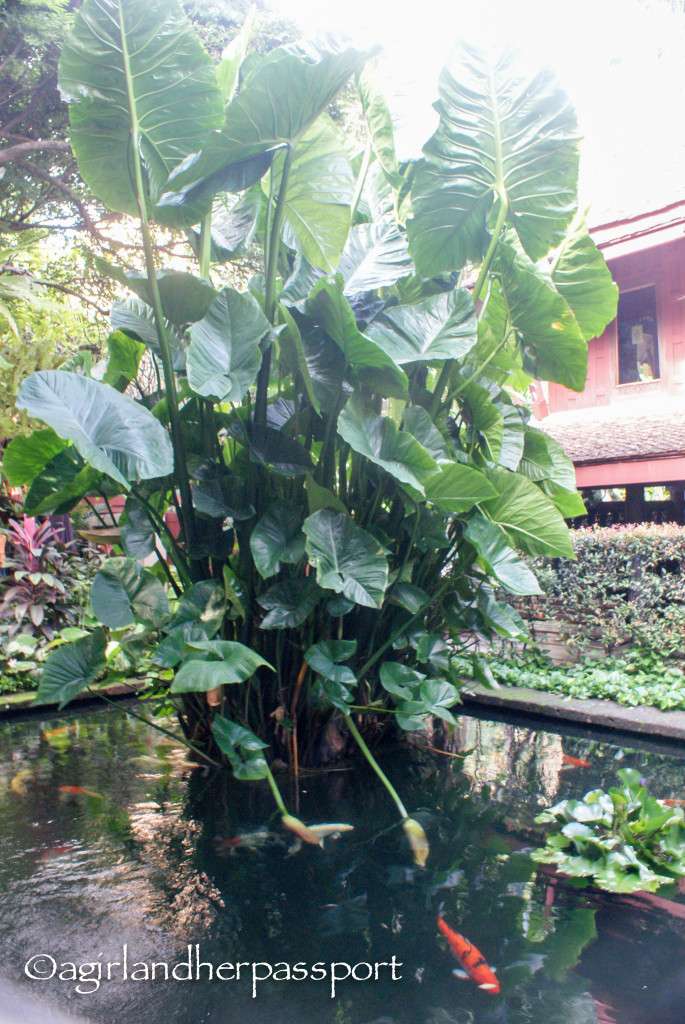 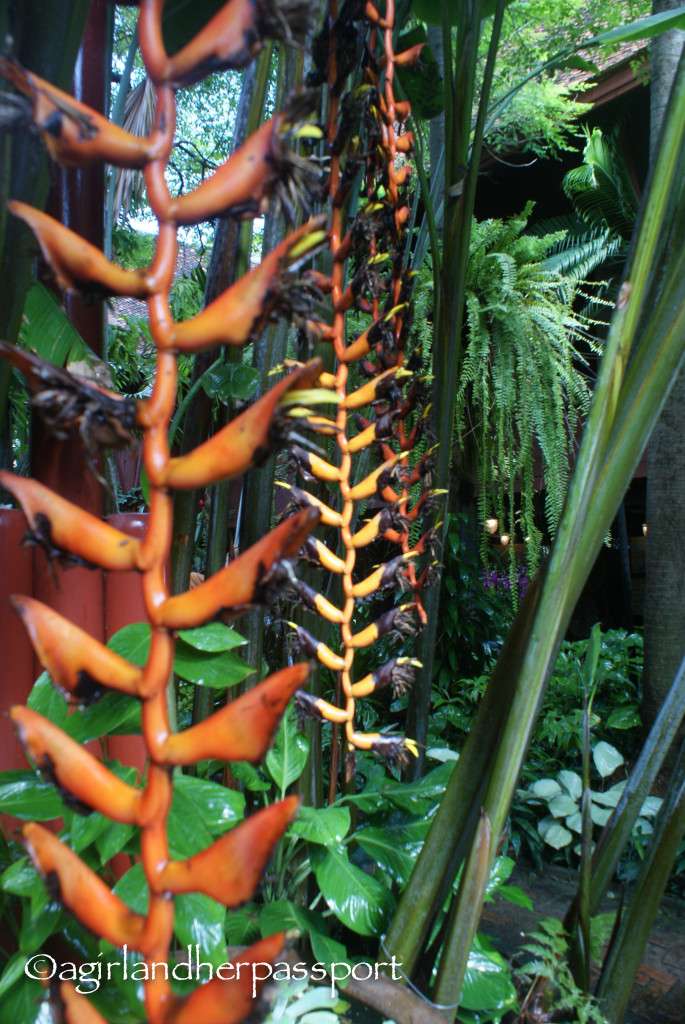 Knowing little about the man who’s house I was about to explore, I was glad when the tour started for the Jim Thompson House. But this is also where the mystery begins. Jim Thompson revived the silk trade in Thailand in the late 1940s after World War II ended. During the war, he had served in the Office of Strategic Services, the precursor to the CIA. After the war had ended, he was assigned to set up the OSS office in Bangkok. In 1946, he was discharged from the army, and he returned to Bangkok to work on the Oriental Hotel, but after some disagreements with other shareholders, he turned his attention to Thai silk.

Jim Thompson started his own company to export Thai silk and had great success. He even provided the Thai silk for the movie production of “The King and I.” Jim Thompson was also an architect and designed and built the house. He noticed many of the old style Thai houses were still in excellent condition and decided to create his own in the Thai style along with some western touches, such as an internal staircase. 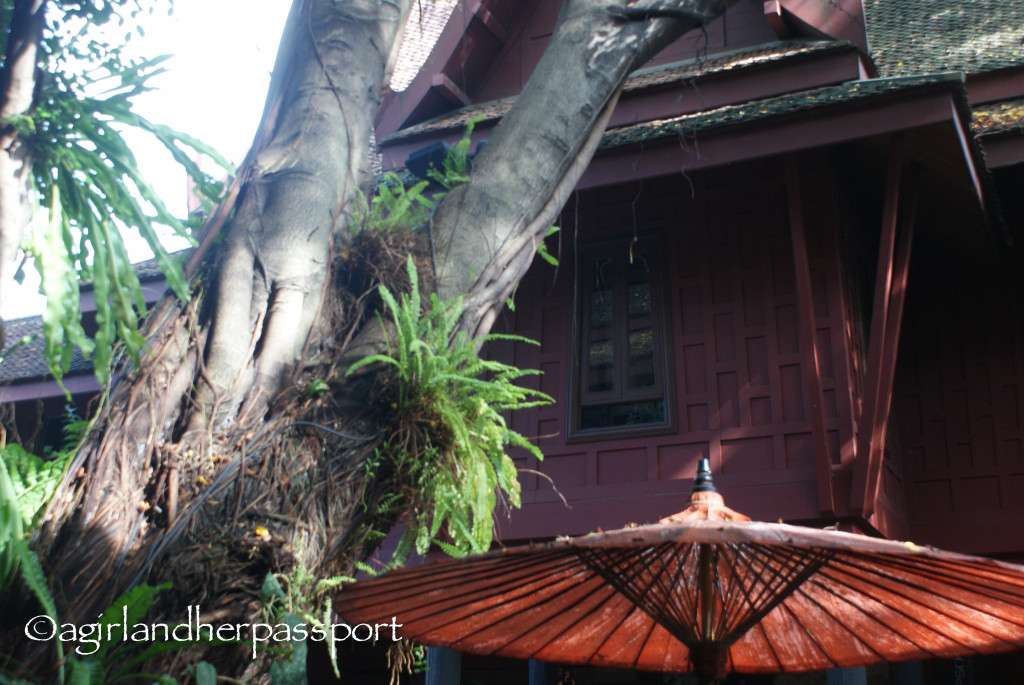 After much success and opening a physical store on March 21, 1967, Mr. Thompson took a holiday to the Cameron Highlands in Malaysia. Five days later Mr. Thompson disappeared and has never been seen again. Many theories abound as to what happened to Jim Thompson. Was he kidnapped? No ransom has ever been asked for. Was he killed? No body has never been found. Was he a double agent about to be exposed and he deliberately disappeared? There was a supposed sighting of him in Tahiti a few months after the disappearance, but nothing sense. Did he get lost or die of starvation or was attacked by an animal? This is highly unlikely as he was trained in jungle survival as a part of his OSS training. Was he still a spy and he was captured? No government has ever claimed to be his abductors or asked for a prisoner trade for him. Adding to this mystery is that his sister was murdered six months later in her home in the United States. 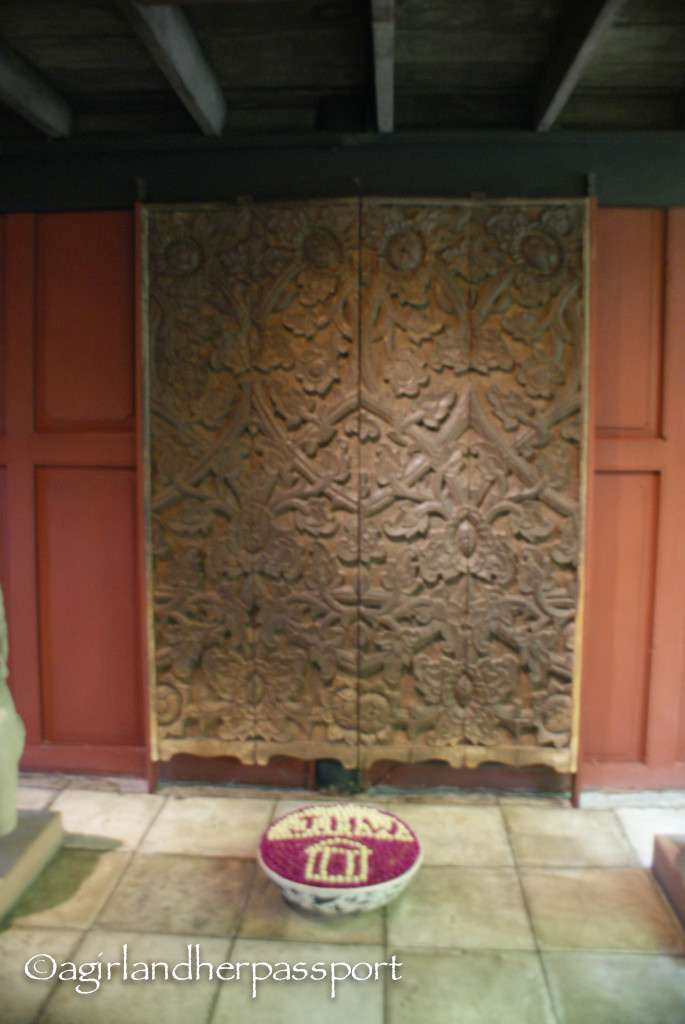 Eventually, people stopped looking for Jim Thompson, and his house became a museum. His company still runs and produces the bright Thai silk that he made famous. The house is basically untouched from when he left for his trip to Malaysia. While his disappearance was only briefly mentioned on the tour, it hung in the air while the tour continued around the house. You could almost sense that his possessions were awaiting him to walk through and sit down on the silk divan to take his regular nap.

How to Visit the Jim Thompson House: The Jim Thompson House is conveniently located less than a five-minute walk from the BTS Skytrain National Stadium stop. The hours are 9:00 AM to 6:00 PM, however when we were there, I think they opened at 9:30. The entrance fee is 150 Baht for adults and 100 Baht for students under the age of 22. The guided tour is mandatory, and your shoes must be removed to tour the house. Photography is not allowed inside the house. 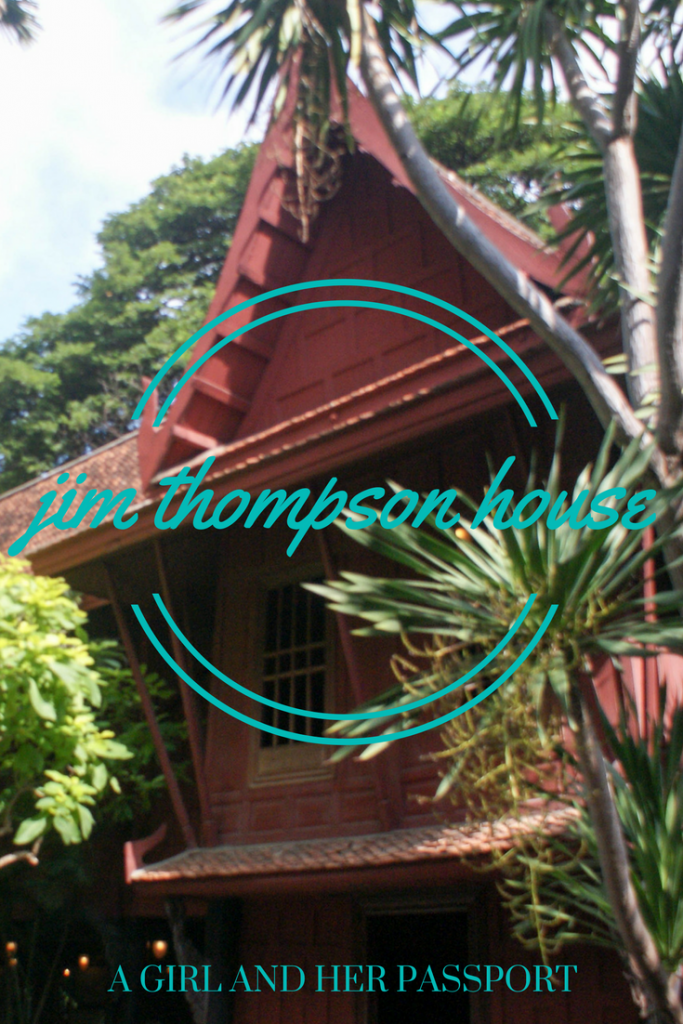 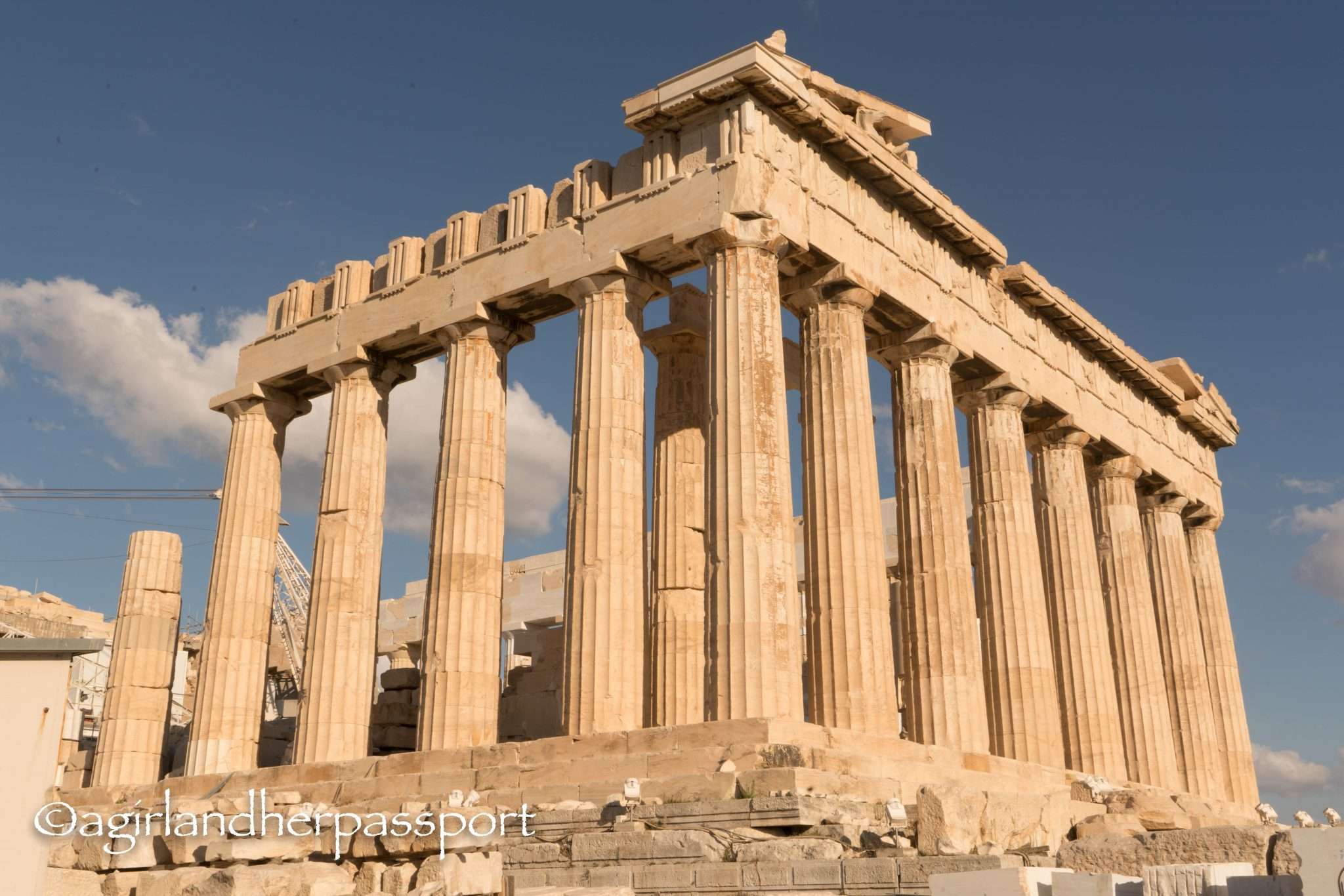 Life in Greece at This Time