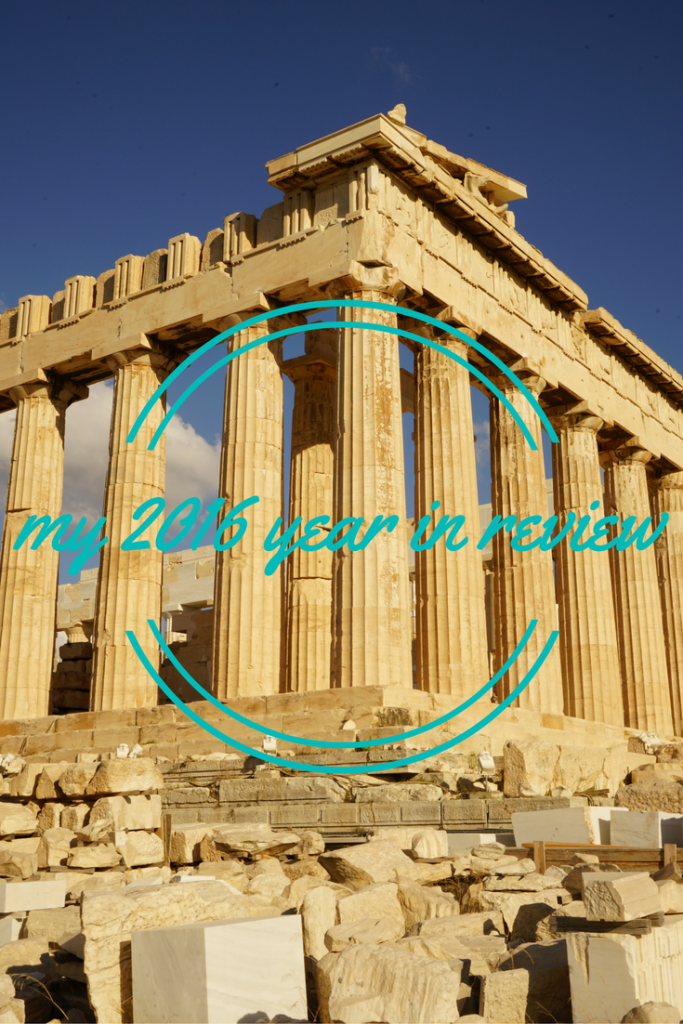 I know the general consensus from the world is that they would like 2016 to be over. While I agree some awful things are happening in the world, I would like to focus on the good things of 2016. This year I am going to tell you all the good things, not just the travel things. Here is my 2016 year in review!

As usual, I was looking to plan a trip right when I returned from my trip home. I quickly decided, with the help of my Mom, to head to Egypt in February! Not sure why it took me so long to decide to go there as I had wanted to go for a long time. 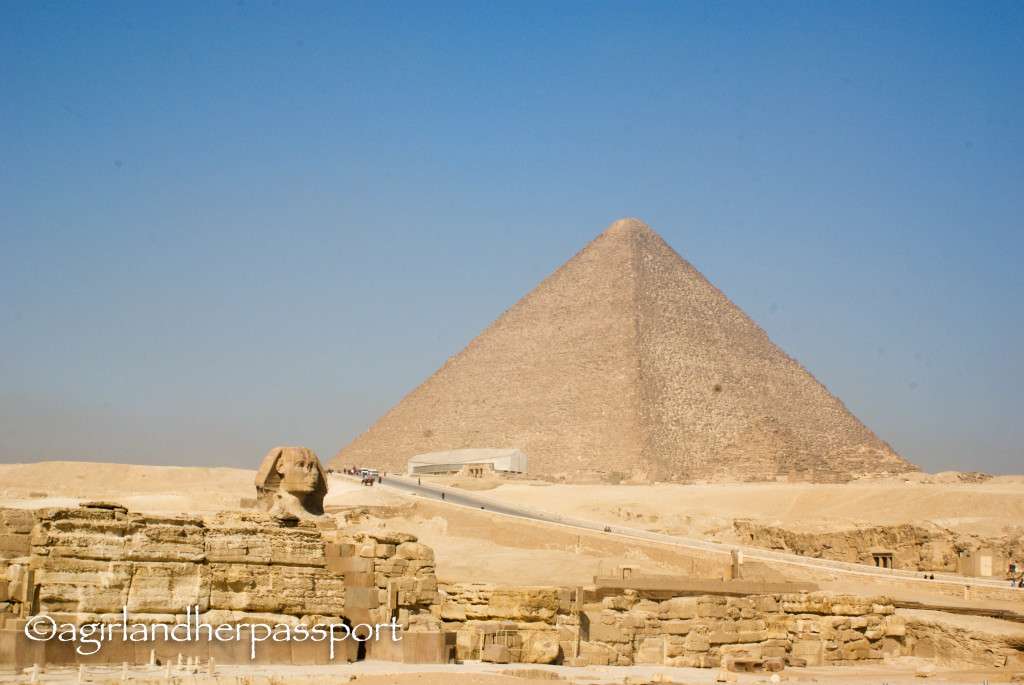 My trip to Egypt was the second week of the month, and I loved every minute of it. Seeing the pyramids was an experience I will never forget. It just baffles me that humans made them. Sailing up the Nile was another experience that I truly enjoyed. I can sit and watch the water go by for hours and not get bored. Not only that I got to see the sun set and rise over the Nile. Here is the video from that day.

I started working out with a personal trainer. This set me up to lose four clothing sizes over the next several months! If you follow me on Snapchat, you probably saw lots of snaps of me on the treadmill and pictures of the sunrise over Doha.

One of my friends invited me on a Dhow boat cruise, which I had only done once before. It was a warm day with great company. I met new people and watched the lights come on in Doha as the sun went down. I also took one of my favorite photos of the year that day! 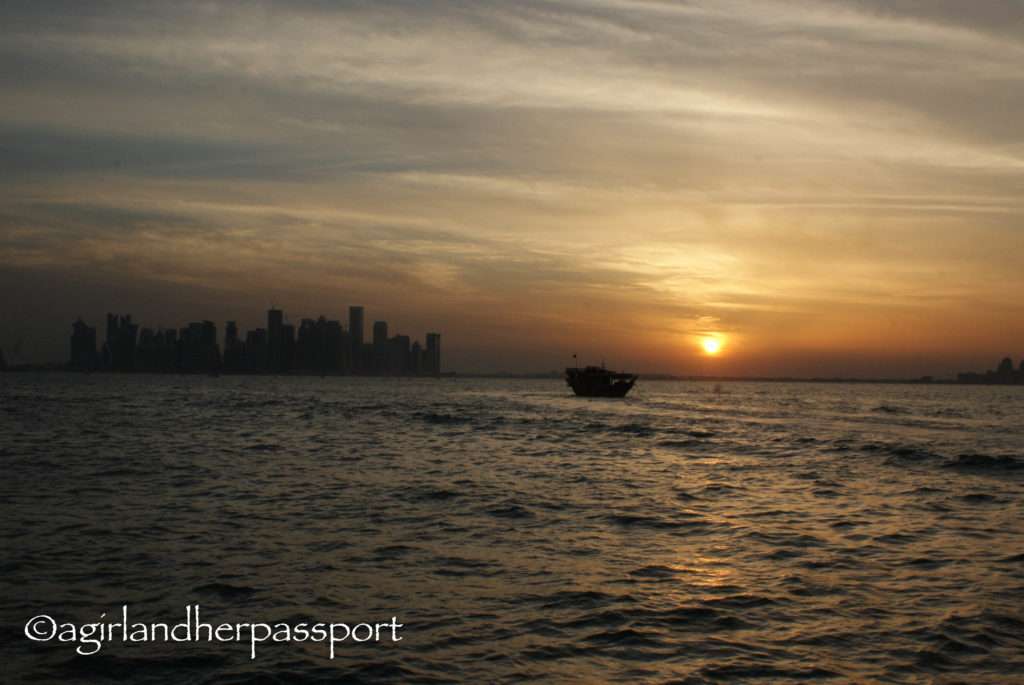 A paper I wrote was accepted to be presented at a conference, and the conference just happened to be in Slovenia! Slovenia is by far the most beautiful country I have been to so far. I got to see much of its beauty because I drove from Ljubljana to Radenci, where the conference was being held. Not only was it beautiful, but the food was also amazing. Most of it was local, and you could taste how fresh it was. 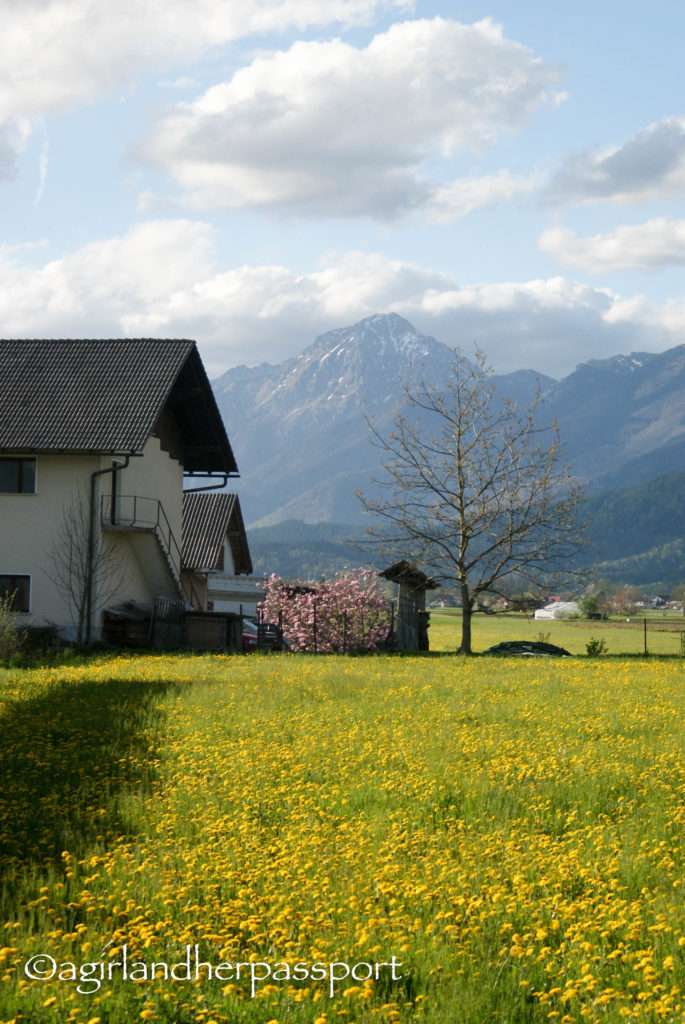 I treated myself to a staycation at the W Doha. Staycations may become my new obsession! I felt totally relaxed after the stay, and there was no stress of having to travel anywhere. 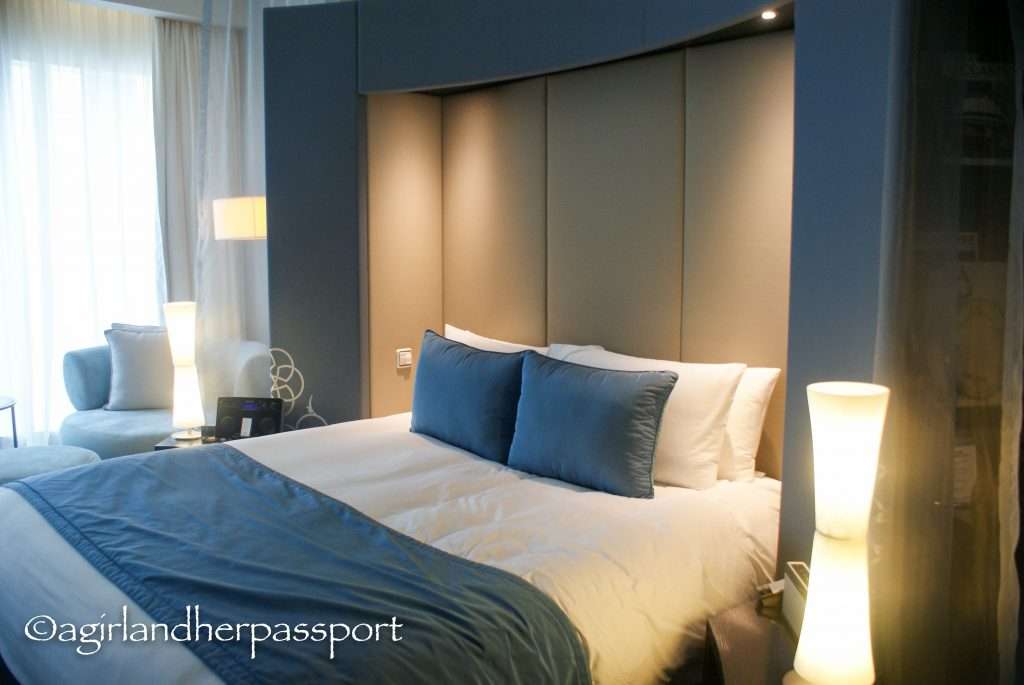 May was a month of prepping. By now I had lost all the weight and desperately needed new clothes. I was heading to Italy for a month at the end of May and had nothing to wear! Not that I am complaining. A good friend went with me to try on clothes, and it was a good thing she did as I would have left with clothes slightly too big because I wasn’t convinced yet that I had lost so much weight.

At the very end of May, I left for a month in Italy. Believe it or not, this was for work. I was taking a course on bookbinding and bookbinding restoration. The first weekend though was spent with my friends in Italy. They just happen to live close to the course and it was great to start of my trip with them. They live in a small village and when I arrived the Infiorata was happening.  Such a neat experience. 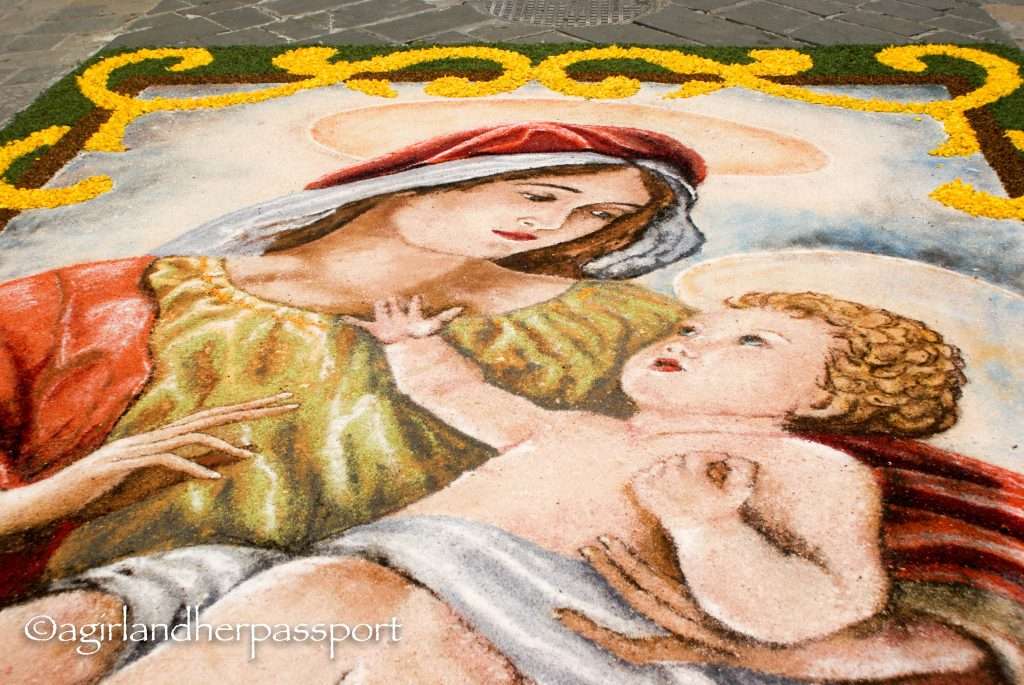 June stands out as one of the best months as I finally discovered Florence! The second weekend in Italy, I headed to Florence for the first time despite having been to Italy twice before. I fell in love right away. So much so that I went back the next weekend. I enjoyed just walking around and looking at all the amazing architecture. It was like walking through an outdoor museum. 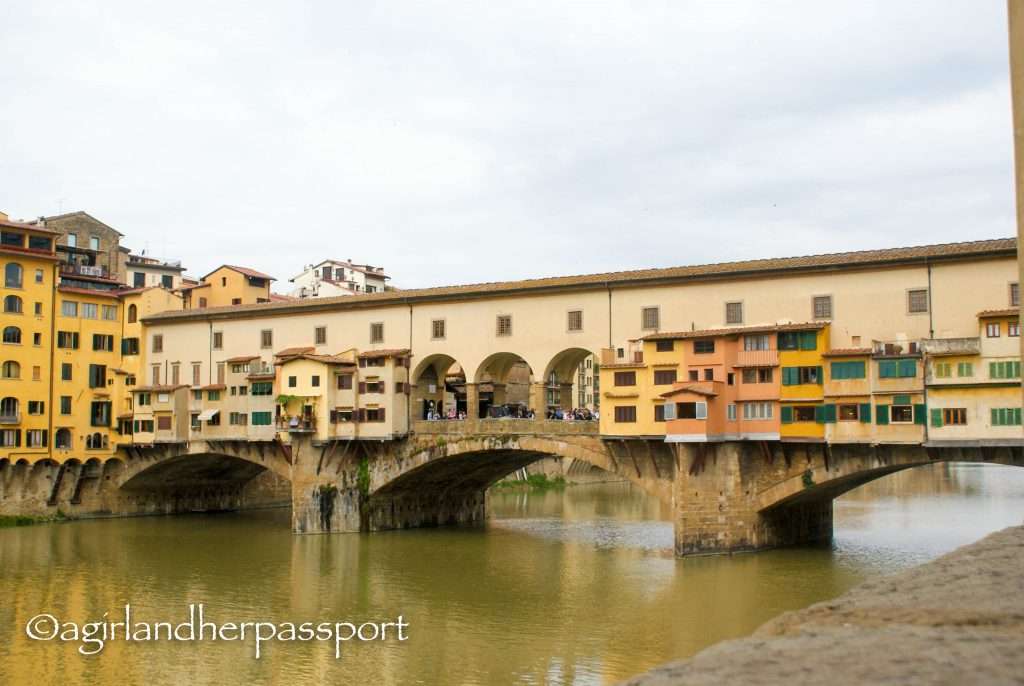 The fourth weekend I was in Italy, I spent it exploring more of Umbria. This was when I discovered the lovely towns of Assisi and Gubbio. I recommend you drive to these towns to see the wonderful Umbrian countryside. 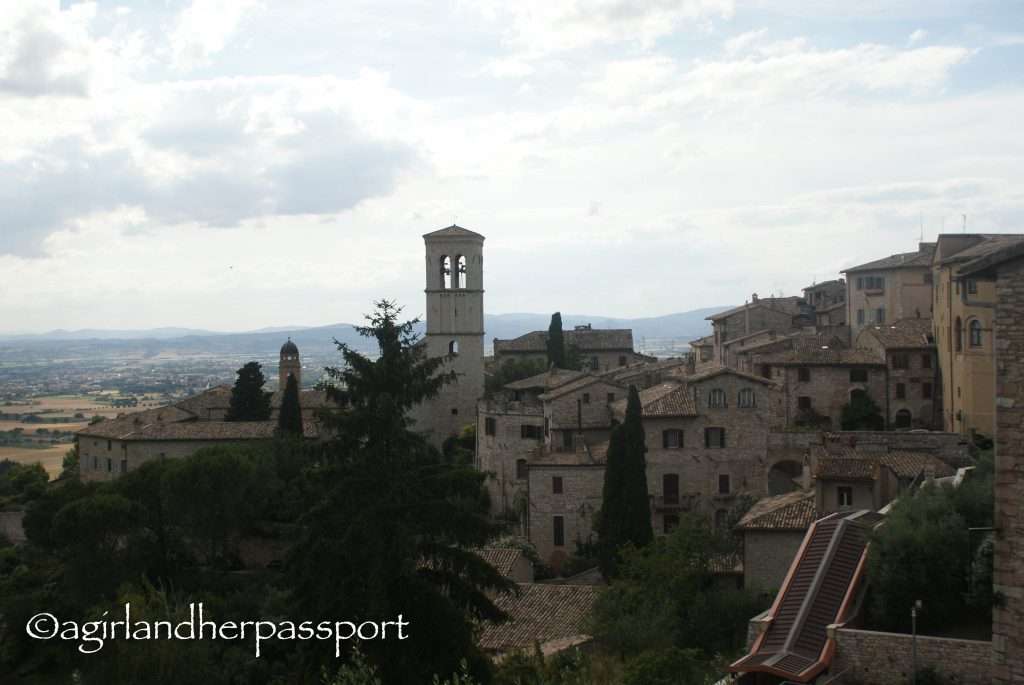 Right when I returned from Italy there was a holiday in Qatar and headed to Oman. Every summer Oman has a monsoon season which, as you can imagine, is rare in the Middle East. For three days I didn’t see the sun!

In August, I need to attend a conference in the United States. I decide to combine the work trip with a visit home. This time I decided not to take a direct flight from Doha to Dallas. I wanted to fly business and the only way I could afford it was to fly American Airlines with a stop in London. Even though I prefer to go direct, the layover was short and it was nice to get a break from the plane.

I spent about a week with my family. I did my usual see doctors and get a haircut routine. It is always great to spend time with my family even though it was short.

The conference I attended was in Atlanta, and one of my good friends lives within driving distance. I hadn’t seen her in 3 years, and she volunteered to drive down for the day to see me! We spent a day catching up at the Atlanta Botanical Gardens seeing the Chihuly Exhibit.

The sailing trip up the Nile in February inspired me to find a sailing cruise for later in the year. So I headed to Greece the first week of September to sail the Greek Islands for two weeks.  I know you may be wondering, why haven’t I seen a post on Greece yet!? They are coming, I promise. I took several blogging breaks this year and happy to say I think it has improved the blog post quality and I am motivated again.

Two common sights in Santorini, churches and ferries. Santorini was still crowded when I went a week ago and while it was beautiful, I did not like the crowds. What did you think of Santorini? #santorini

I hadn’t planned on going anywhere in October, but I found a conference I wanted to attend. The conference just happened to be in Florence! I was thrilled. The conference was being held in the Uffizi Gallery Library. While most of the time was spent at the conference, I got to stay in my favorite Florence hotel. I also got to wake up in Florence on my birthday! 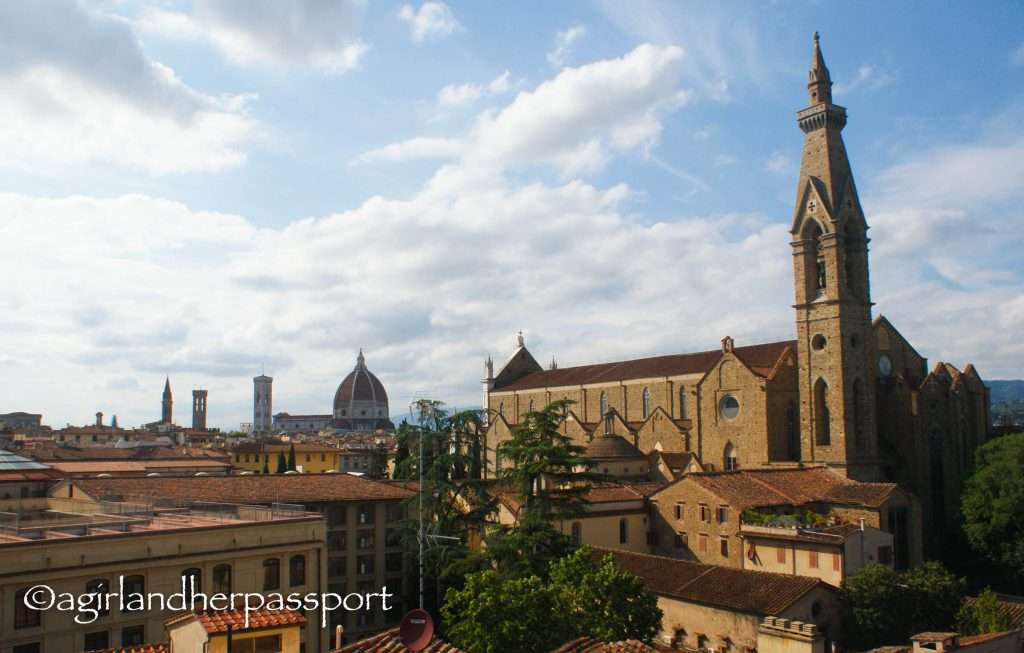 While I didn’t travel anywhere in November, I had three Thanksgivings! It was great to catch up with old friends and make new ones. One of these Thanksgiving was an invite to the Four Seasons Doha to taste their Thanksgiving buffet. It was a beautiful meal offered at their Italian restaurant, El Teatro. 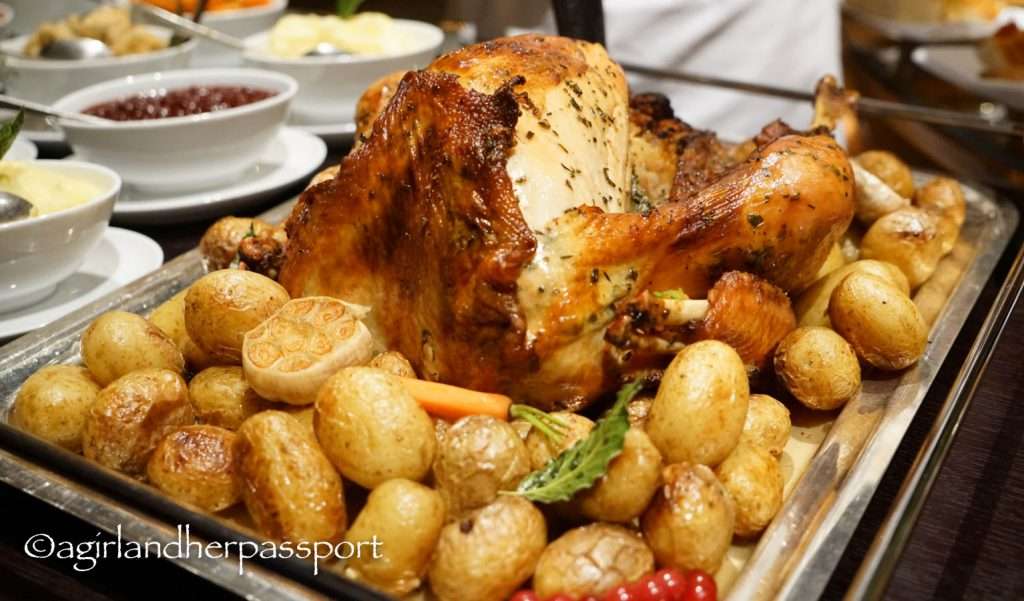 The first weekend in December, I was invited by the Intercontinental Doha the City to enjoy a staycation! The room offered a stunning view of downtown Doha. I really enjoyed watching the lights come on as the sun went down from the couch. 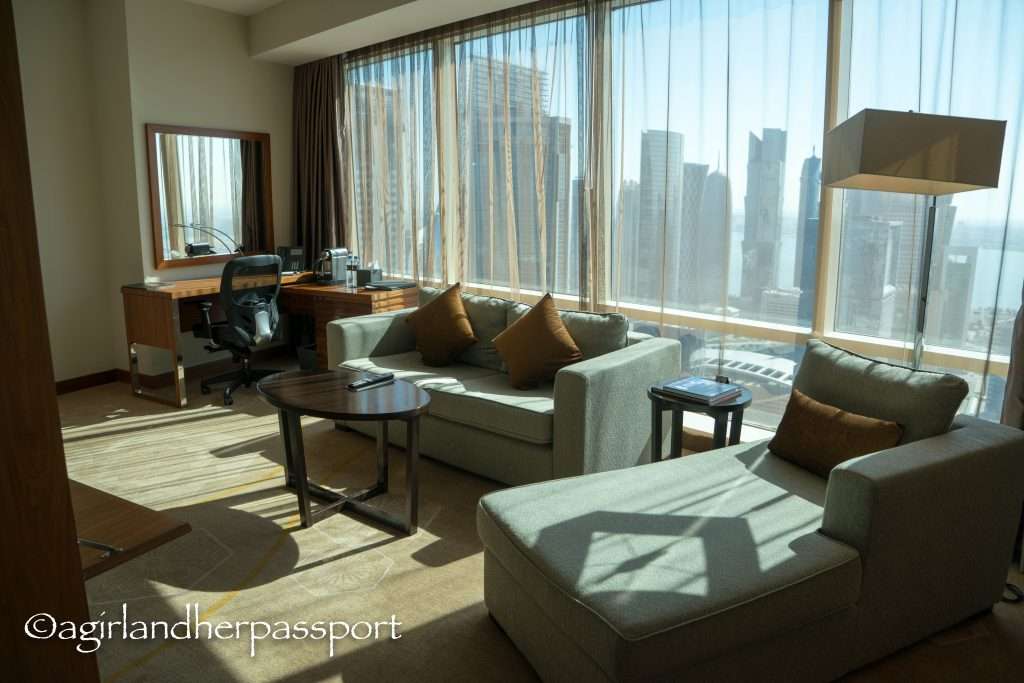 Now I am back home again enjoying time with family. We are having the usual crazy Texas weather where it is 70 during the day and then drops 50 degrees in one day. My parents have a fireplace and I am loving the fire. Christmas celebrations at our house include getting presents and stockings from Santa. Our Christmas tree has a train around it and elves climbing the side.

This will be the last official blog post of 2016 as I will take the rest of the year off to enjoy being with my family before heading back to Doha.

What was your best memory of 2016? Share with us in the comments.

I Have a Secret to Tell You

6 Gifts for Travelers and a Giveaway!