The Colors of the Mapusa Friday Market 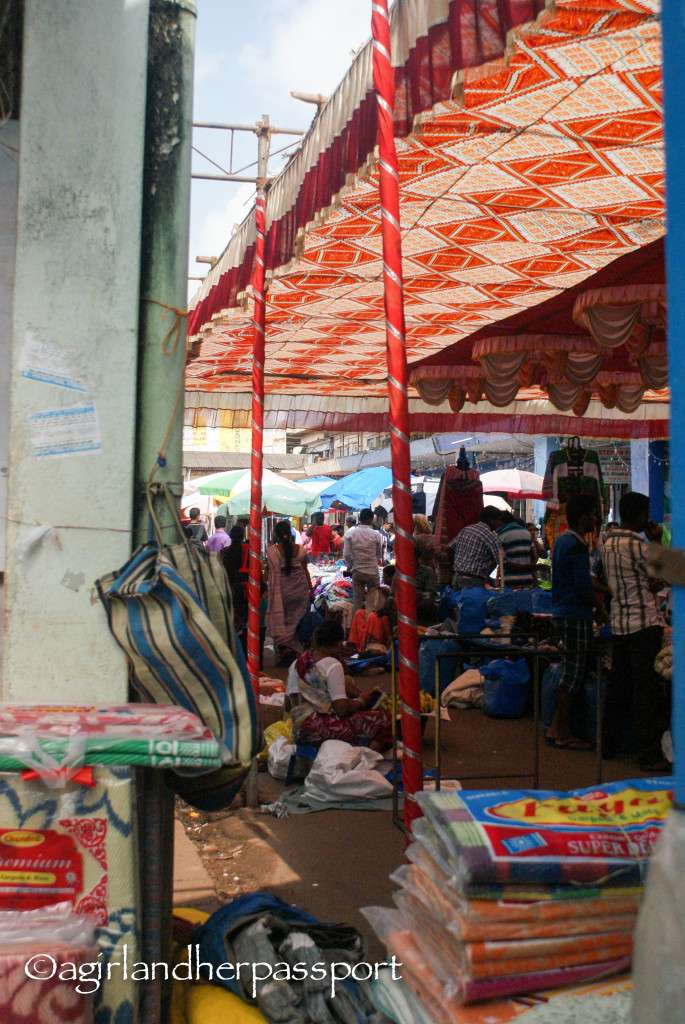 We arrived at the Mapusa Friday Market in Goa after a short drive from the resort. Mapusa seemed like a large city compared to the sleepy village we were staying in. In the parking lot, the driver maneuvered his small white car into a parking spot and gestured for us to get out. At first it seemed as though we were just going to be let out and left to find the market ourselves. Then the driver realized we had no idea where we were going. He started walking in the direction he had been pointing, but without waiting for us to follow. We crossed the road dodging motorbikes and cars. The market appeared before us. 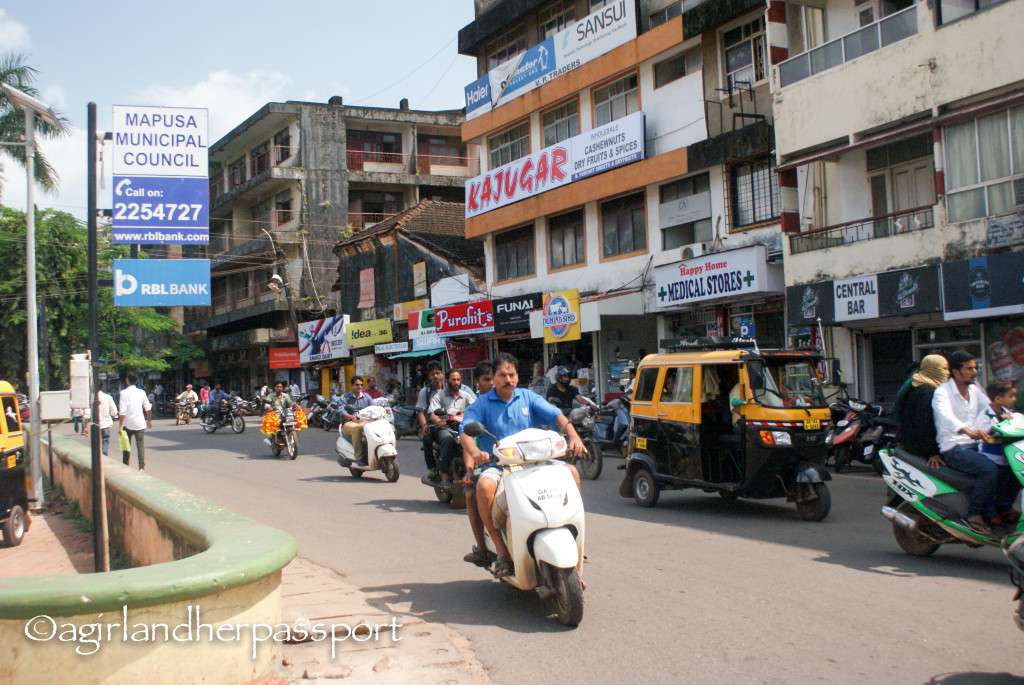 The driver then left us to fend for ourselves. The market was already crowded at the midmorning hour. Each stall seemed to be more colorful than the next. The first aisle we turned down was filled with textiles. Scarves, bedspreads to undergarments. Every color jumped out at me as if to say “pick me!” Women started to realize that three non-Indians were in the market, and the clamoring for our attention began. Not wanting to interrupt the experience of the market, we didn’t stop to buy. The market seemed to be set up on a grid, but only a grid that the locals would know, and we weaved in and out of the stalls in a disorderly fashion attracting attention everywhere we went. 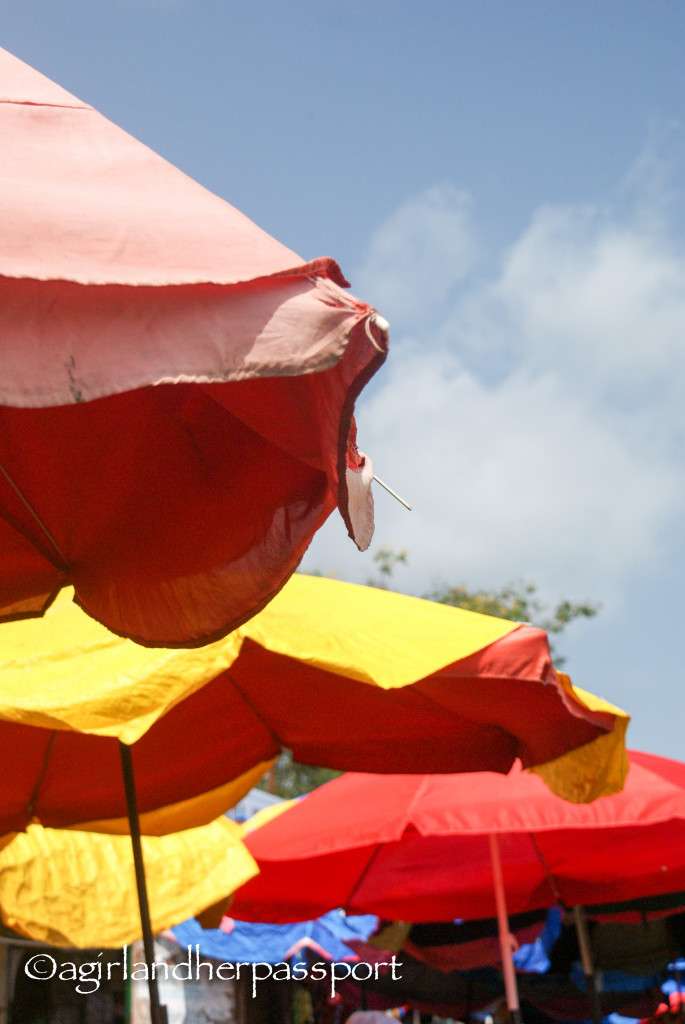 Colors continued to assault the senses as we found the flower section of the market. Hundreds of yellow flowers filled the stalls with specks of white and red. Women and men sat on the floor sewing the flowers together in long strings and elaborate decorations to be offered to the Hindu gods. Color was reflected from the plastic ceiling protecting some areas of the market, adding to the bevy of color. 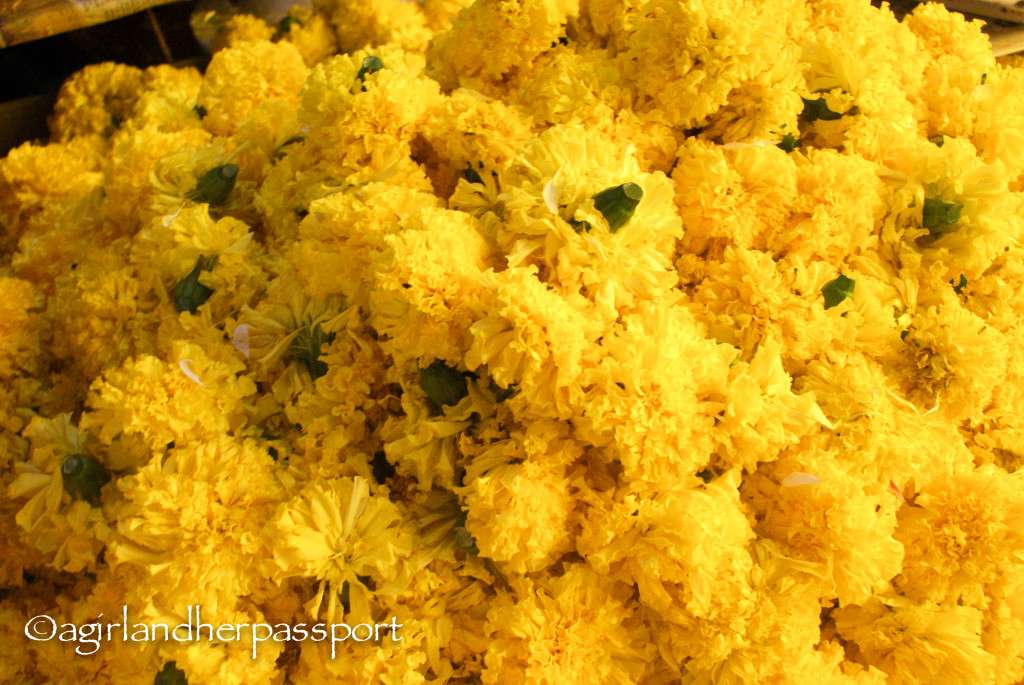 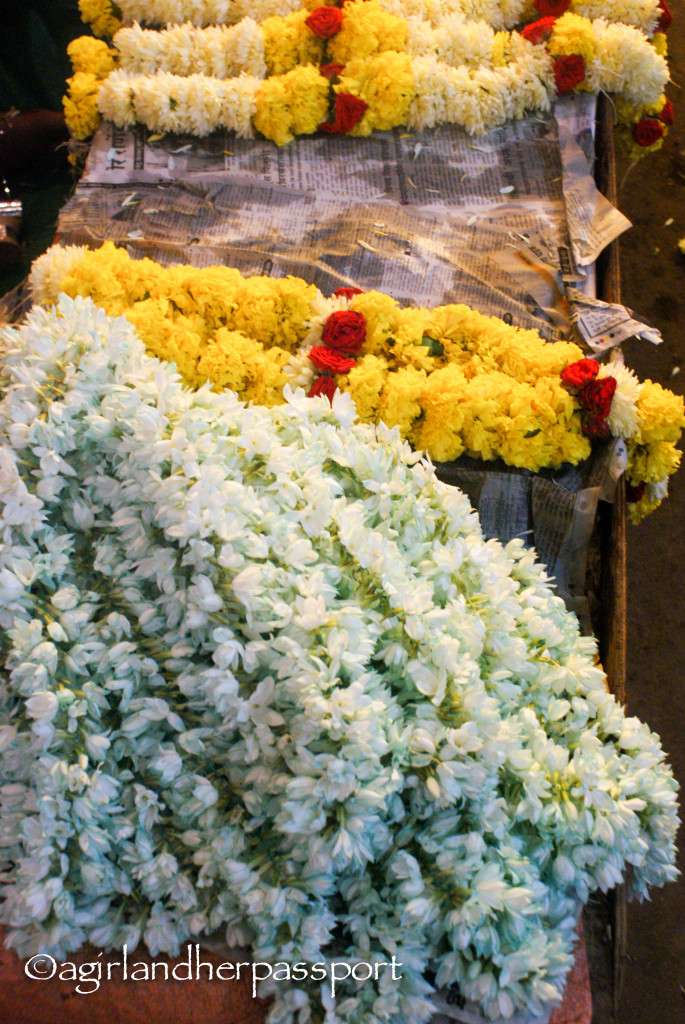 From flora to fauna as we came upon the fruit section. The fruit was large and some mysterious as I was unsure as to what some of it was. Vendors had cut open many pieces to show the quality of their wares release the sweet smell into the air to mingle with the color. The insects also knew that Friday was the day to be in Mapusa as they flocked to the market to fill their stomachs with juice. 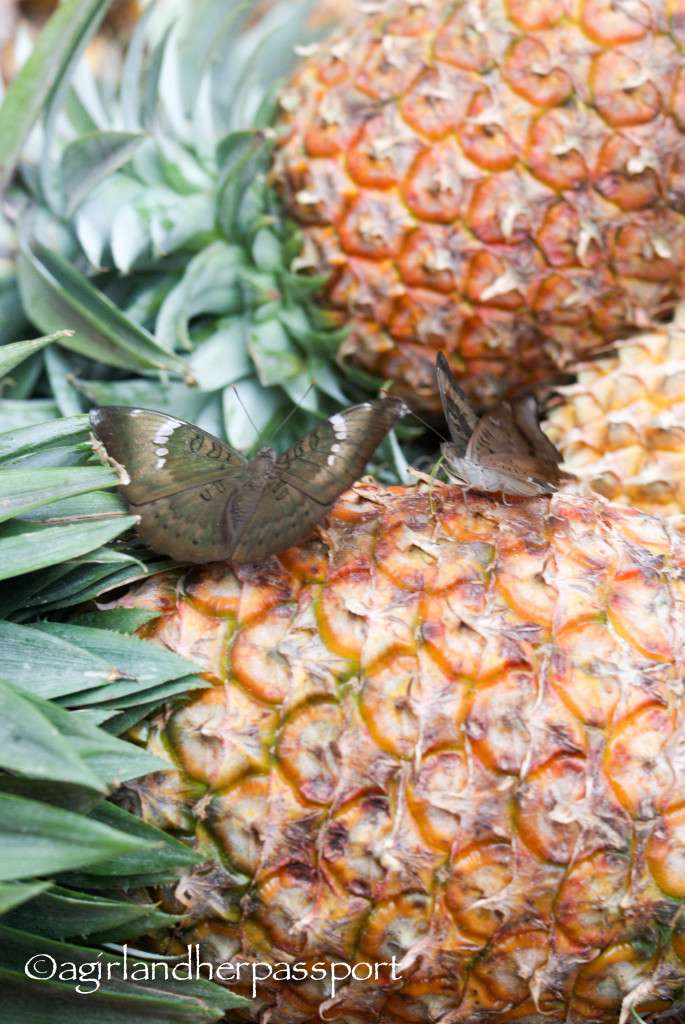 Even though the crowds and the vendors were vying for our attention, the market brought a sense of calm to me. Seeing people about their daily lives in the Mapusa Friday Market made you realize that we all have our normal routines. These routines are very different from each other, but we all have them and depend on them. I could have walked around the market for hours watching people conduct their business and catch up with friends. The only things that did not seem excited about the Mapusa Friday Market in Goa were the chickens being bought for dinner! Although they were extremely quiet for an animal about to face the dinner table. 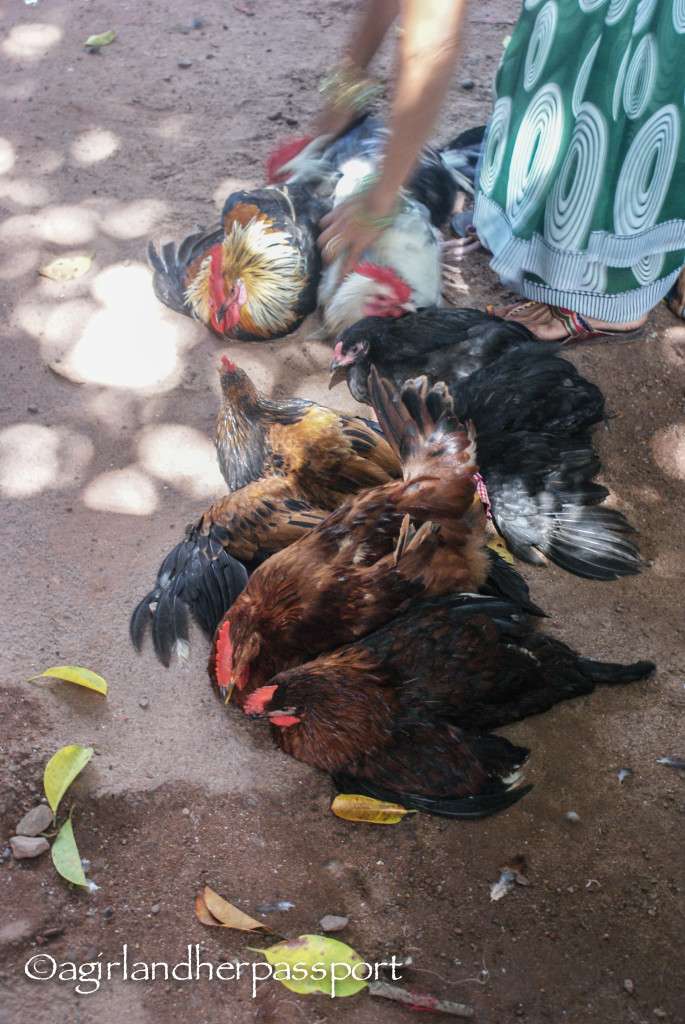 I left with a sense of missing something. I hadn’t stayed long enough and certainly didn’t see enough. However, the Mapusa Friday Market in Goa goes on every Friday and will happen this Friday whether I am there or not. That gives me a sense of calm as I know the world still goes on even if I am not there to experience it. But now I know it exists and I am grateful.

Logistics: The Mapusa Friday Market happens every Friday. Getting there early is a good idea to beat the heat and the crowds. The Mapusa Friday Market is in north Goa. There is probably a bus that can take you from your town, but it most likely will not have air conditioning or seat belts. My advice would be to take a taxi from your hotel, as they are not expensive in India. Be prepared to bargain as the few vendors I dealt with seemed to think I was made of money and were overcharging. Some women followed us around most of the time trying to get us to come to their shops. Be wary as one of them seemed scammy as well. But overall, go with an open mind and open eyes and you will love it. 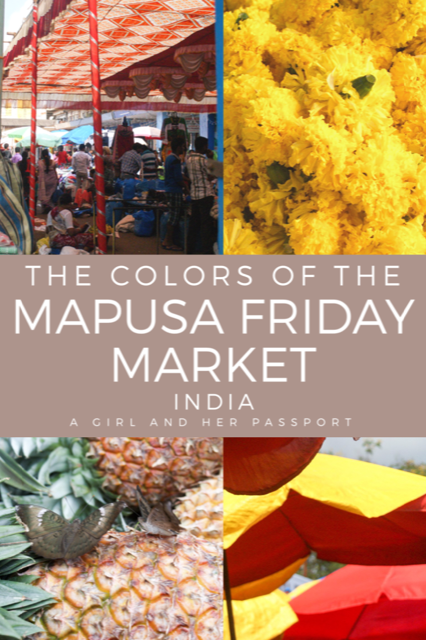