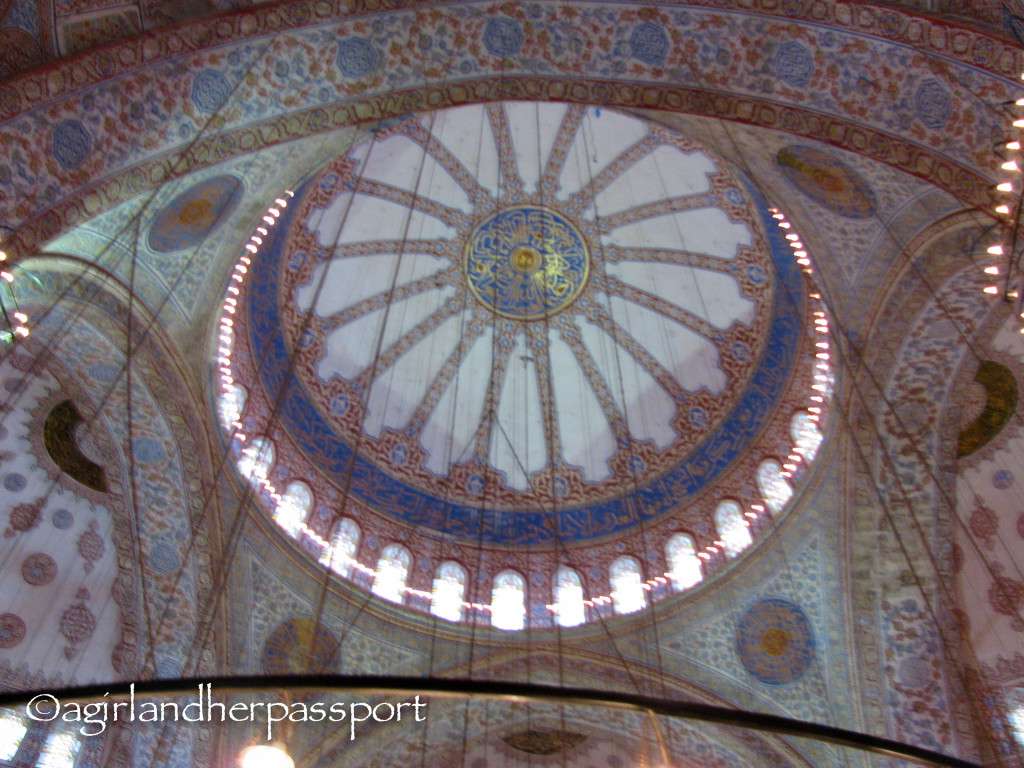 Beautiful Istanbul! Where to begin?!?  There is so much to see in Istanbul, and my friend Kate, and I were there for a short time. We stayed in a very centrally located hotel, which enabled us to see everything we wanted to see in a short time.  The Blue Mosque, the Hagia Sophia, the Arasta Bazaar, the Mosaic Museum and the Basilica Cistern were all less than a five-minute walk.  The Grand Bazaar and the Topkapi Palace were about 10 minutes away.  I highly recommend getting the Muze, the museum pass.  The price when we went in June was 85 Turkish Lira, which was about $43 at the time.  This gets you in for free for three days, and you get to skip the lines. You can get into the Hagia Sophia, the Topkapi Palace, and the Harem, the Mosaic Museum, the Archaeological Museums, the Museum of Turkish and Islamic Arts, and the Museum of Science and Technology in Islam.  We did all of these except for the last two.  I see tons of Islamic Arts in Qatar and Kate had just been to the Museum of Islamic Art in Doha as well.  Since the Blue Mosque and the Hagia Sophia are so beautiful, I will just post some pictures and not talk about them.  Just remember that you must be dressed appropriately to get in, this applies to men and women.  Women must have their heads, knees and shoulders covered and men should have their shoulders and knees covered.  They will give you a shawl if you need one.  You will also have to remove your shoes, and I would make sure you have socks with you because it is carpeted inside and seemed damp and slightly gross to walk around on carpet that hundreds of people walk on each day! 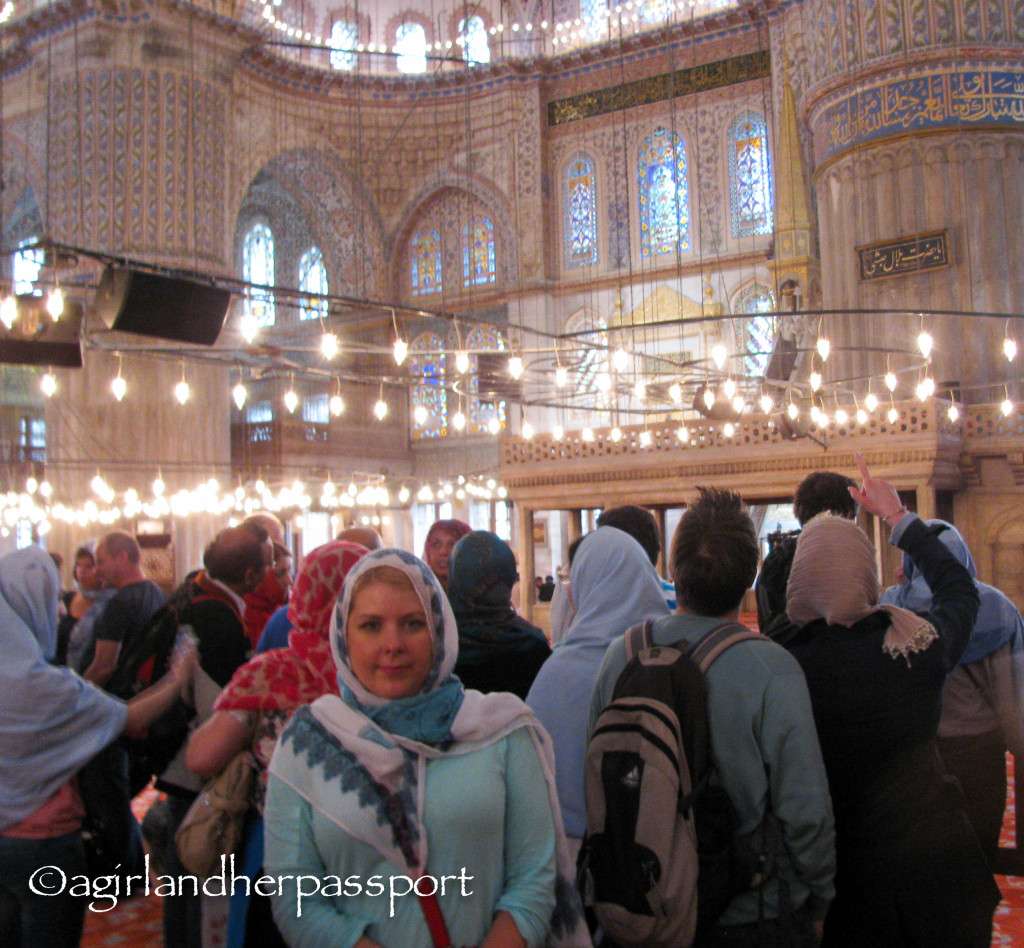 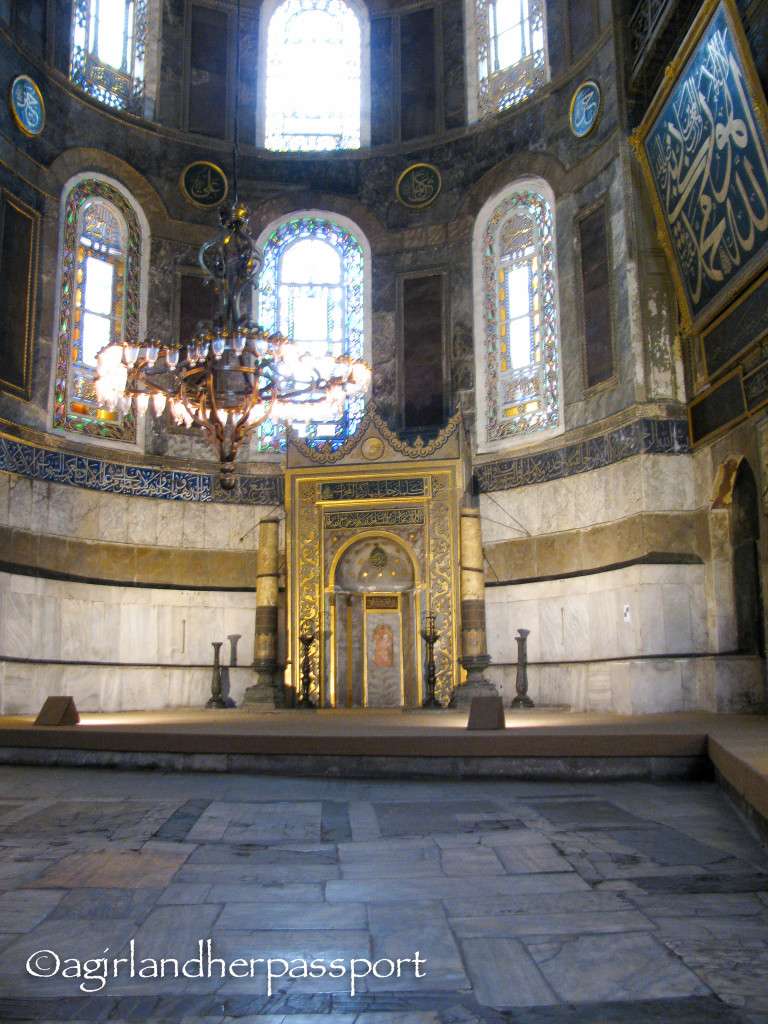 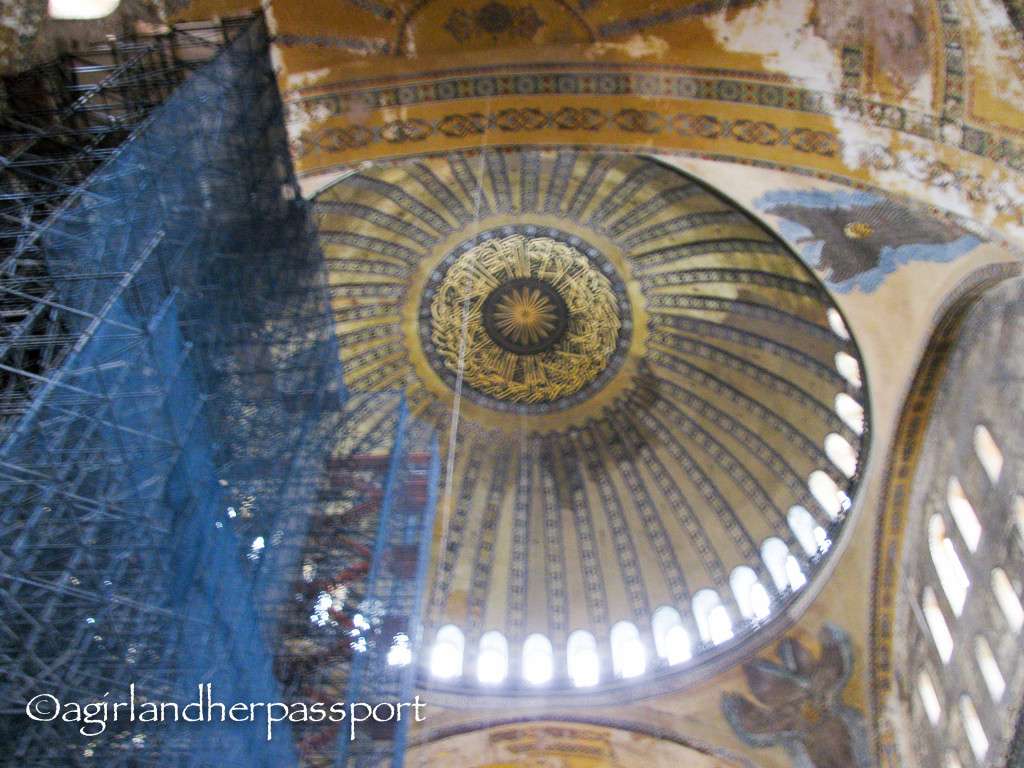 So in past blog posts, I have talked about briefly about where I have stayed, but I liked this hotel so much I am going to review it here.  We stayed at the Sura Hagia Sophia Hotel.  Like I said early, it was centrally located to most of the Sultanahmet area attractions.  The hotel was beautiful.  The room we stayed in was at the end of the hall and was larger than the other rooms I snuck a peak at during the daily cleaning of the rooms.  The beds were fluffy and very comfortable.  The bathroom wasn’t large, but it didn’t bother me.  That was mostly because the shower was to die for! It was huge, and it had a rainfall shower head as well as a regular shower head. It is also the most beautiful shower I have ever seen.  The Turkish tile in the shower was amazing! (see below) The cool thing was that the walls of the bathroom inside and out were mirrored so I could get ready in the room while Kate was in the bathroom.  The buffet breakfast was great!  European buffet breakfasts at hotels are 100x better than American buffet breakfasts.  They even had watermelon!  The only catch to the hotel is that it probably caters to Muslims as there was no bar and no mini bar. It didn’t bother me because it meant there were no drunk people coming home at 2 am!  Here are some pictures of the hotel and the room. If you need more hotel recommendations, Traveling King has some great Istanbul hotel ideas! 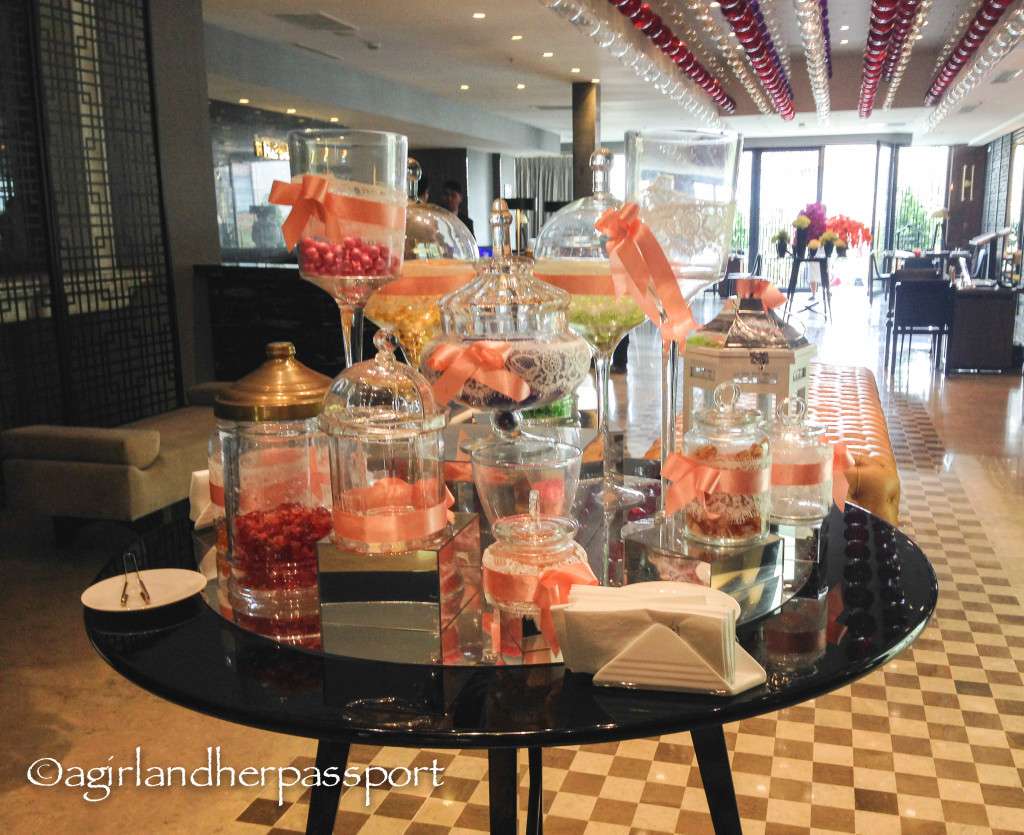 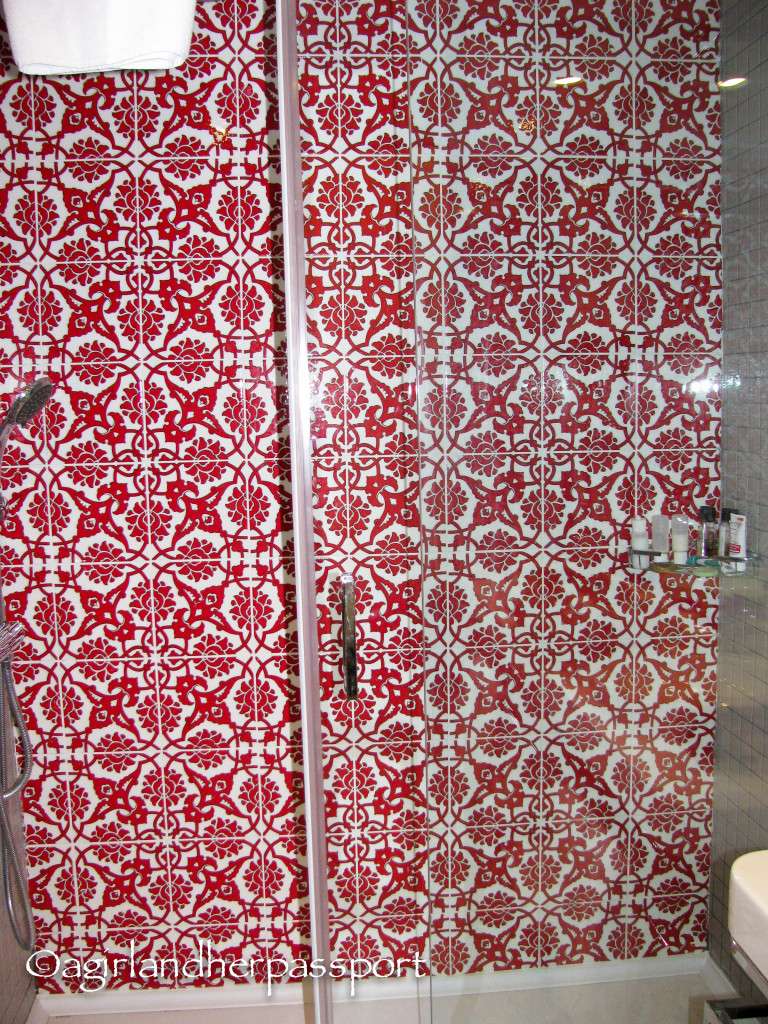 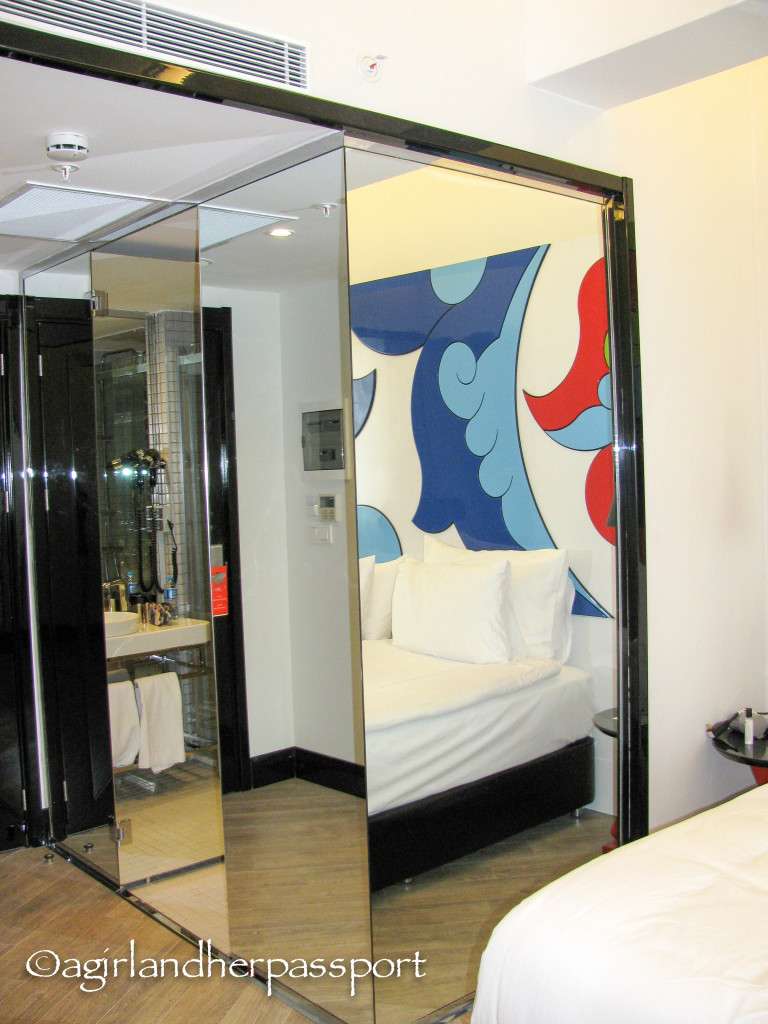 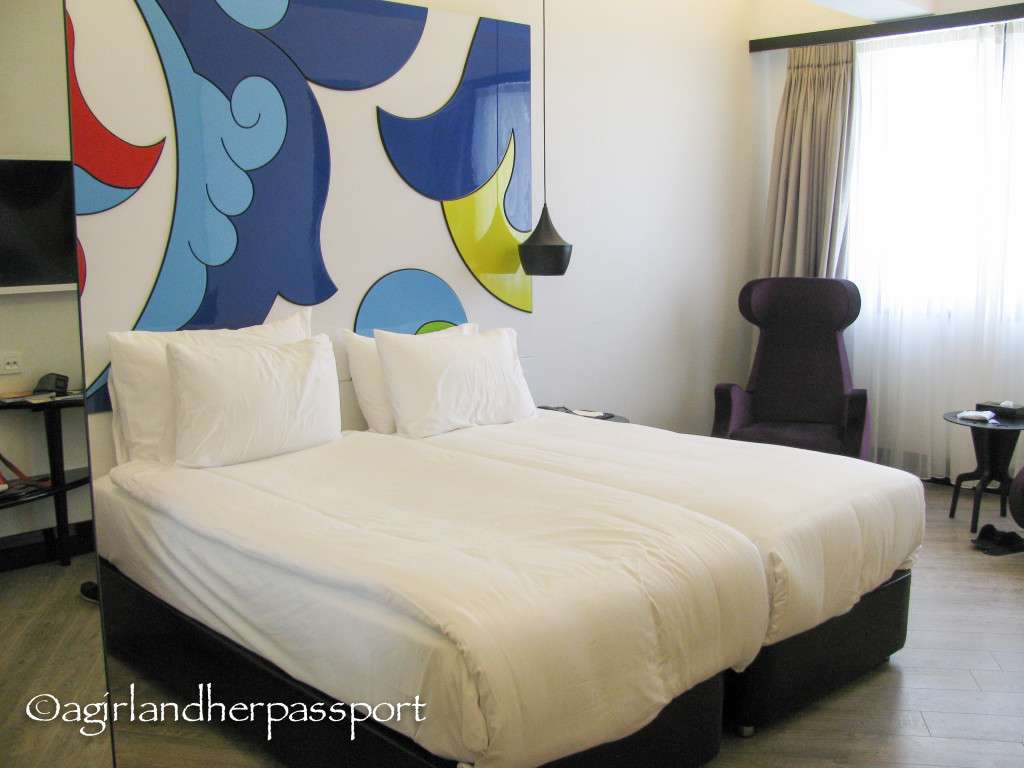 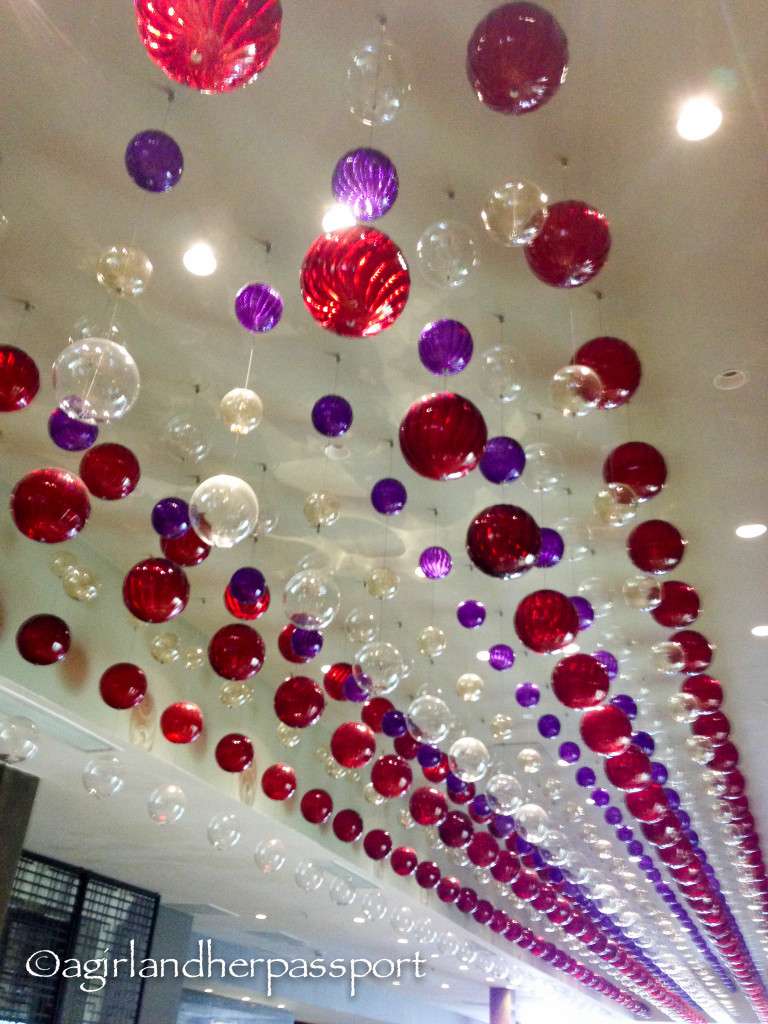 Since there was no bar in our hotel, we decided to find a bar close to the hotel.  The travel guide I brought suggested the Hotel Nomade rooftop bar.  It had a wonderful view of the Blue Mosque from the roof.  And it was a minute down the road from our hotel.  We were there for the call to prayer, and it was an unforgettable experience. Both nights we spoke with fellow travelers, which is one of my favorite things to do. The beer was cheap, and the food was great.  We went two nights in a row and both nights I had the Chicken with Pineapple (there was a Turkish name for it, but I don’t remember it!).  There were figs in this dish, and I usually don’t like figs, but it was probably the best chicken dish I have ever had in my life.  Here is a picture of the view! 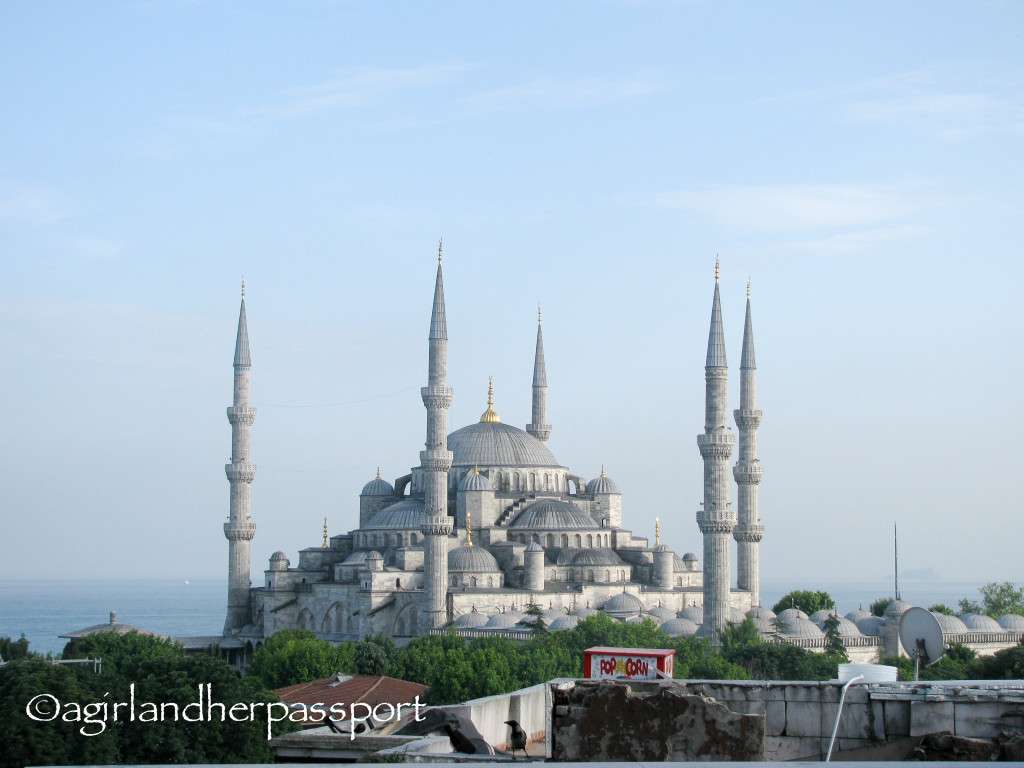 Looking for more Istanbul ideas, here is a great 3 Day Itinerary. Have you been to Istanbul? What were your favorite places?