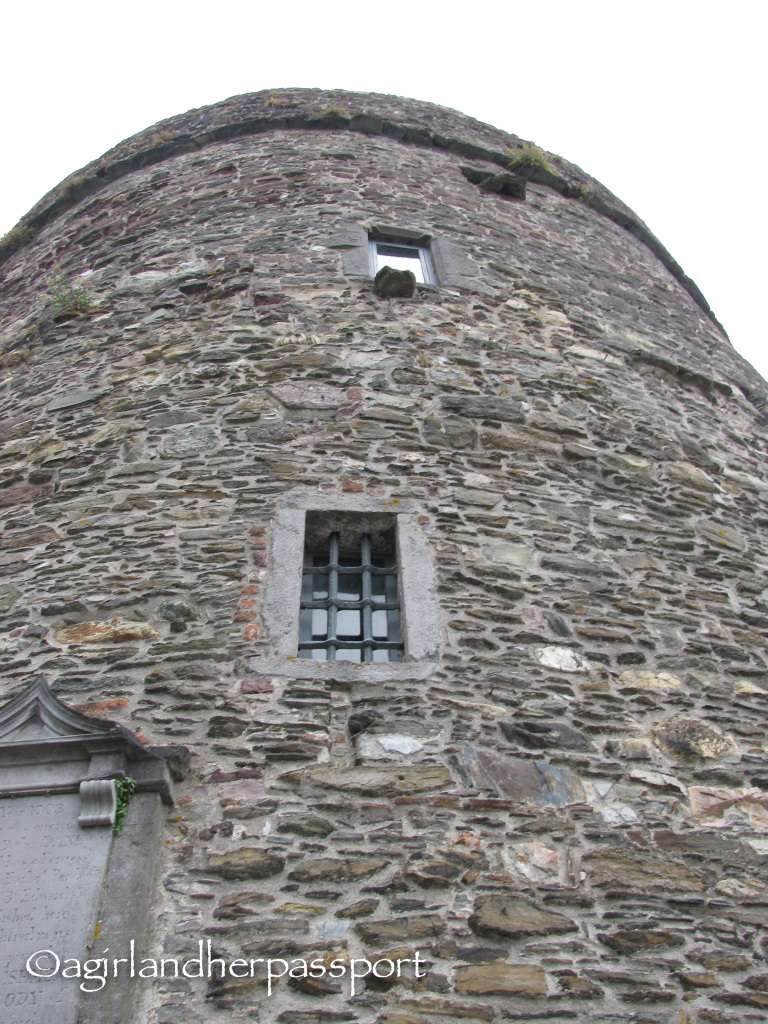 One of my motivations for coming to Ireland was my Irish friend.  I knew he would be there the same time as I was and I was hoping for some inside sightseeing info. Well, I just didn’t get info, I got an invite to come and stay at his and his wife’s “beach” house in Tramore.  As the Irish would say, it sounded grand!  I took the train down to Waterford.  Waterford is the oldest city in Ireland and it was celebrating it’s 1100 anniversary!  This town older than many countries including the one I am from and the country I live in.  If the name Waterford sounds familiar, it is because Waterford crystal used to be manufactured here.

The oldest civic building in Ireland is located in Waterford, Reginald’s Tower. The first tower was built in 914 by the Vikings and was most likely made of wood.  The current tower was built in the 12th century with the top two floors being added in the 15th century. It faces the river and would have been a great look out point from its location.  Standing in such an old building was a bit surreal as you feel as though you have stepped back in time.  I can’t image how dark and cold it must of been at certain times of the year. 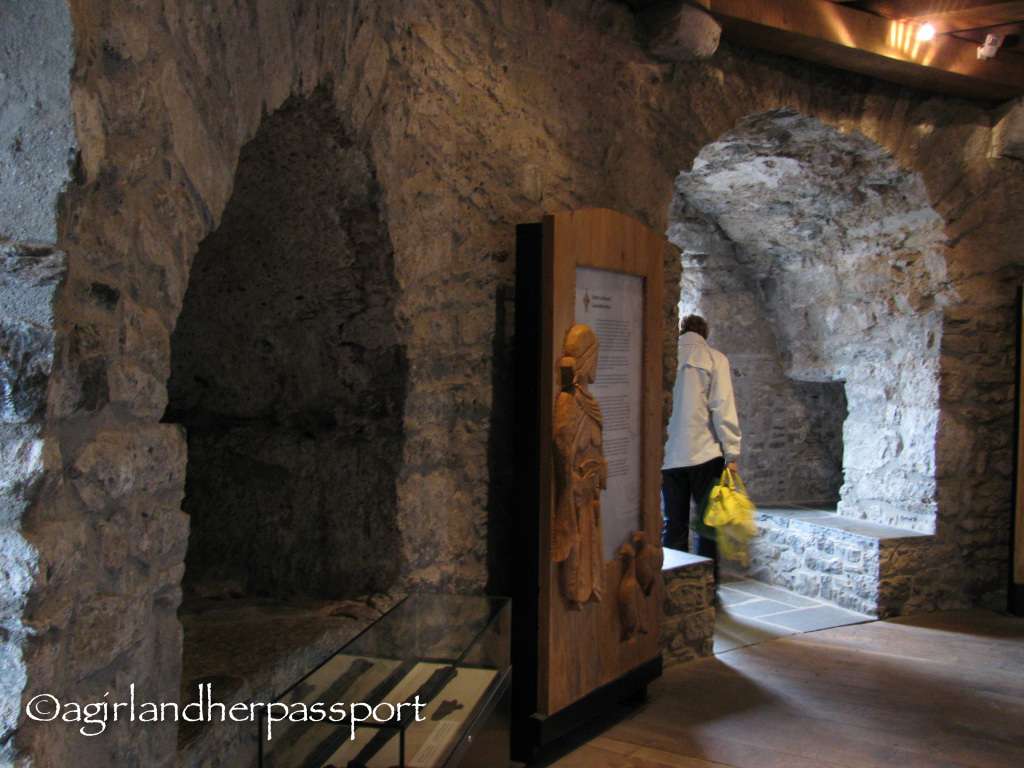 There is lots to see in Waterford. We also went to the Bishop’s Palace and the Medieval Museum. The Medieval Museum was a great place to learn about early Irish history.  The Bishop’s Palace had some excellent examples of Waterford Crystal on display and upstairs was an exhibit on the history of Waterford.  You can still tour the Waterford Crystal factory, but crystal stopped being produced in Waterford in 2009.  I decided I didn’t want to tour it since the factory was no longer in operation and we had two pre-teens in tow.

After that, we headed to Tramore, which is only about a 15-minute drive away.  Tramore, a small fishing village until the railroad came in 1853. Although there is no railroad now, the town survives on being a tourist attraction. It has a lovely promenade and many surrounding beaches.  The Irish are a hardy people as I was there in July and the water was way too cold for me to get into.  In fact, I had a light sweater on while everyone else went swimming.  I did put my feet in so I could say I had been in the Atlantic from both sides!  While it was cold, it was breathtakingly beautiful. 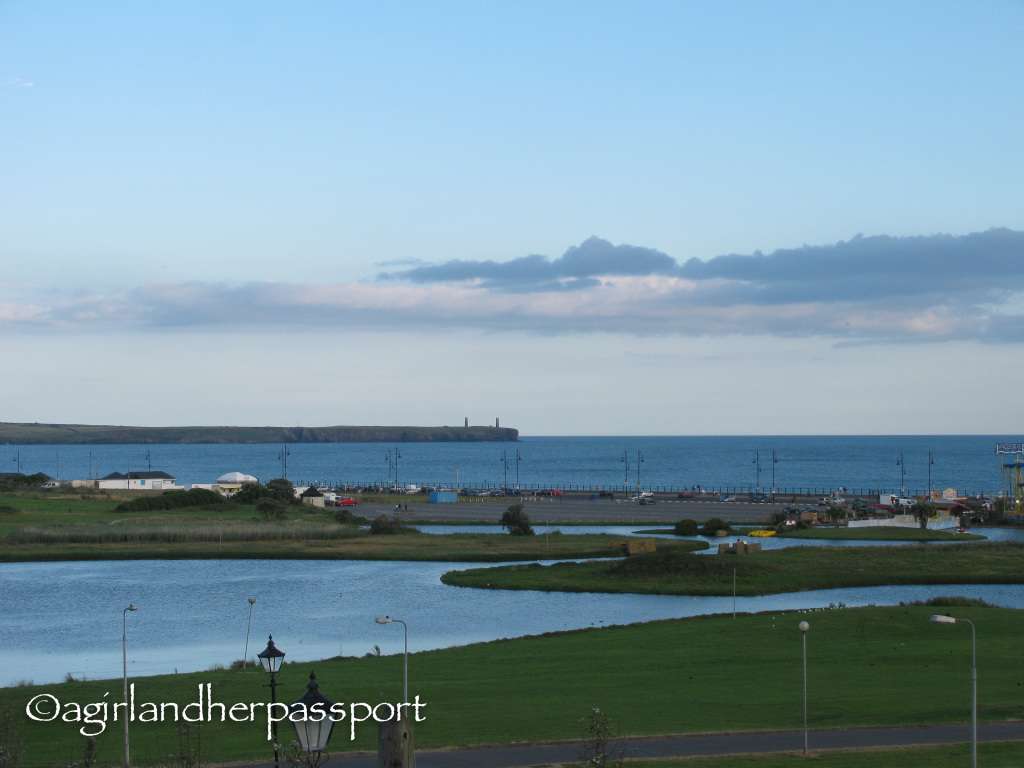 This was the view from their house looking down toward the promenade! 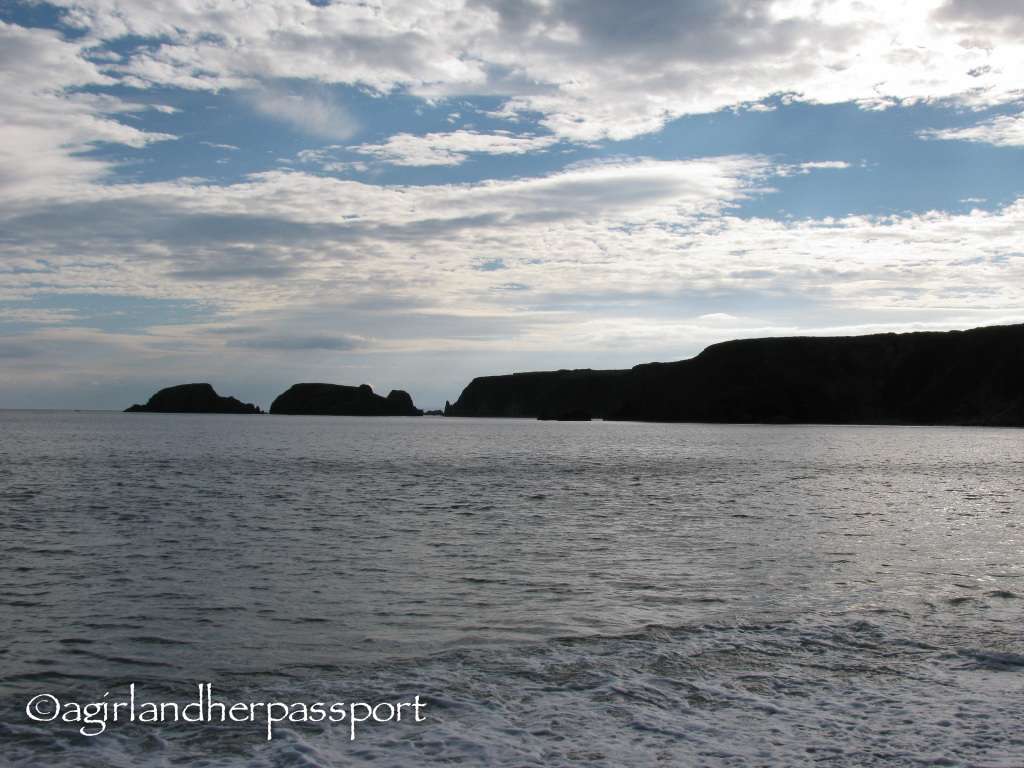 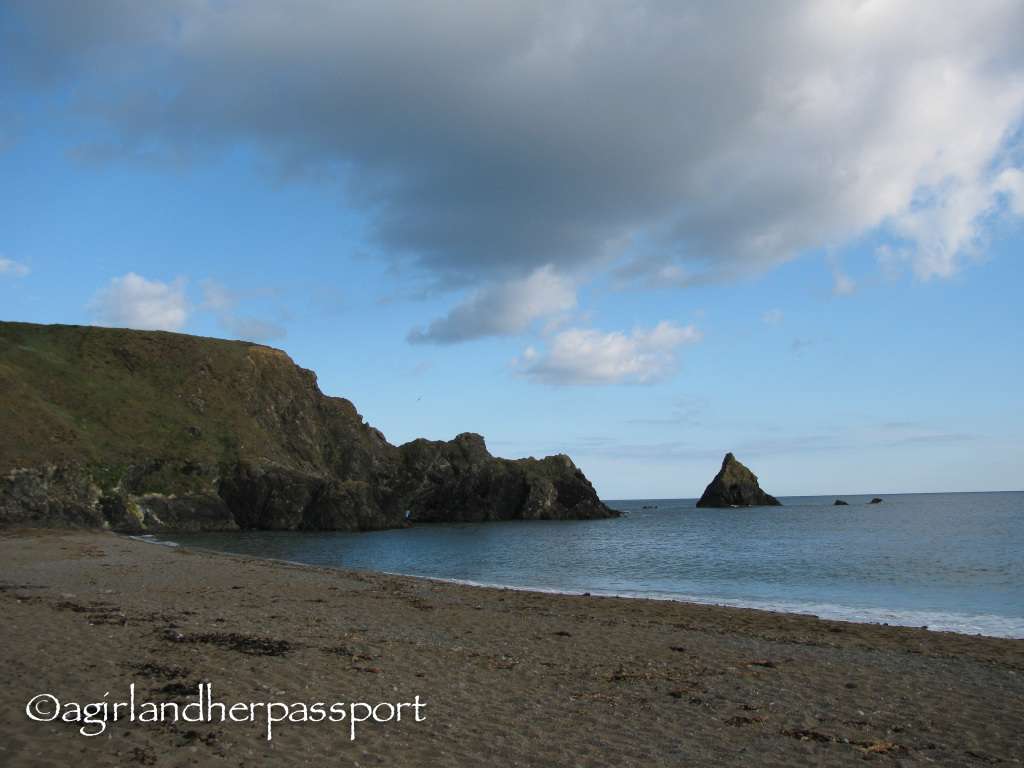 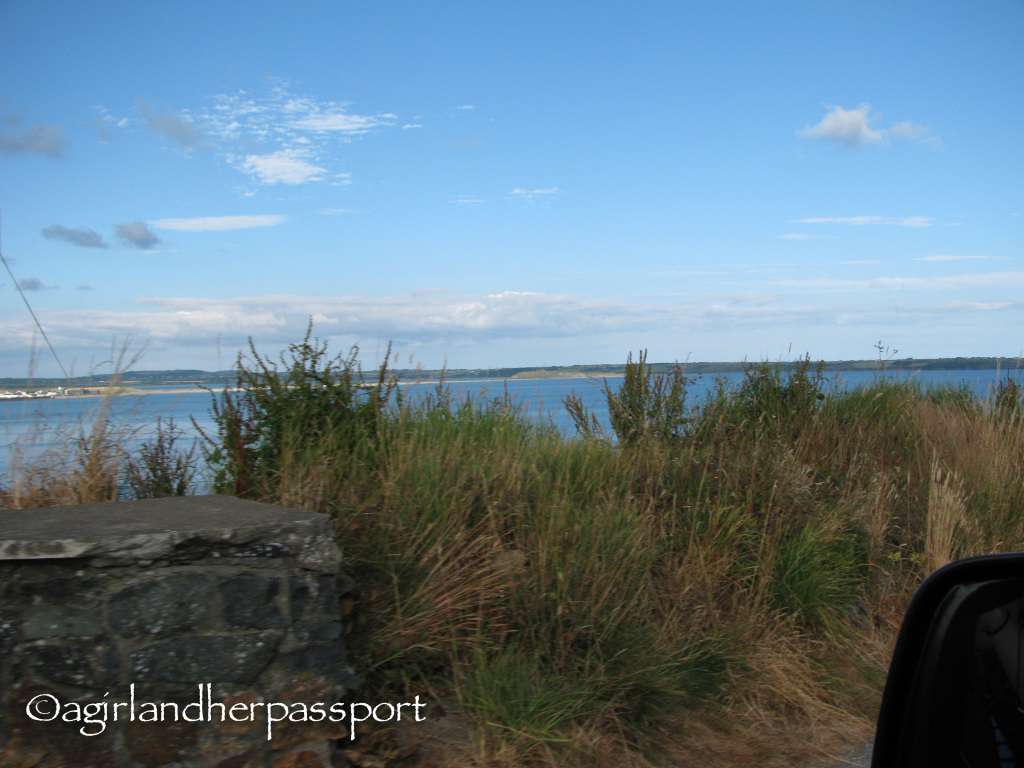 My friend wanted to take me to kiss the Blarney Stone. At first, I agreed, but then his wife was telling me I had to climb a staircase with no handrail and then bend over backward over a hole to kiss the thing! Given my fear of heights and the distance from Cork, I told him to forget it.  I am sure I will regret it later.  My mother told me that even my 80 something grandmother had done it! Yes I am a whimp.  We opted to go see the Cork City Goal. The jail is huge, but only a portion of it has been renovated to allow for visitors to view it safely.  While well-lit today, I am sure it was a depressing place to be in the 1800s.  The corridor’s that weren’t renovated seemed to give a better sense of what it would have been like. Prisoners were given hard labour and very little food.  I highly recommend the audio tour if you decide to take a tour. By the way, the website says you can walk from the center of Cork to the goal, but it was up a hill and my asthma was not happy! Take a taxi up and walk down would be my advice. 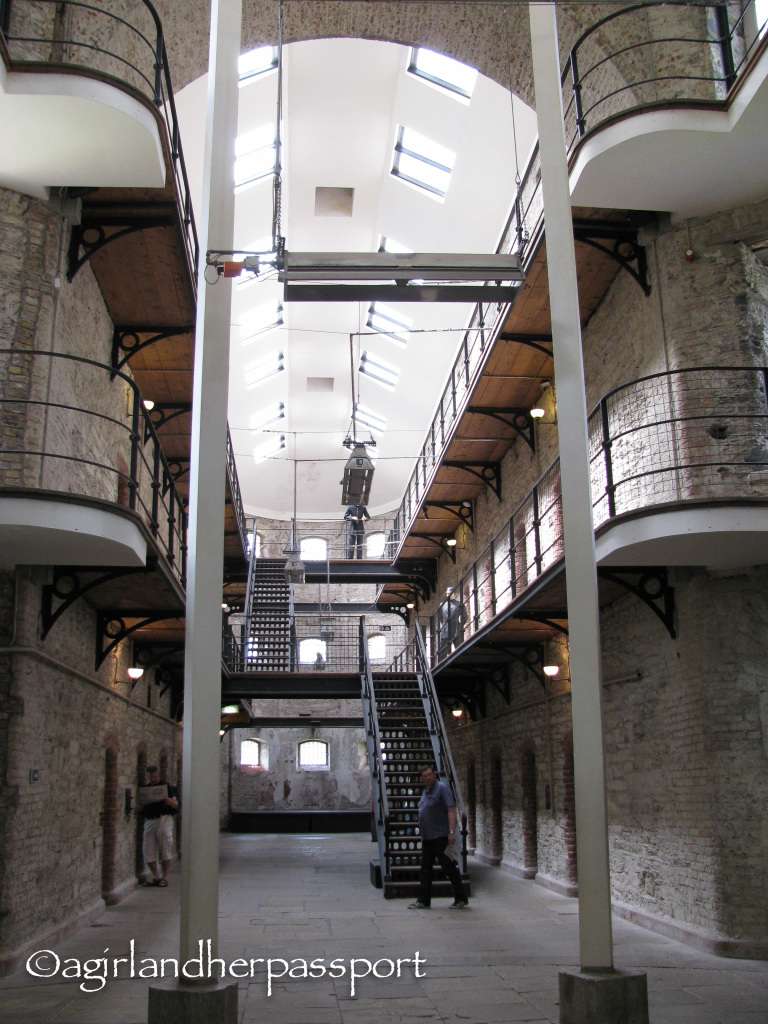 Do You Make Money From Your Blog?

The Food of Ireland