Arriving much later than I planned in Dublin, my friend picked me up at the airport and took me on the scenic drive to my hotel through Phoenix Park.  Phoenix Park is a fenced park that covers over 1700 acres.  The President of Ireland’s house is located in this park.  It is not a park in the sense of the American word to me though. It felt wild and I don’t remember seeing a fence. My friend said that frequently deer are seen in the park. It also home to the zoo. Unfortunately, this was the only time I was in the park.  It looked like an amazing place to spend the day relaxing.

The next morning, I got up and went straight to Trinity College to see the Book of Kells.  (As a good librarian/archivist should do on a trip to Dublin.) I had heard the line is long and to get there early.  You can buy your ticket online, but I didn’t do that as sometimes I am unsure what I will want to do first when I reach a city.  The line moved quickly though and there weren’t too many people waiting.  First you go through an exhibit about the history of the book and what the illuminations mean and other interesting facts about medieval manuscripts.  There are a few other manuscripts in this area. However, this area is small and that small crowd outside filled this area quickly. I decided to skip much of the exhibit and head straight for the Book of Kells.  The Book of Kells is an illuminated manuscript of four gospels of the New Testament.  It also contains other texts. It is believed to have been produced around the year 800 A.D. The book is beautifully illustrated.  I will say that there is no queuing system around the book making it hard to get in to see the book.  I had to wait for a break in the circle around the book.  Photos are not allowed in the room, so you will have to go to the Trinity College website to see it.  Once you leave the Book of Kells, you continue into the Old Library of Trinity College. This is called the Long Room and it contains the oldest books held by Trinity College.  For a library fan, it was great. It looks and smells old and immediately gives you the sense of learning.  There are sculptures of famous thinkers and authors here as well as other historic Irish documents. 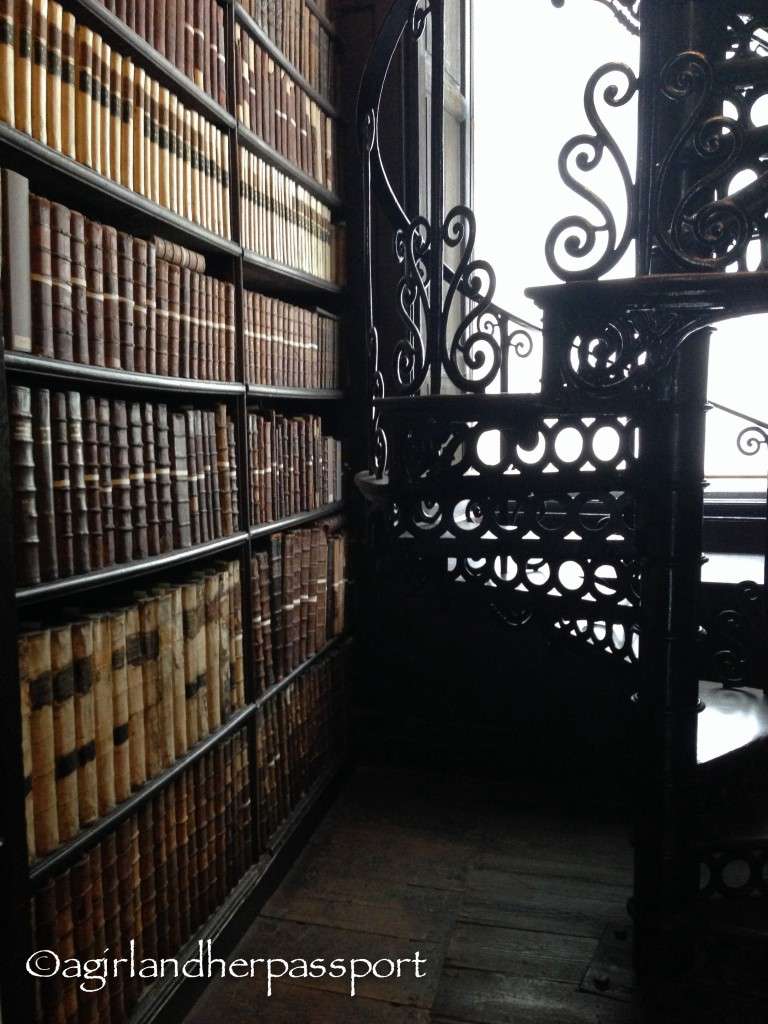 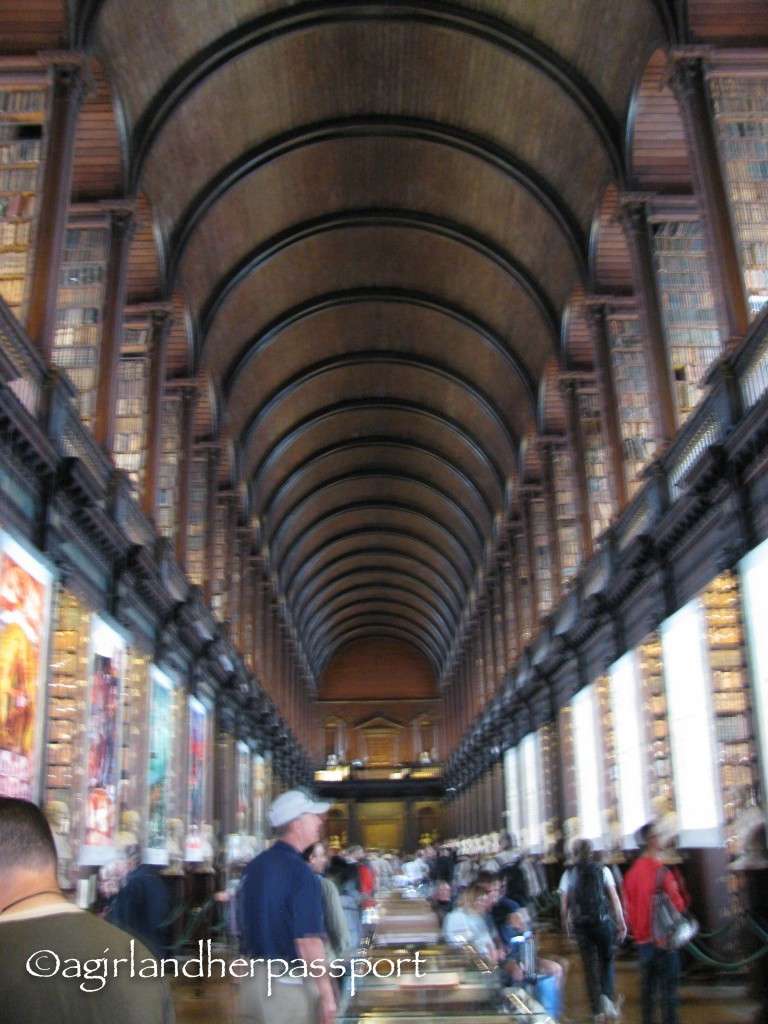 After leaving Trinity College, I headed to the National Museum of Ireland Archaeology to see the bog bodies.  Bog bogies are bodies that have been discovered in peat bogs.  Many of them are hundreds of years old.  The bodies have been preserved because of the nature of the bog.  These bodies are not just skeletons but include skin, hair and sometimes clothing.  They kind of look like a well-loved leather handbag! I did not take pictures as these are dead people and that would be disrespectful.  Also, it is a museum and light from cameras does damage to artifacts.  If you want to find out more or see pictures, here is a link to a NOVA article about them. There is also a good book on the subject called The Bog People by P.V. Glob.

After some yarn shopping and lunch, I headed back to my hotel to drop off my purchases. Since Christchurch Cathedral was right across the street, I decided to make it my next stop.  The church has existed on this spot since 1030! It is famous for its bells and also being the burial site of Strongbow. The current structure was renovated between 1871 and 1878 and the renovation was done one the “temporary” structure that was built 1562.  The cathedral is beautiful and has lots of stonework.  I was amazed by the tile on the floor.  However, I thought the best part of the cathedral was the tomb vault in the basement. You feel like you have stepped hundreds of years back in time back there.  It feels so much like the past that the tv show The Tudors filmed scenes in the tombs.  Some of the costumes were on display. 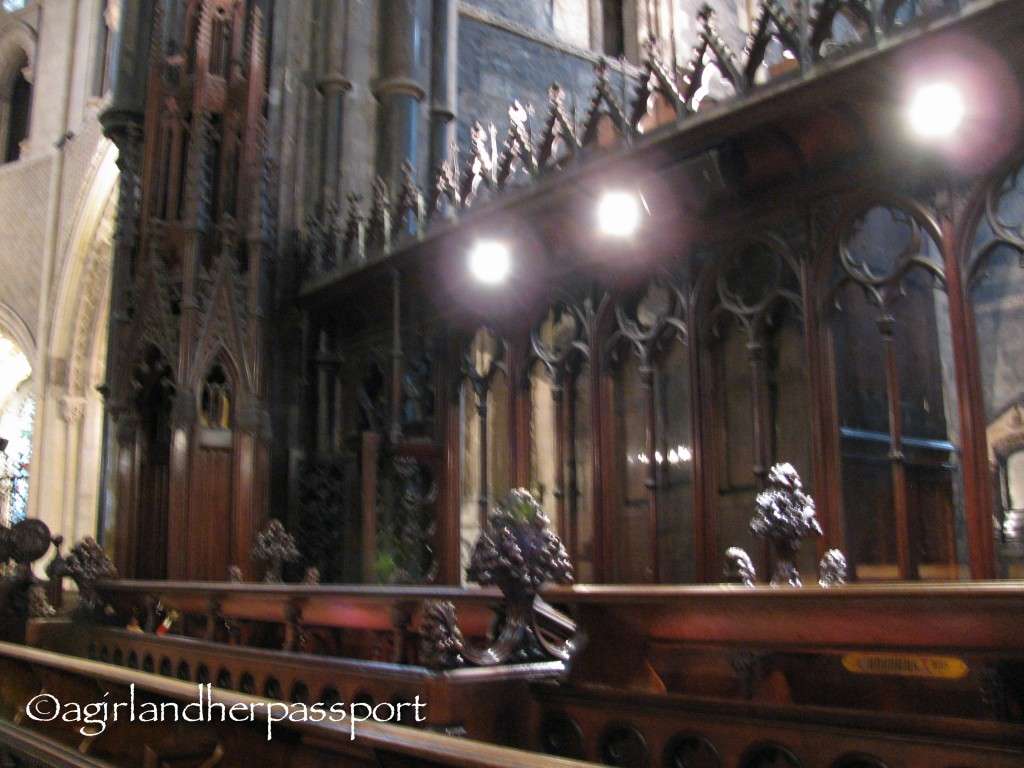 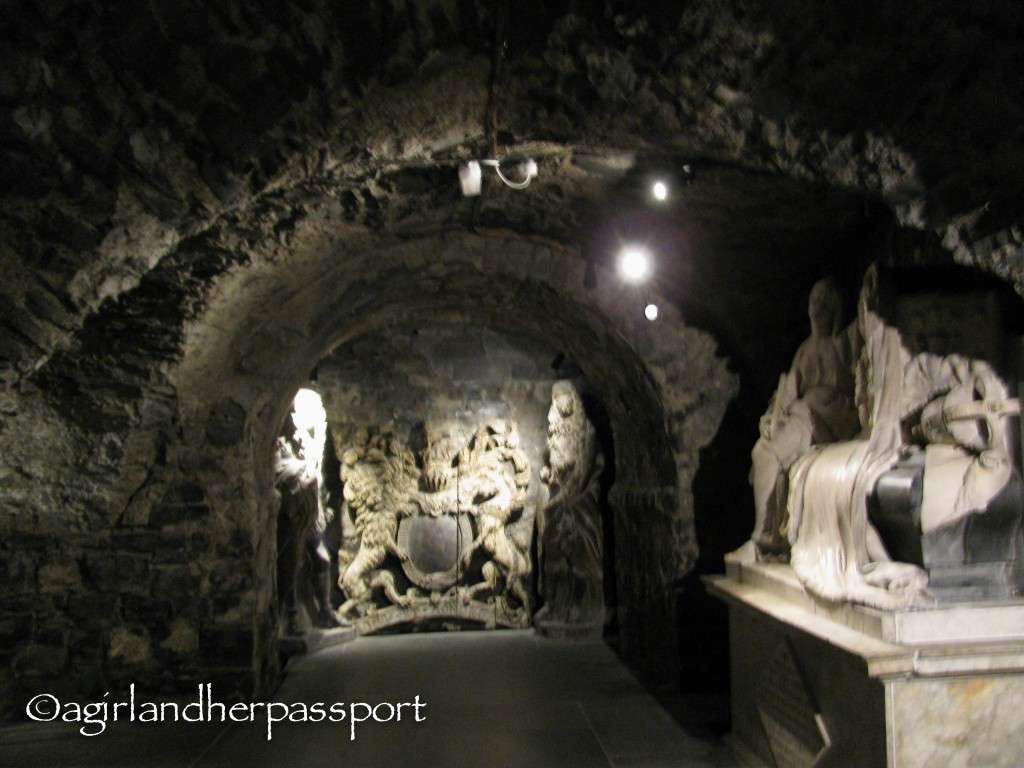 Next up was Dublin Castle. This has been the heart of Dublin since the 930’s when it was a Viking settlement.  The history of how it became a castle is too long to tell here, but it is worth seeing if you get to Dublin.  I had missed the last full tour of the day, so I opted to do the Medieval tour of the old city walls. These are all underground now.  While the tour is short and expensive, it was worth it to me and the old city walls are very impressive to see. The area surrounding Dublin Castle is filled with gardens and other interesting places to see.  There was a Shakespeare play being performed in the gardens in the evening and there is also the Chester Beatty Library, which houses some impressive manuscript collections.  Explore the area as you might run across an art exhibit or play that you didn’t know was going on. 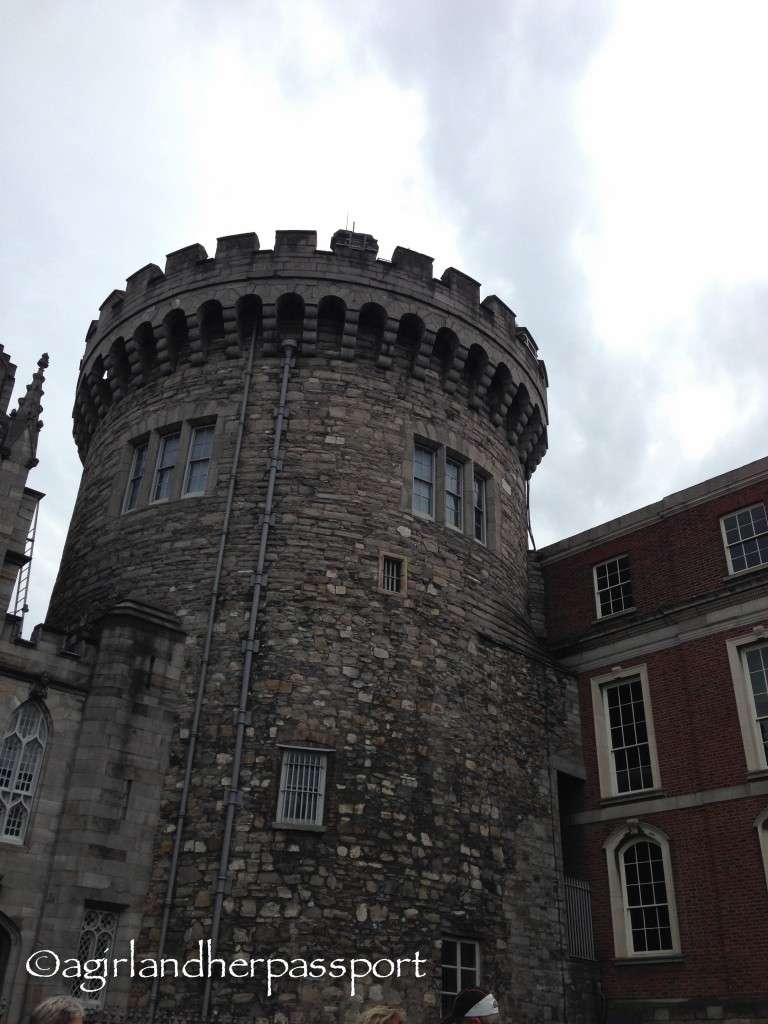