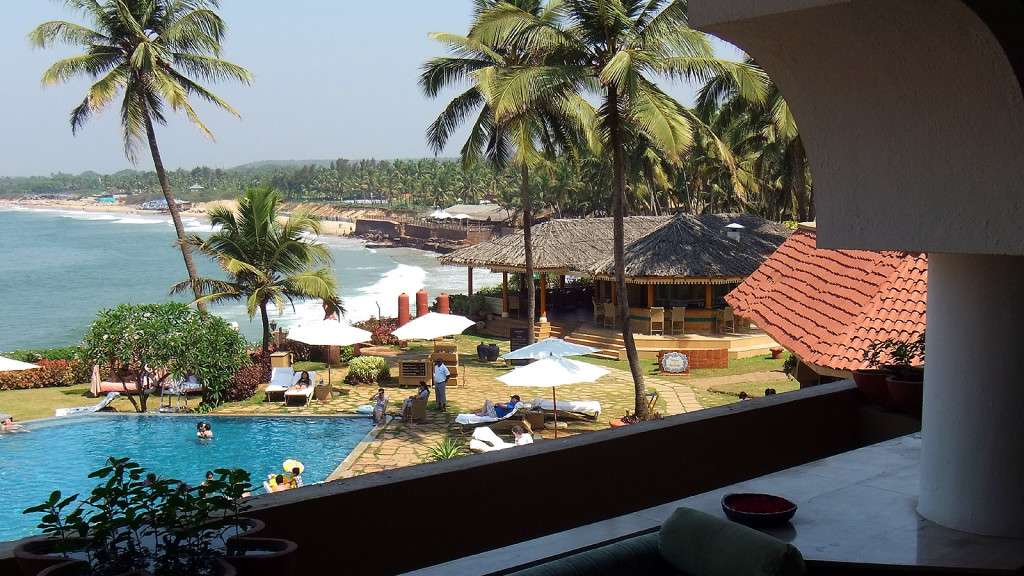 Hopefully by the time you read this, I will be in India. Due to some unusual experiences with my hotel, I am having some India trip jitters. My flight is arriving in the middle of the night there on Monday, so I am writing this in advance of the normal Monday post. The picture will, hopefully, be similar to my view from my room.

So far this trip as already stressed me out a little. When I tried to book the hotel online, the room I wanted was sold out. I called the hotel to see about booking the room. The room wasn’t available on the phone either. However, there was a better room available with a better price on the phone as compared to the website. Although hesitant to book a room on the phone, I did it to get the better rate. This is where I think I went wrong though and I won’t know until I arrive.

Once I booked the room on the phone, they said they would email me the confirmation. I didn’t receive one right away, but my friend who is coming to booked her room online and she received the confirmation the next day. I figured I would be patient and waited. My credit card was charged the next day, so I emailed the hotel to get a confirmation. I got no response. My friend, however, had emailed the hotel about getting the better room that I had booked and they emailed her right back. She gave me the direct email of the person she had received a response from.  I emailed that person to request my confirmation number, explaining that I had booked via the phone and did not get a confirmation number. She wrote back to say my reservation was confirmed, and I wrote again asking for the reservation number and she said it would be on my email confirmation I received when booking! At that point, I gave up. My credit card had been charged, work was getting stressful, and I figured I would try again later. Work continued to get more stressful, and I mostly forgot about it.

Last week it dawned on me that I didn’t have a confirmation, and I also needed to make sure that the hotel shuttle was at the airport to pick me up. Once again, my friend had emailed the hotel to have the shuttle pick her up; she was arriving the day before me. She got a response right away, and I got nothing. Now, I am beyond concerned. I have never had a hotel be so unresponsive to emails or not follow through. I called and was given the confirmation number and was assured there would be a shuttle to pick me up. The guy I spoke with said he would also email the reservation number, which of course, never came! Later that day, I took to Twitter and tweeted to the corporate Twitter at the hotel. They responded by the next day, and I finally got an email confirmation. Although that revealed that despite me emailing the hotel, they were typing my name out wrong in the email instead of replying.

You may be wondering why this is such a big deal to me. I am arriving in India in the middle of the night and want to be sure there is someone there to pick me up. I have already paid for this service with the hotel, and I really don’t want to pay for a taxi to the hotel. Also, the hotel is an hour away from the airport. Plus, I am a worrier and as I have mentioned before, a control freak! Hence, the India trip jitters I mentioned. As I am sure we all do, I want my trip to go smoothly so that I can enjoy every minute of it. Let’s hope the next post is me raving about the hotel!

P.S. I am not mentioning the hotel yet, in case it all turns out well in the end.

Have you ever had a trip go awry in the beginning? How did it turn out?