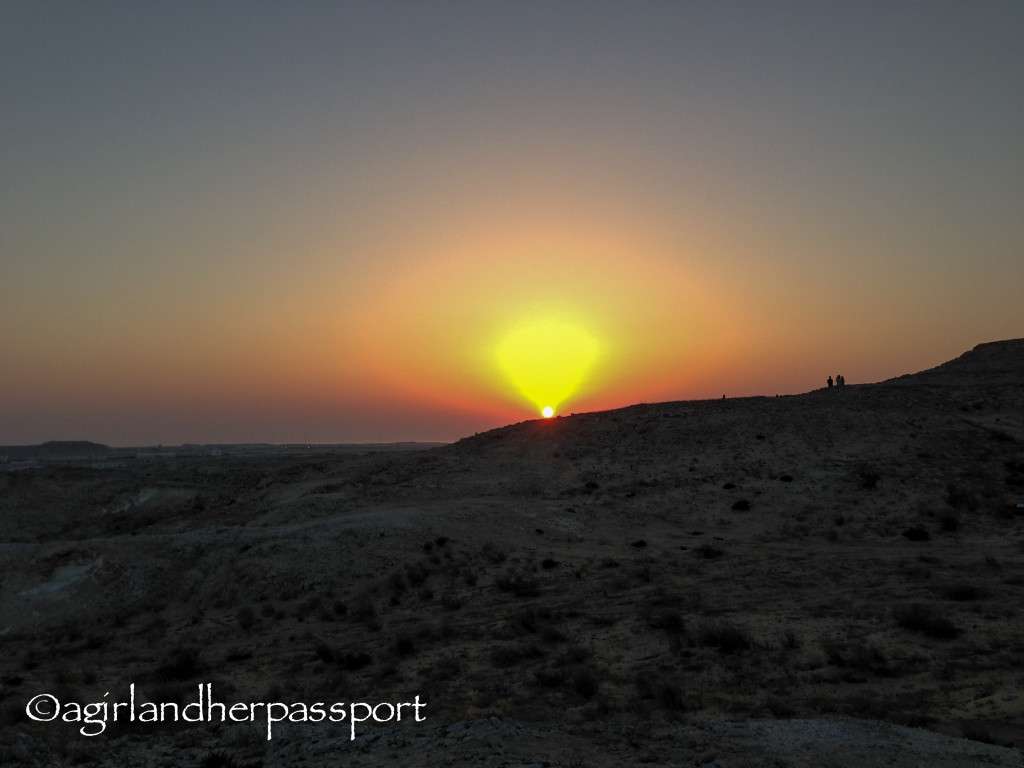 I was commenting on World of Wanderlust’s blog a few weeks ago on her post about 20 Best Jobs for People Who Love to Travel about what I do in Qatar. It dawned on me as someone asked me in the comments that I haven’t explained to you all how I got here! People in Qatar are also asking me why Qatar, so I’ll tell you my expat story.

We have to go back to 2009. In 2009, I took a volunteer job in the Turks and Caicos Islands. Not only did I fall in love with the island, Grand Turk, but I was also mesmerized by all the expats I met living there.  They had lived in all kinds of places and were from all over the world. I thought to myself, “You’re doing life wrong!” Meaning I should be living abroad and having all these wonderful experiences. I had always wanted to travel, and this seemed like the best of both worlds!

Now the real issue is that I have a fairly obscure day job. I am an archivist, and there just aren’t a lot of jobs for us in the U.S. and even less so abroad it seemed. Not only that, I mainly only speak English. My Spanish is in a sad state. Another hurdle to overcome was being American. Being American limits you in what jobs and countries you can work in. I guess the reason is many countries have their own economic crisis, and the U.S. is still doing okay compared to some. Some countries will let you come if you meet certain requirements and have a job offer. So the hunt began. I applied almost anywhere. Most of the job applications I filled out never went anywhere. I never heard so much as thanks for applying from some.

At first, I never considered applying for this job because I didn’t think it was a good idea for a single woman to move to the Middle East. About a week after I saw the job posting, I attended a webinar on International Librarianship. One of the speakers featured was working as a librarian in Qatar. As you can imagine, I asked a lot of questions about being a woman here. She was also single and had lived here for a long time. She said she loved it. It was then I decided to apply. For a long time, I didn’t hear anything, and I thought it was another dead-end. Eventually, I was called for a phone interview. This did not go as well as I had hoped. Part of the reason being was that it was at 7:30 am so the people in Qatar could attend. I am not a morning person at all.  Through a bit of luck, I was invited for an “in-person” interview at the home campus in the US. The waiting began!

Then my dream job offer came along! No, it wasn’t the job in Qatar. There was a job in the Caribbean! My ultimate dream location and probably my future retirement home. The job was perfect, and the person I would be working for was great! Trouble was the pay was just too low considering I was still paying off my student loan debt. At this point, I was very confident I was getting the job in Qatar. I also knew that the pay and benefits would be better in Qatar, plus I could travel which was a huge draw. Traveling from the Caribbean is not so easy.  With pains in my chest, I said no to the job in the Caribbean with the hope that the job in Qatar was coming through. The very next day, I was told I was being offered the job! And almost two years later, I am still here and loving it!

How did you end up where you are?