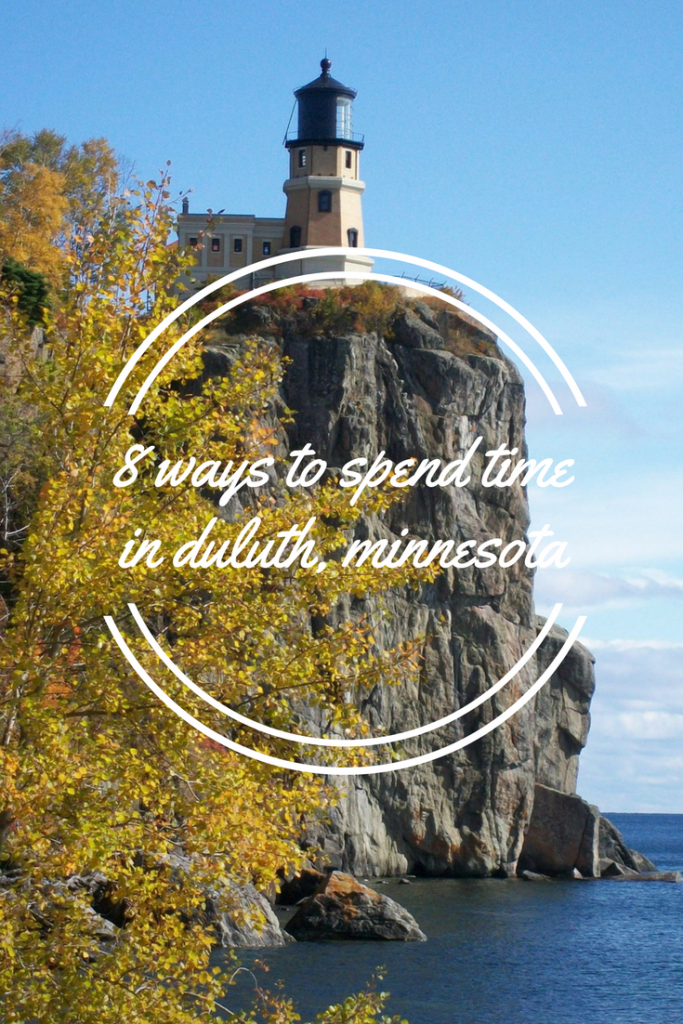 I am very excited by this guest post. When I ask for guest posts, most people suggest non-US locations and that is great, but I was excited to get one from a place in the US and from a place I haven’t been to myself.

Duluth, Minnesota is a picturesque city settled on the banks of the largest freshwater lake in the world, Lake Superior. From foodies to adventurists, Duluth has an array of activities and things to do. Whether it be summer or winter, visitors never run out of ways to spend their time here but if you need a few ideas, here are 8 ways to spend your time around the city of Duluth, Minnesota.

Atop Enger hill overlooking the beautiful city of Duluth stands Enger Tower, an 80-foot, five-story observation tower built in 1939. Enger Tower was built in dedication to Bert Enger, a native of Norway who came here to be a furniture seller. When he died, over half of his estate was donated to the city of Duluth – this included the areas of Enger Park, the Tower, and golf course. 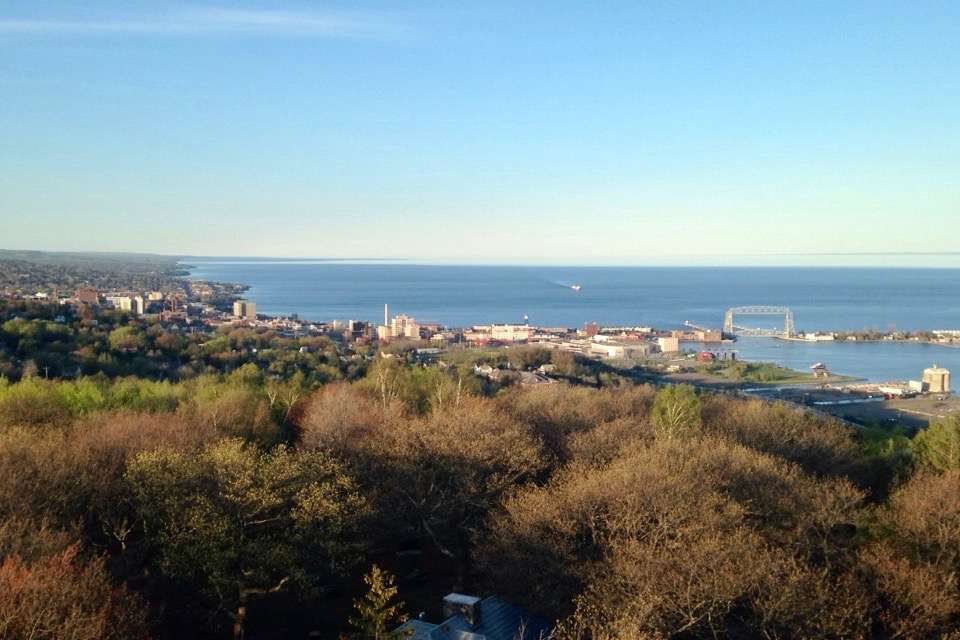 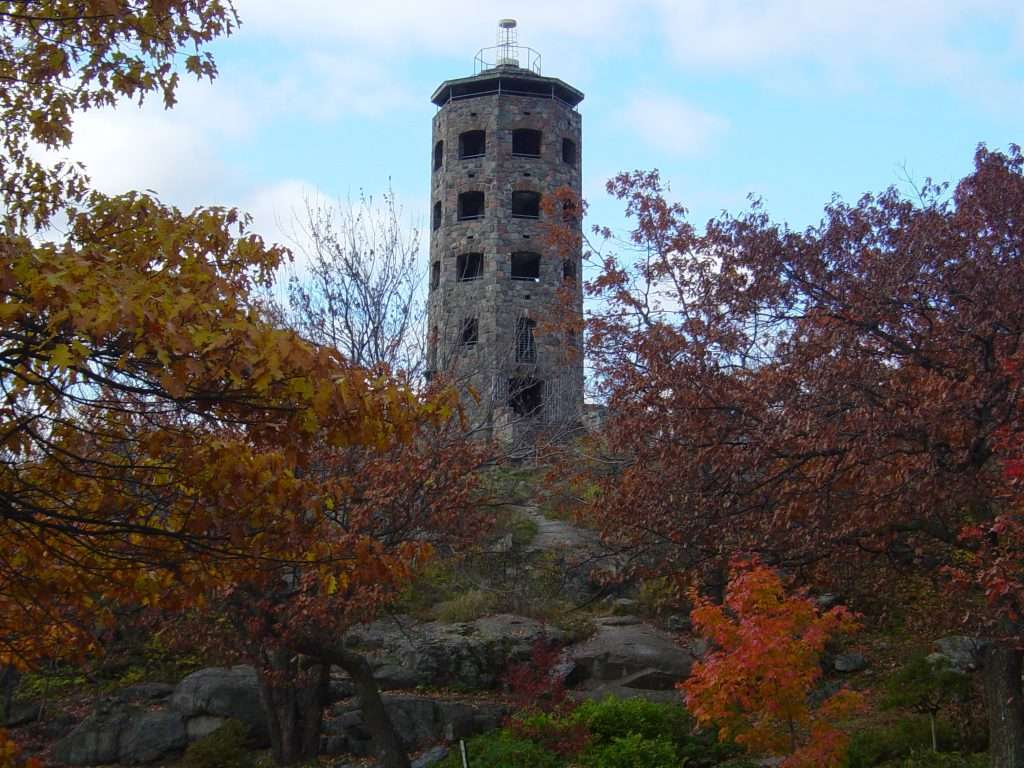 This picture is from Wikipedia

Canal Park in Duluth is visitors’ one-stop shop for everything gifts, food, lodging, things to do, events, and more. The area sits upon the shore of the largest freshwater lake in the world, Lake Superior, and used to be a warehouse district, which has been converted into a variety of restaurants, hotels, cafés, and shops. 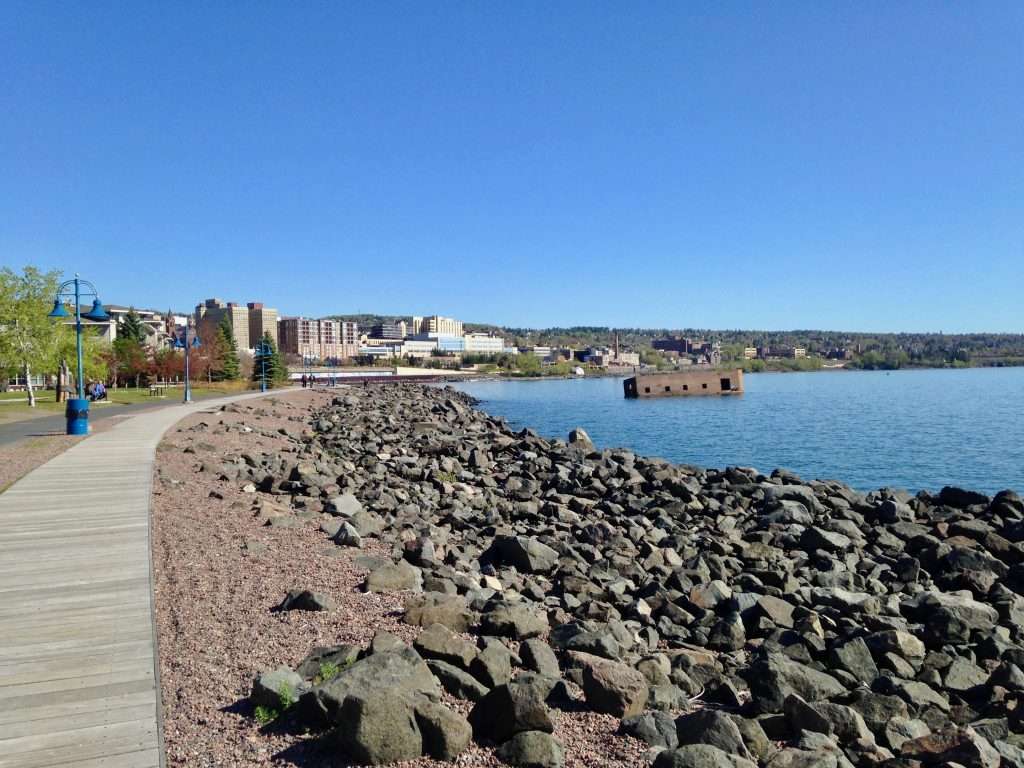 A few of Canal Park’s attractions include the Aerial Lift Bridge, a lighthouse pier, and a 4.2-mile-long lake walk. Additionally, visitors interested in boats can watch vessels from all over the world enter the bay near Duluth, going under the iconic lift bridge.

3. Check out the Aerial Lift Bridge

The most famous landmark in all of Duluth, the Aerial Lift Bridge was finished being built in 1905, making it over 100 years old and the oldest landmark in the city. The length of the bridge spans 386 feet, has a clearance of 180 feet, and weighs over 900 tons. There’s only one other bridge in the world similar to the Aerial Lift Bridge, which is located in Rouen, France. The bridge is operated 24 hours a day and during the busy season in spring or summer, the bridge lifts an average of 26 times per day. 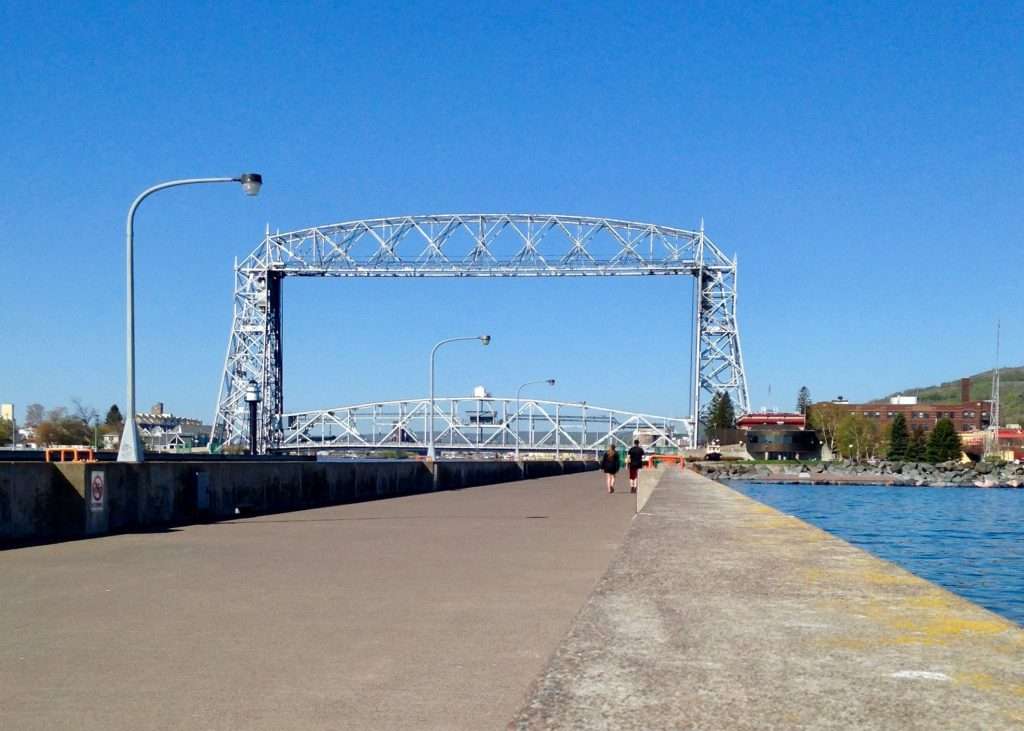 Located in the middle of Duluth, burrowed between residential neighborhoods, Congdon Park can be explored by avid hikers, casual walkers, and families in search of fun. When descending into the park, it feels as though you’re entering a different world; surrounded by billion-year-old red volcanic rock, lush greens, thick mosses, and pulsing waterfalls – hiking in Congdon Park is anything but boring. 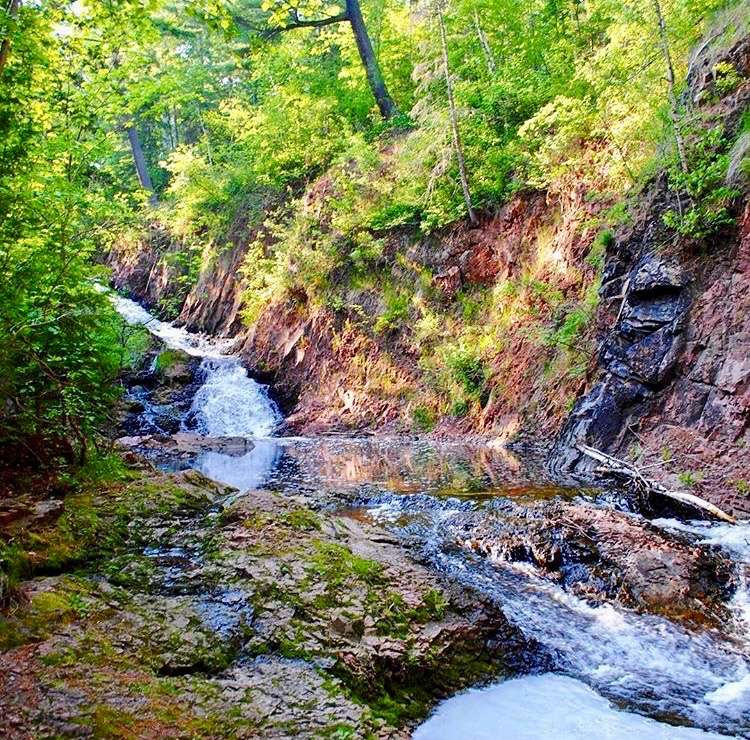 “There is no combination of stream and hillsides, woodland, waterfall and canyon in or near any other American city that is capable of development for beauty and utility comparing with that lying on both sides of Tischer Creek,” wrote landscape engineer A.U. Morrell of New York City.

Known as the gateway to the North Shore and Lake Superior, Gooseberry Falls State Park is an area filled with beautiful waterfalls, an array of hiking trails, flourishing wildlife, and stunning foliage. As visitors wander around the park, the thunderous rumble of the water plummeting into the rocky gorges from the three largest of the falls can be heard from all around. 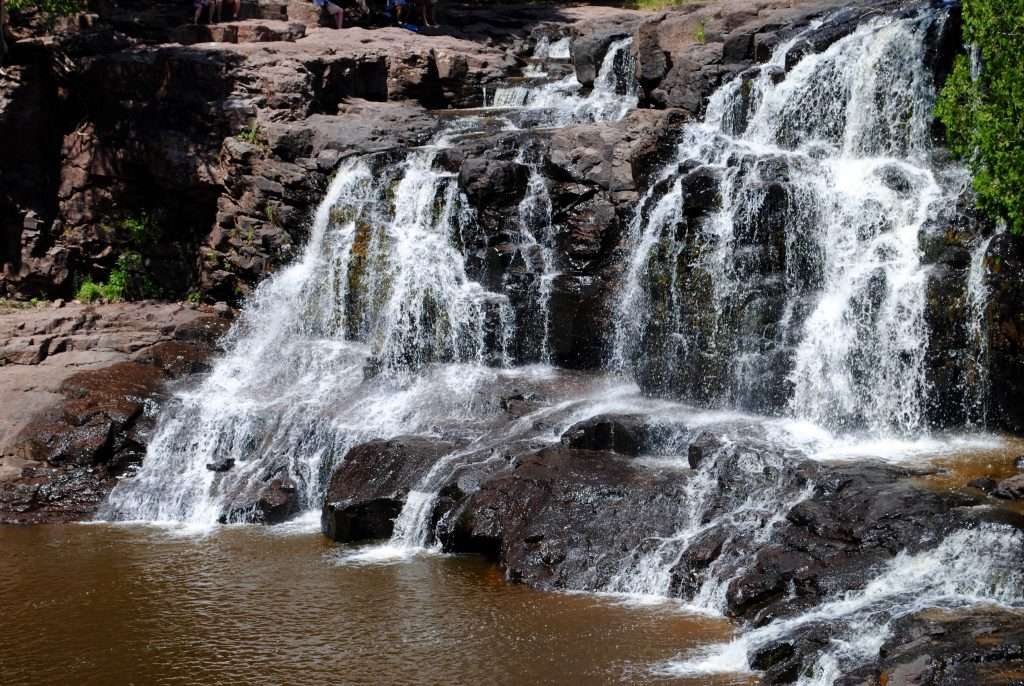 To make the most out of your visit, make sure to stop in the visitor’s center to read up on the history of the park, find park information, watch park videos, view interpretive displays, and more. Also, summer is the best time to visit – but head to the park early, as it gets extremely busy! 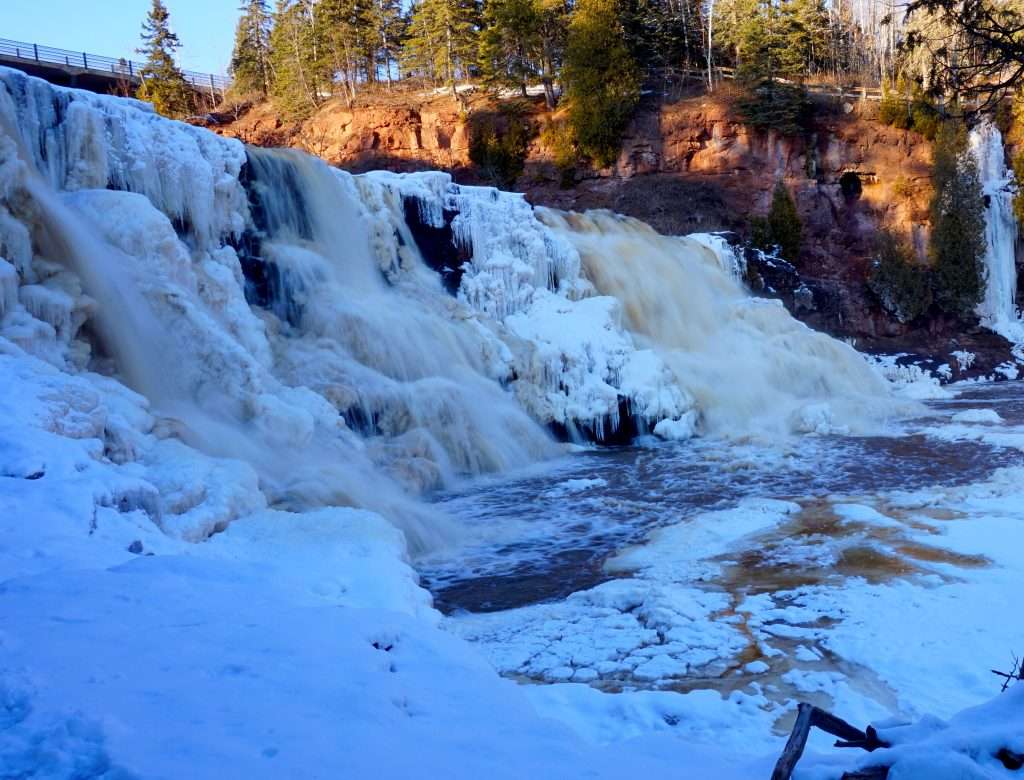 Considered one of the most picturesque lighthouses in the United States, Split Rock Lighthouse was completed in 1910 and is a National Historic Landmark; a beacon in northern Minnesota. The wreckage of multiple ships spurred the building of the lighthouse, which explorers can read all about in the visitor’s center. And after reading about the history of the lighthouse, visitors can hike the trails throughout the state park and wander down to the shoreline of Lake Superior. 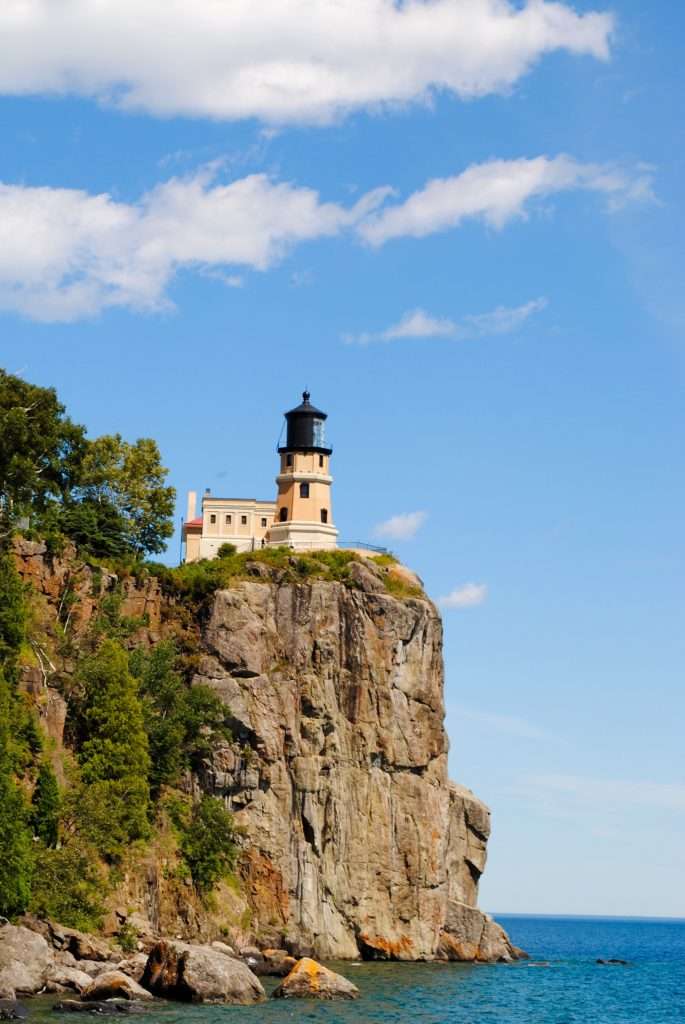 7. Marvel the Views at Palisade Head

This remarkable area shouldn’t be passed up if you have a vehicle and some time while in Duluth, Minnesota. Palisade Head is filled with heart-stopping cliffs, jagged rocks, awe-inspiring sights of Lake Superior, and picture-worthy viewpoints. Just don’t get too excited taking pictures of Lake Superior – which looks like the ocean from up here – or you might lose your footing and go falling off the edge! 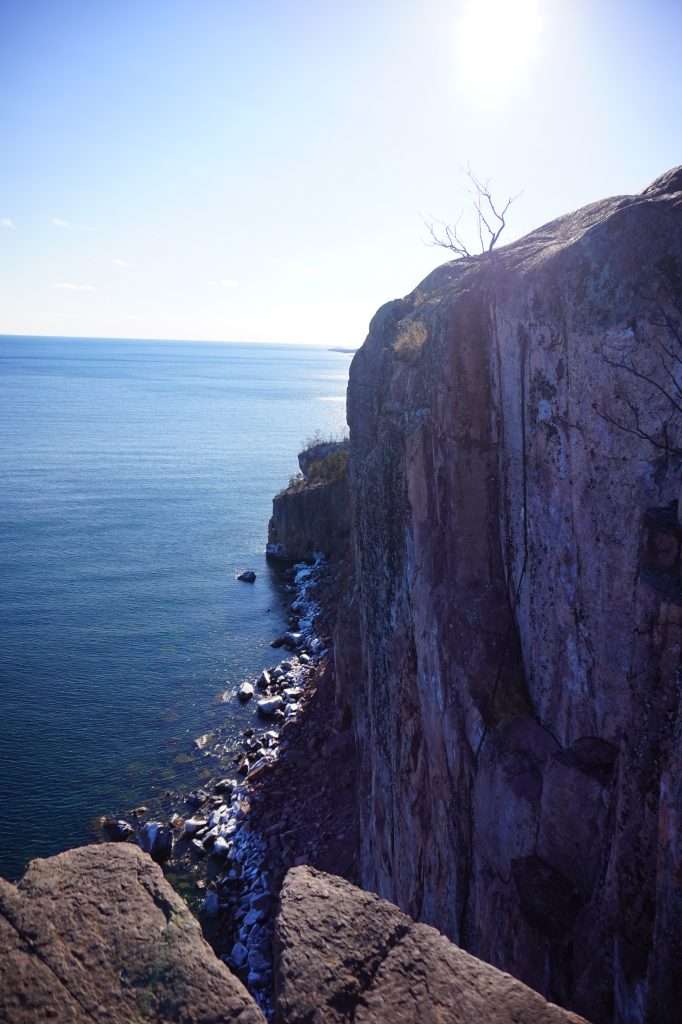 Operated by the University of Minnesota Duluth as a museum, the 39-room Glensheen Mansion and the 7.6-acre estate was built by Chester Congdon on the banks of Lake Superior between 1905 and 1908. The mansion is perhaps most known for the “incident” that happened in 1977; Glensheen was the site of the murders of Elisabeth Congdon and her nurse, Velma Pietila, on June 27. For many years, tour guides were forbidden from talking about and answering questions related to the murders, but now they will answer questions at the end of the tour and there’s a book about the murders available for purchase in the gift shop. 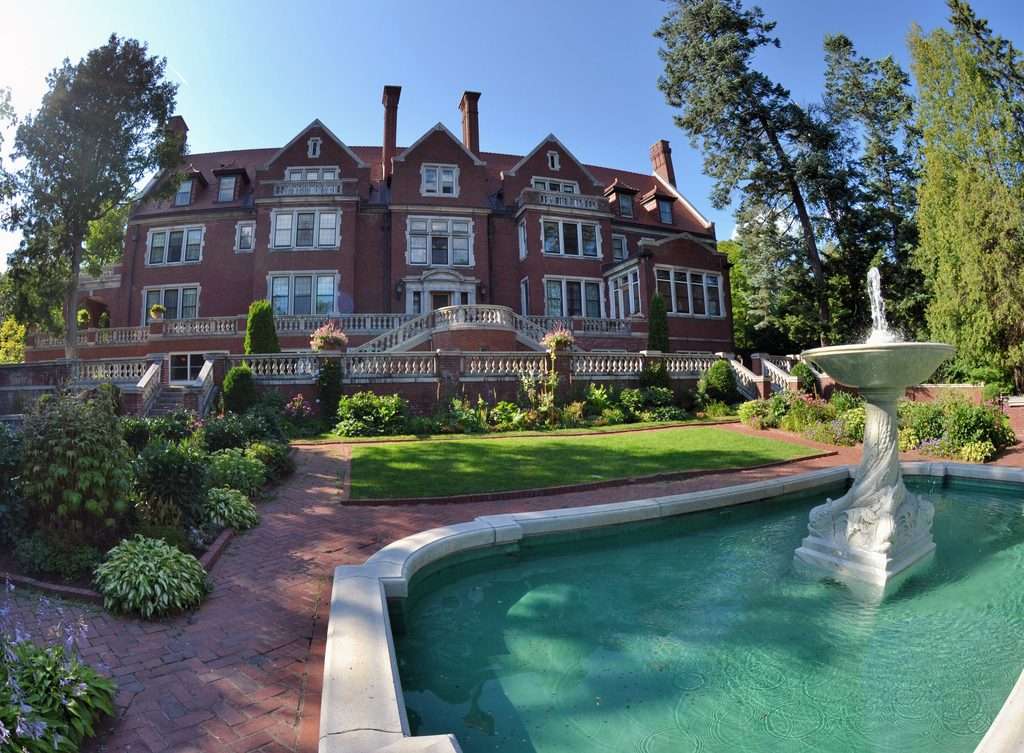 So, there you have it: 8 things to do around Duluth, Minnesota. Let me know – have you ever heard of Duluth? Or have you ever been here?

This is a guest blog post written by Sophie Anderson, founder of The Wanderful Me travel blog. She’s a clumsy traveler tripping her way around the world in search of mouthwatering vegan food and wild adventures. If you want to see what she’s up to, check out her blog or follow her on Instagram, Facebook, or Twitter 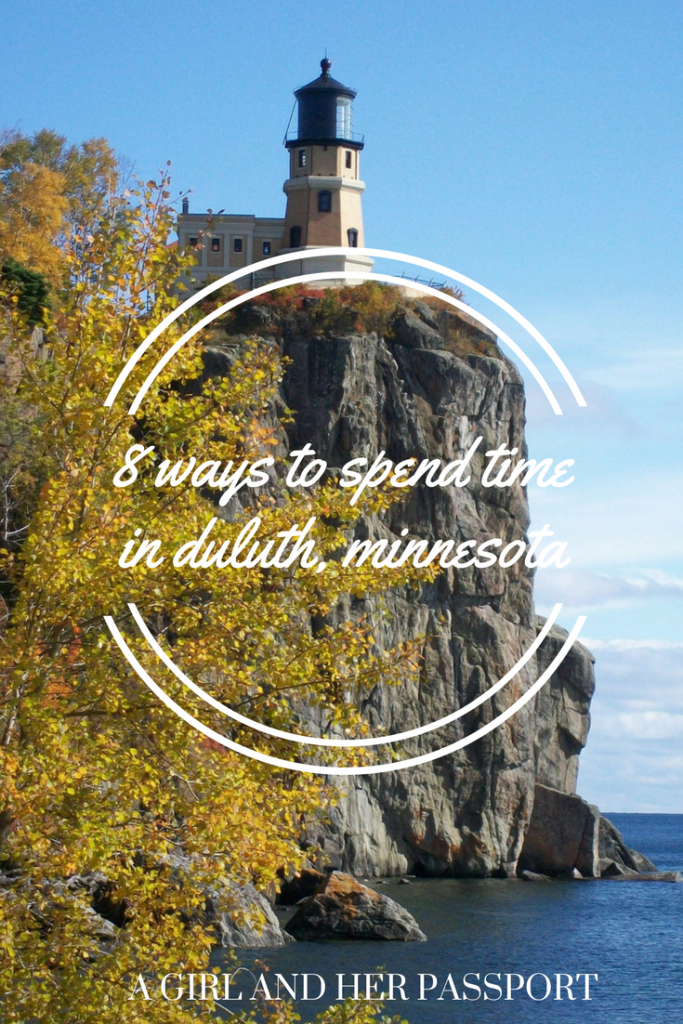