Christmas time in Italy is all about family (or so I am told!), so I was counting on less crowded streets and museums.  Not so!  The streets were less crowded but the Vatican Museum was full.  I had bought my ticket in advance, which I highly recommend unless you love waiting in long lines.  My ticket included a guided tour, which was the best idea I had.  I would have been lost and not really sure of what I was looking at.  Of course, it meant I didn’t see everything, but that would take days.  The guide was very knowledgeable about both art and the history of the Vatican.  There was so much to look at!  The guide kept pointing out things on the ceilings and the walls.  There were amazing tapestries and sculpture.  One thing that was rarely mentioned was the floors almost all the floors were tiled with elaborate patterns of small tiles.  Most of these were in excellent condition considering how many people have walked on them over the hundreds of years and even more so now that thousands of tourists come every day.  Here a just a few pictures from the Vatican Museums.  (No pictures of the Sistine Chapel as it is not allowed.) 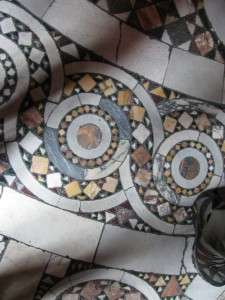 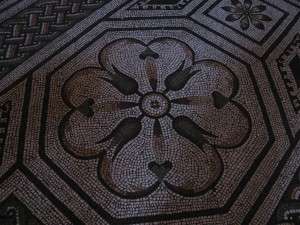 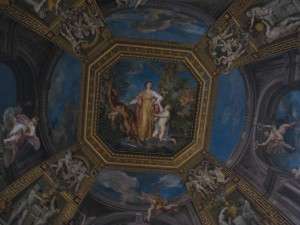 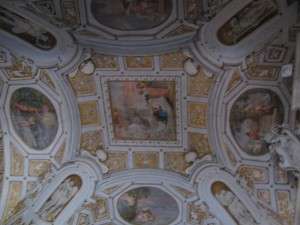 Christmas Day!  The only thing I wanted to do was to hear the Pope give the blessing on Christmas Day.  Not knowing how many people would have the same idea, I got there about two and half hours before the blessing was scheduled.  I was there in plenty of time and it wasn’t busy in St. Peter’s Square when I arrived.  I was able to take pictures in front of the Christmas tree and the huge Nativity scene.  I made my way to the front of the square (which is actually a circle) to the fenced area.  I now had about two hours of standing to do, or so I thought.  In front of the fenced area, there were rows of chairs.  I had seen events before and Cardinals or dignitaries would sit in these seats.  About 1o minutes after I got up there, they opened that area up to the public!  Not only was I closer to the action, but I also got to sit.  It was like a party up there.  People were singing and chanting.  The best was all the flags people had brought from their home countries.  Because of all this, I totally forgot I was spending Christmas alone in a foreign country.  After a while, music started to play and the Swiss Guard marched in playing music and then some Italian military marched in from the other side.  There was some kind of ceremony between the two. The Pope came out right at 12 and greeted everyone in Italian with Buon Natale.  I didn’t understand much of what was being said, but it didn’t matter.  It was an experience I will never forget. 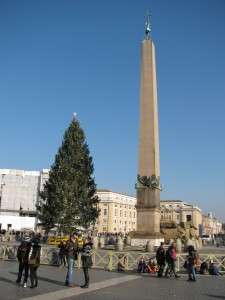 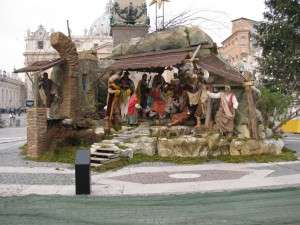 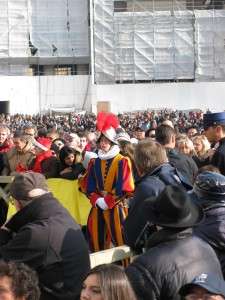 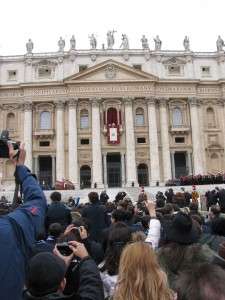 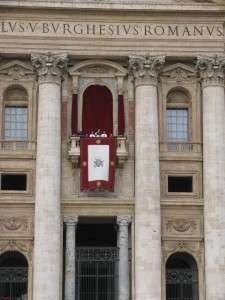