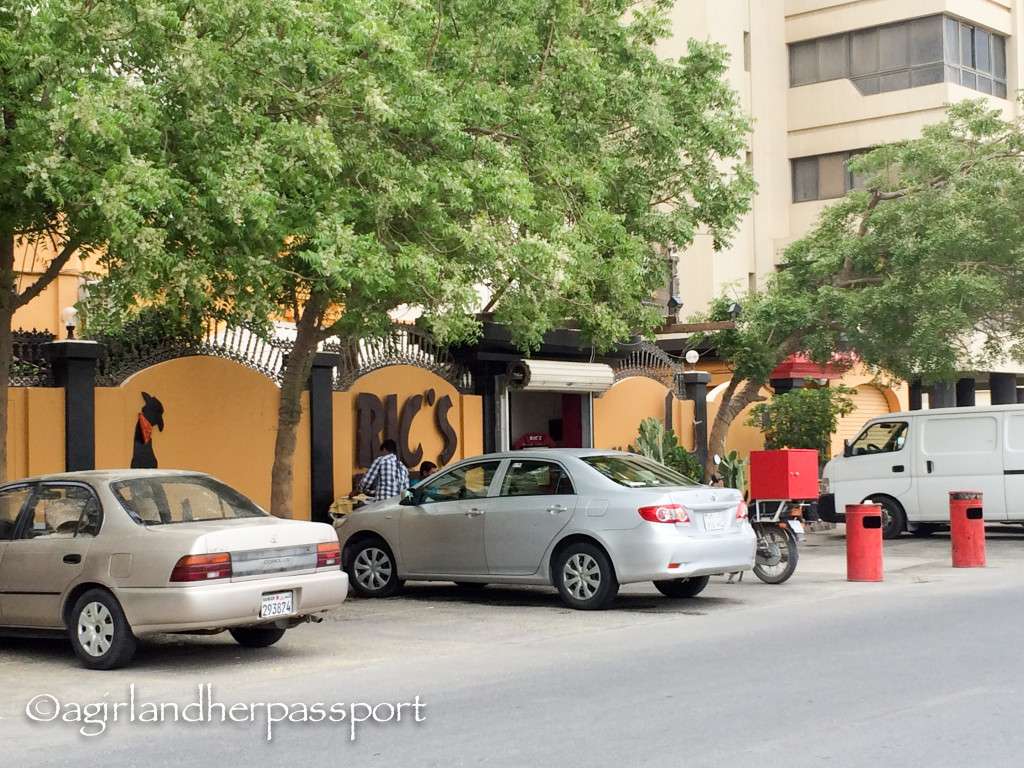 I had no expectation of food in Bahrain, except that the original Ric’s Kountry Kitchen is there. Ric’s is an American Style Diner in Doha, which I tend to frequent on Friday mornings for Texas-style French toast and fake sausage. It feels like home in there. Needless to say, I wanted to go to the original one. Not only because it’s the original, but because they have real sausage and bacon! Yes, Bahrain has pork in restaurants. I ordered my usual, The Rig. The Rig is two eggs any style with Texas French Toast and two sausage patties.  Plus I got a half order of the biscuits and sausage gravy. Yes, my cholesterol probably went through the roof as I ate it all. Real sausage just doesn’t compare to the fake stuff we get here. I was in heaven.  So much so we went both Friday and Saturday morning. They also serve beer! Ric’s in Bahrain was great although the coffee was just as bad as in Doha. But if you want an authentic American breakfast Ric’s is the place to go! 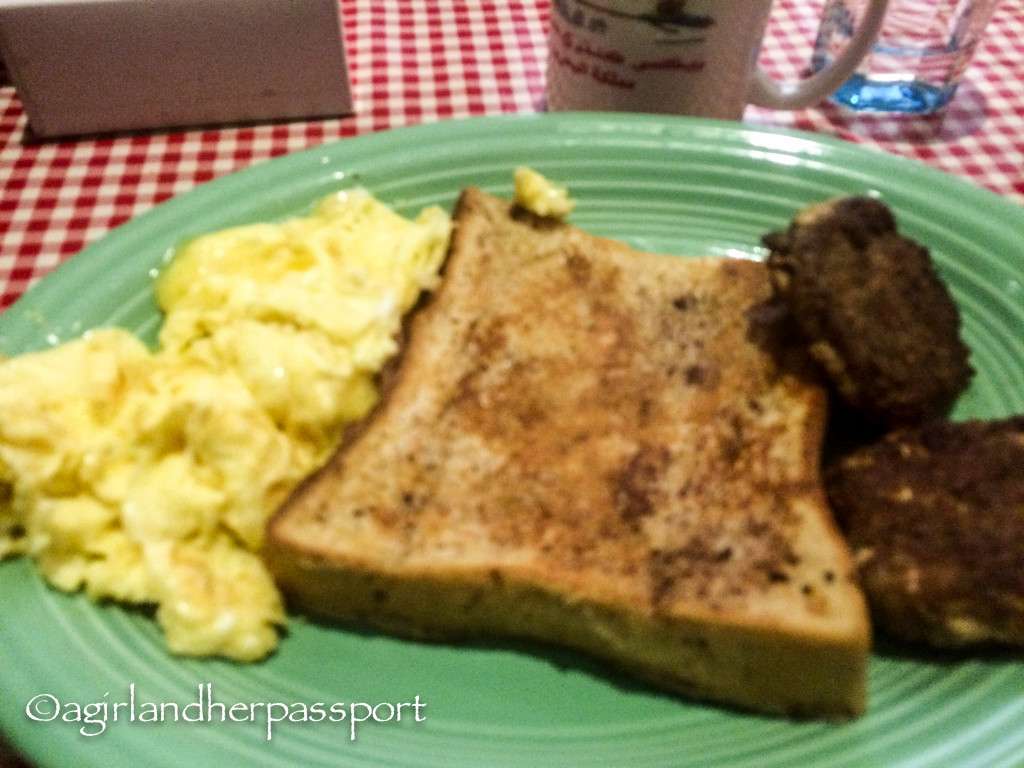 People kept telling me there was good Mexican food in Bahrain. As a Texan, my ears perked up and I was on a mission to find it.  Two people had recommended Señor Pacos. My friend and I agreed that we needed to go. My friend that lives there picked us up and had invited a few of her friends. The decor was definitely Mexican. There was Mexican tile all over. I failed to get pictures as all I could think about was food.  I ordered the Enchiladas Suizas, which is sour cream and green sauce with chicken inside.  My friend and I split a pitcher of Margaritas. This was the best Mexican I have had in the Middle East. Also, there was a terrible cover band, but we danced anyway and had a great blast!

The party then moved to a great bar called, JJ’s Restaurant. Not much of a restaurant that I could see, but great dj. There was a small dance floor that we spend several hours on. For someone not living in the Middle East, this is just your basic bar. But we have nothing like this in Doha. We didn’t want to leave. My feet were killing me by the end of the night and that is always a sign of a good time.  We also went to a bar called Dublin’s the night before. Not great, but okay if you are nearby, but I wouldn’t seek it out. Also, avoid Match Point. Can’t say why but just take my word for it.

I really enjoyed my time in Bahrain and am already planning to return! Where have you been lately that surprised you?