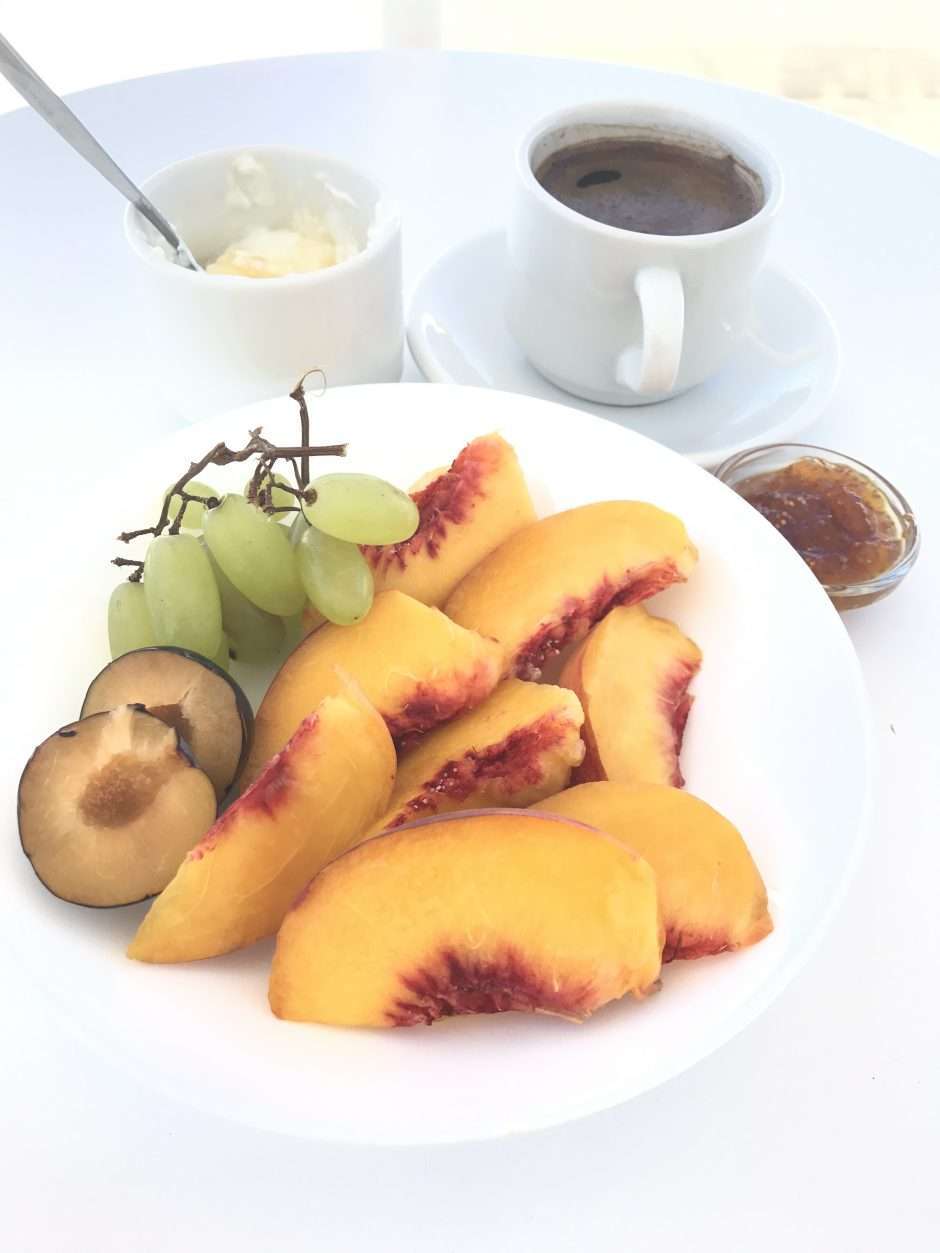 Despite having a kitchen while living in Ios, I did eat out many times. Discovering that Ios had quiet the food scene, I decided to try as many places as financially possible! I always forget to take pictures of my food so I don’t have pictures of it all, sorry. (This is list is in no particular order.)

This tiny restaurant sits on the edge of the Ios harbor. It is so small, I am not sure if there is inside seating. The only unfortunate thing is that I didn’t discover it until late in September and I wish I hadn’t waited!

The first time I ate there, I was with friends and we shared several plates. One of those items was an amazing salad that was huge. We also shared some small fried fish and french fries. The star of the evening was the fried zucchini balls. I really wish I had been brave enough to ask for the recipe. These things are what me back the second time and would have a third time if they hadn’t closed for the season!

This was the second time I had eaten at Grandma’s as I had eaten here the year before on my sailing trip. Grandma’s is located in the Liostasi Hotel, of course inside is not accurate since all the seating is outdoors. This makes it possible to enjoy the amazing sunset with cocktails by the pool and then dinner under the stars.

Everything here is good.  The menu had changed slightly from the year before as they had a new chef. This was the sea bass, which is always one of my favorites. For dessert, we had the Caraibe chocolate bar and it was chocolate-y without being too much chocolate. I say this because I am not a huge chocolate fan. The nuts helped offset the richness as well as the vanilla ice cream. I only went here once on this trip because the prices are on the higher end at Grandma’s.

The bartender recommended this place to me as they have their own outdoor wood burning pizza oven. Yes, even in Greece sometimes you want pizza. And this wasn’t just plain pizza. Each pizza can be ordered with different crust thickness and the sauce is the perfect balance of sweet and tart and they don’t skimp on the toppings. Not only that but they also have amazing salads. Amazing salads in Greece are definitely a thing I noticed last year on Kythnos.

Thai Me Up is where I spent most of my money on food, which is funny since I never took a single picture there. I love Thai food and discovered they have amazing Pad Thai. Plus it was one of the cheaper restaurants on the island. They were also one of the few places to get breakfast and no it isn’t Thai breakfast. They actually have a British woman who cooks breakfast and a Thai woman make the Thai food. Many nights I would go down there for Pad Thai and beer and watch the boats come in the harbor. Better than any TV show especially as many of the locals would come down and hang out at the port at night.

Salt is located on Milopotas Beach. I had seen it several times when I had gone to the beach but was really there for the beach and not food. However, I had seen the food and knew I needed to try it. The service was terrible, but the food made up for it. It also could have been that it was late in the season and they might have had less staff. Above is an eggplant dish that was so big, it could have been my meal. I love eggplant and this did not disappoint. And yes, I think that is ketchup on top. My main was disappointing, but I think I ordered the wrong thing. As a thank you, they brought out this treat, which has to be a full dessert! I tried hard not to eat it all but I couldn’t resist. Salt also serves food and drinks on the beach in their loungers. You can see the sea from the sit-down restaurant as well. Go for the view and the dessert.

On the sailing trip we were told about this place, but opt to eat at Grandma’s instead, so this year I was determined to go. It was one of the first places I went and for some reason only took pictures of my tzatziki! I ordered pasta with clams and it was perfect. It was light and the portion was a good size. Next time I would eat inside. There are many stray cats outside and it smelled a bit. During the high season, make a reservation.

Want a little Mexican food while on your Greek vacation? I was very hesitant to try this place being from Texas, but the call for tacos eventually made me go. I ordered a fish taco and a pork taco. The fish taco was way too hot even for this Texan, but the pork taco was great and I would have eaten it again. Do not, however, order the guacamole. In order to keep it fresh, they had put lemon juice in it and that was all I could taste. During the day, the views from here are stunning and there is live music most nights. It does appeal to the younger set overall though. They also offer yoga on some mornings.

This is another port favorite that is next to Thai Me Up. This is the best place for moussaka on Ios in my opinion. What makes it different is that they bake each one in its own clay pot. It is then served piping hot. The whole thing just melts in your mouth. I was scraping the pot to try to get all of it out. Again, I had a photography fail, so this photo is of regular moussaka from somewhere else. But trust me this is the place!

This list is by no means exhaustive as my budget really didn’t allow for me to eat out every day. I did have a hotel room with a kitchenette at the amazing Kritikakis Village Hotel. If you have been to Ios, what is your favorite place to eat at there? 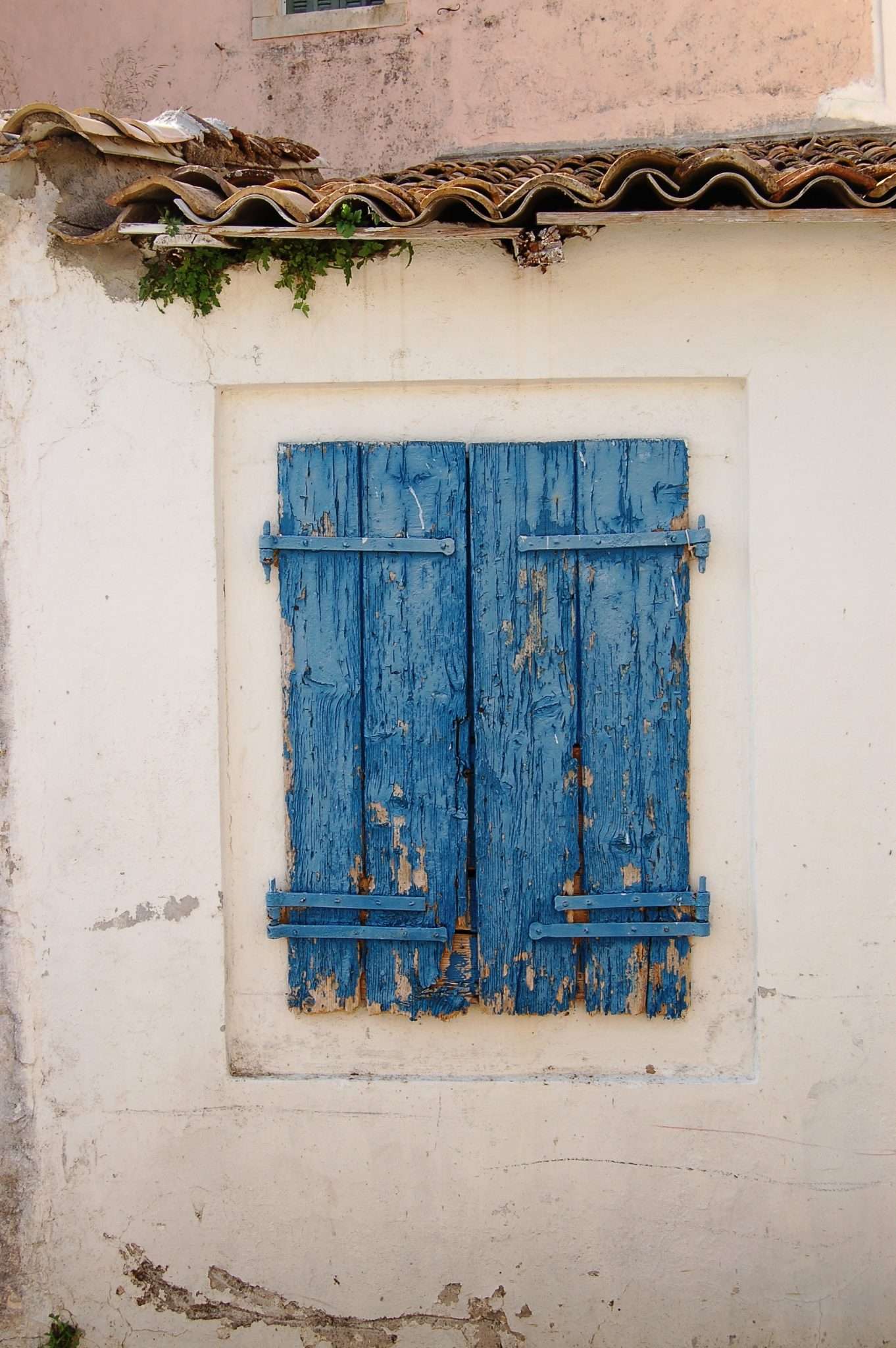 Leave a Reply to Ask The Dutch Guy Cancel Reply