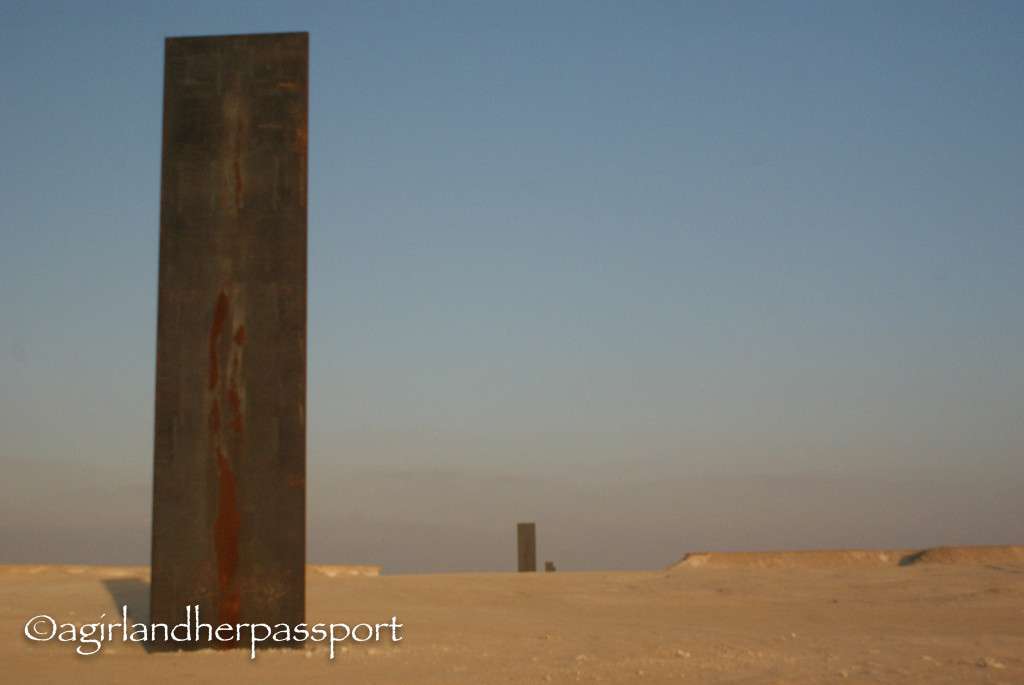 Over this last weekend, I was a chaperone on an overnight camping trip in the Qatar desert. The students had picked the area under the Richard Serra sculpture East-West/West-East, which I had not been to yet. The area of Qatar that it is located in is called Zekreet. It does not take long to drive out there unless you are bringing a van load of students in a non off-roading vehicle. As we bumped along the sometimes bumpy and rocky desert, the beauty and enormity of the sculpture became present. It almost looks as if an alien ship used these four pillars to dock their ship and left them behind when they decided Qatar was too hot to stay in. The surrounding landscape is also what many movies have used to depict an alien planet. The sculpture both takes over the landscape but also blends right in. The light changes the desert and the sculpture throughout the day. The photos were taken from the early afternoon to evening and then early the next morning as the sun came up. 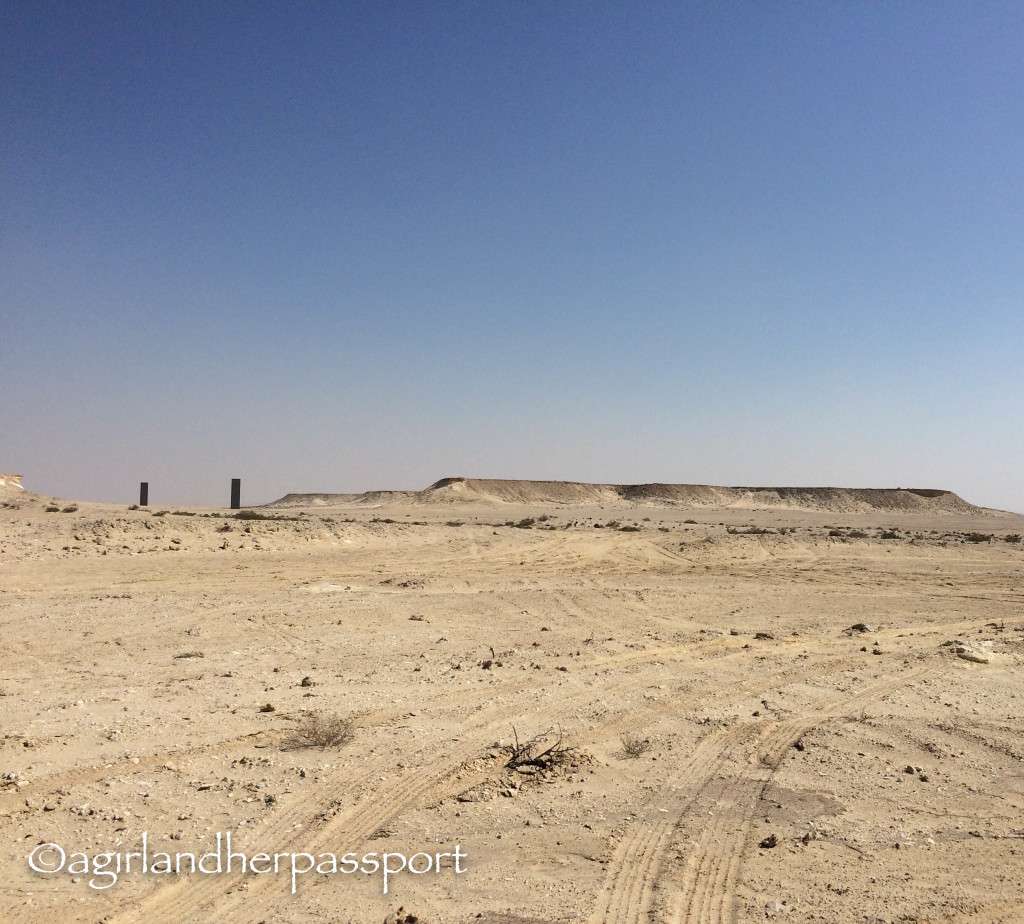 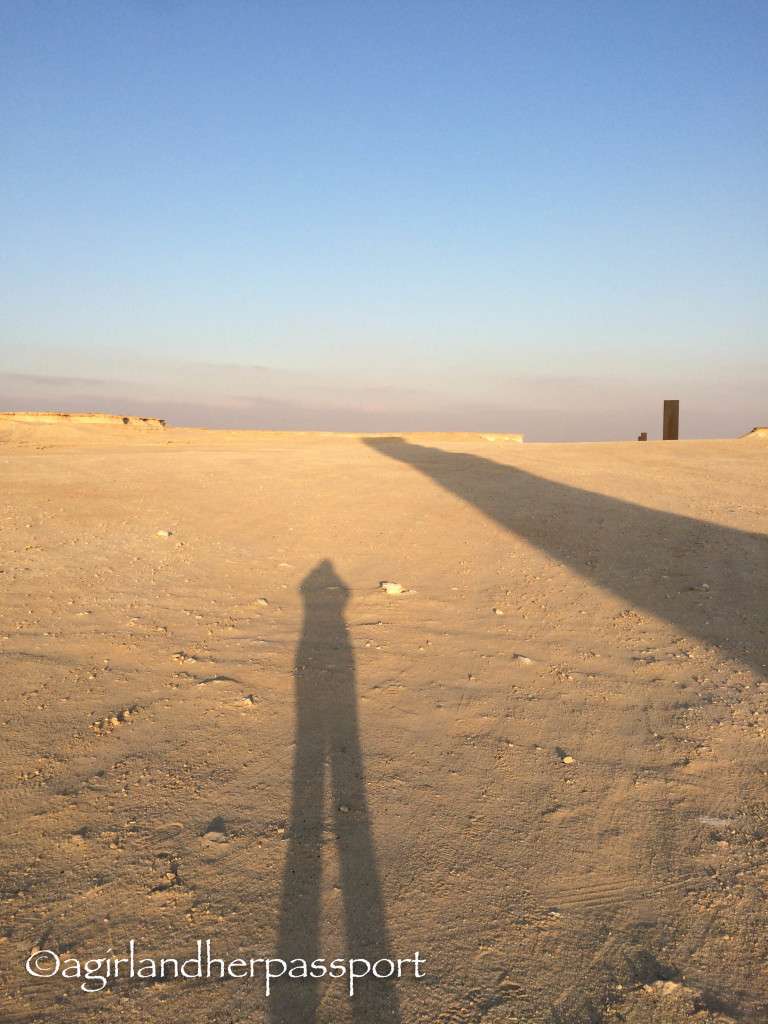 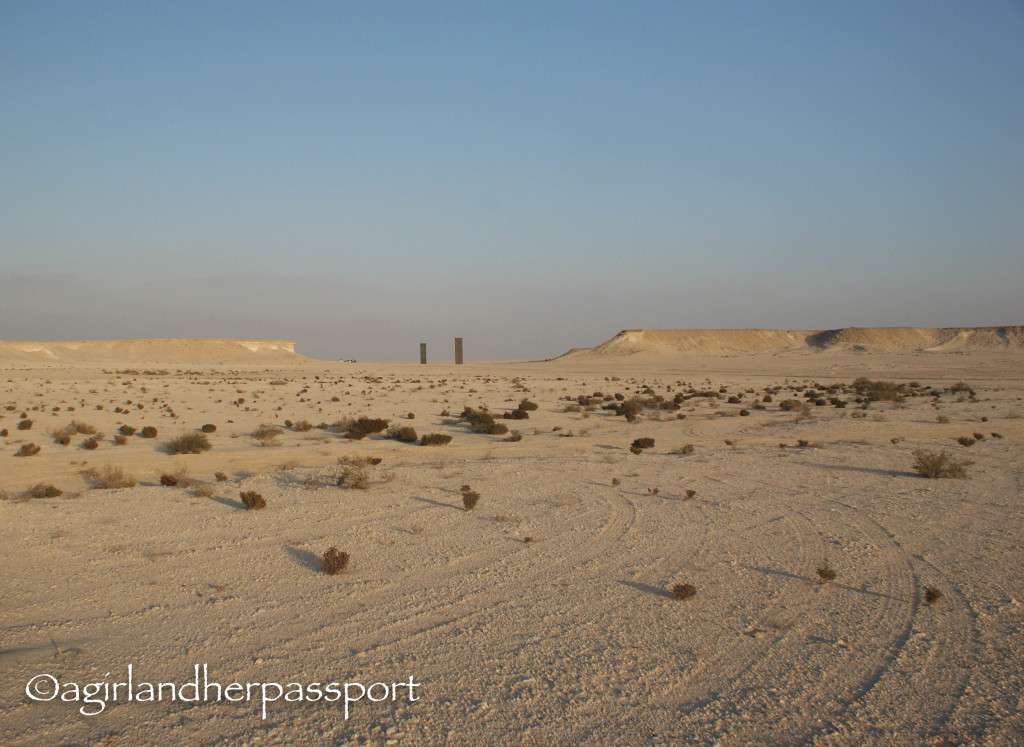 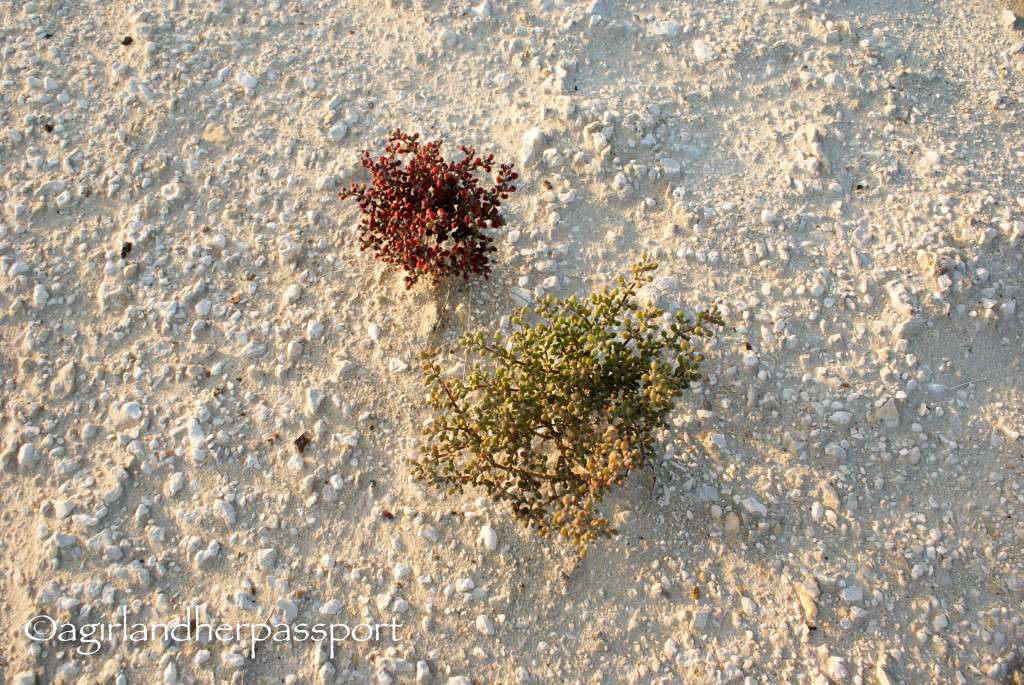 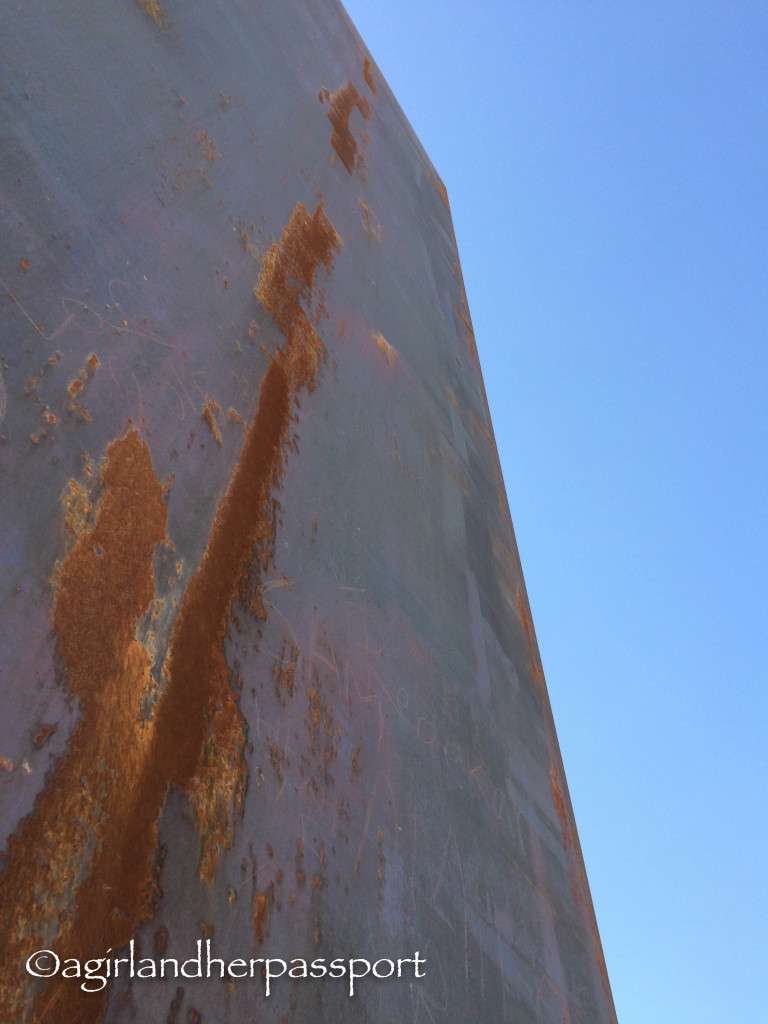 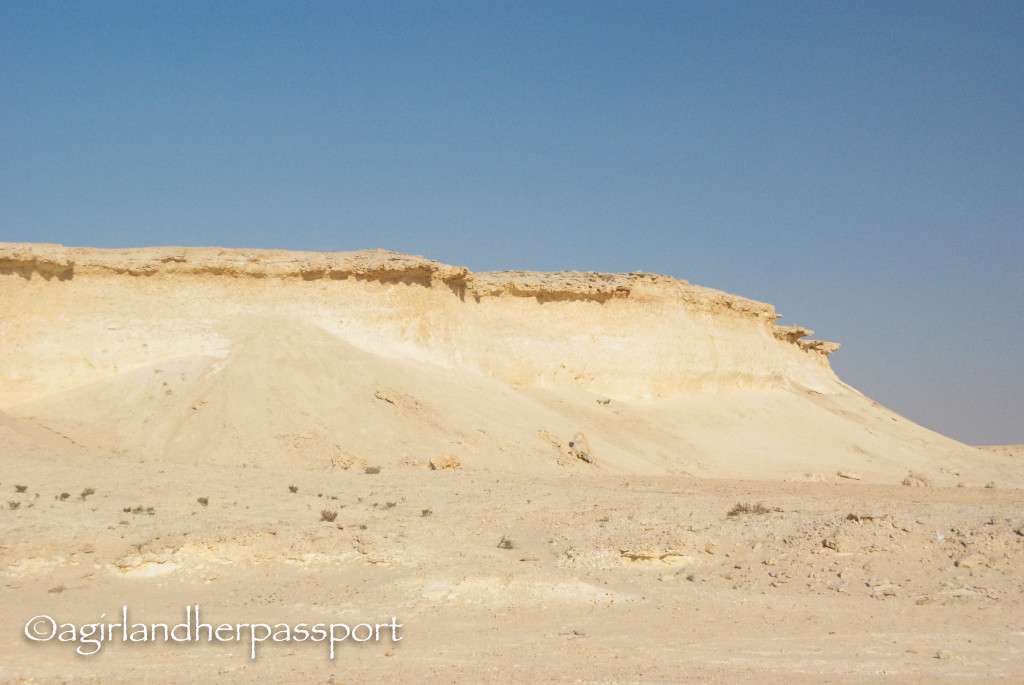 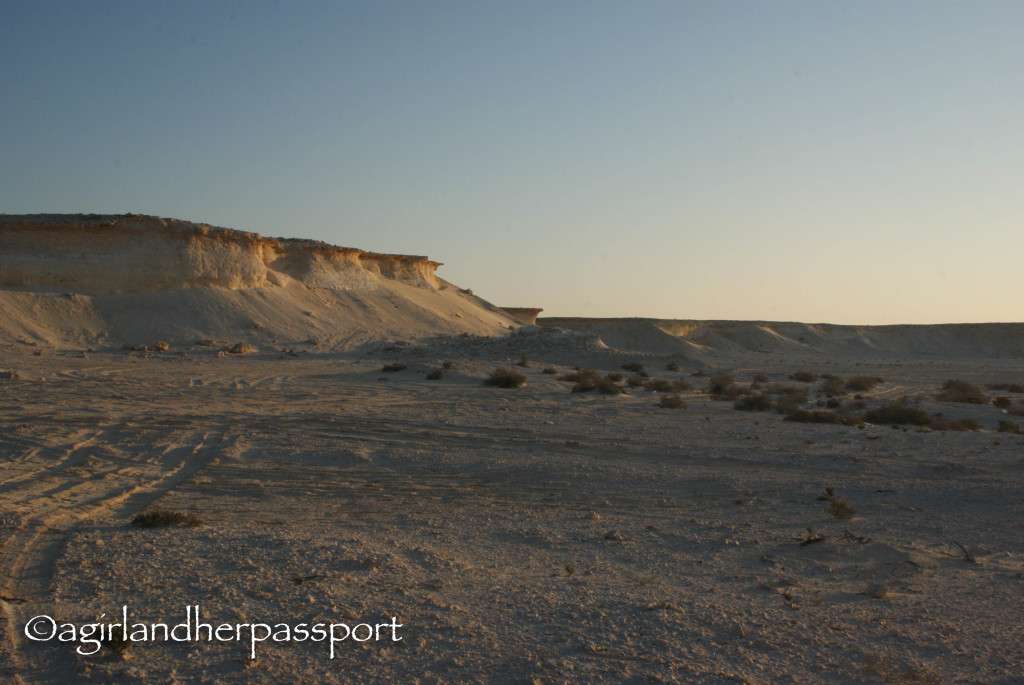 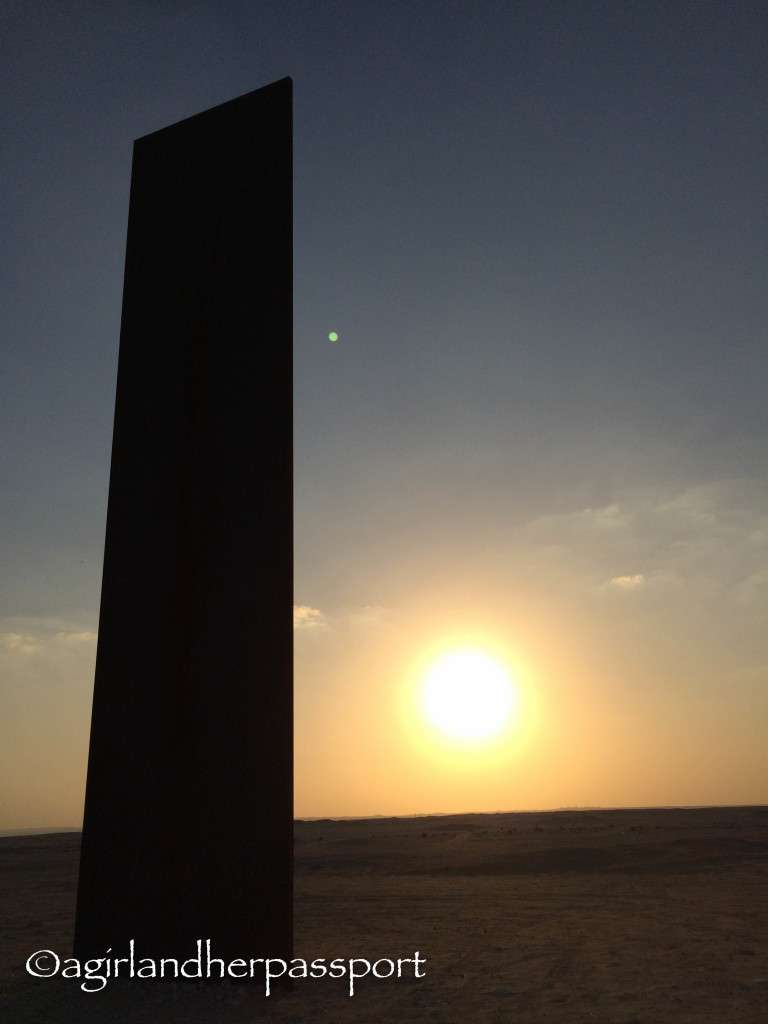 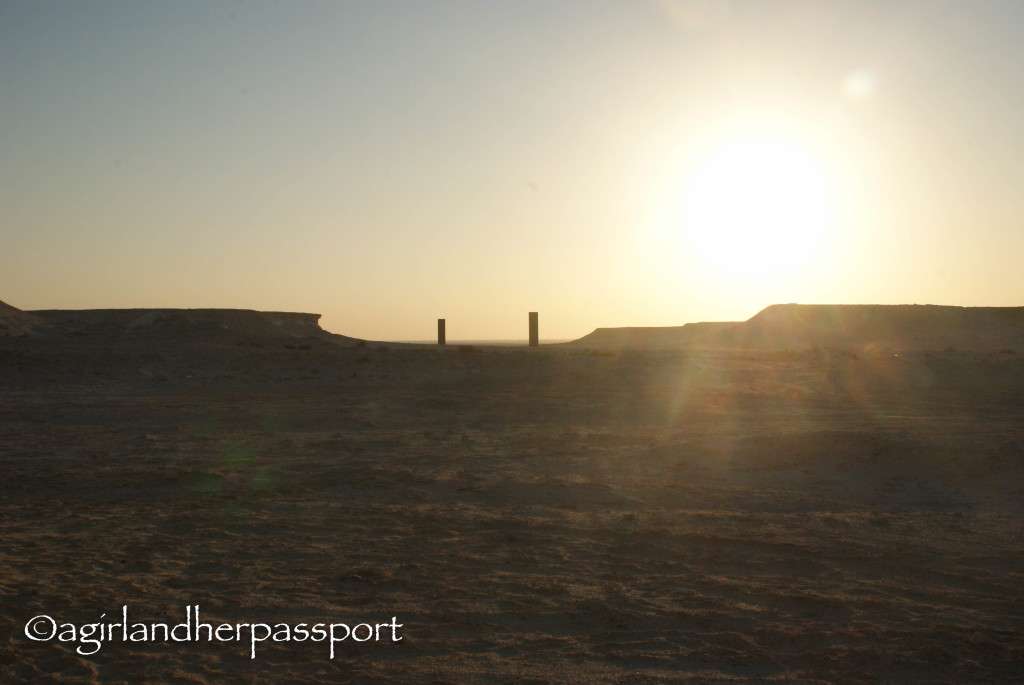 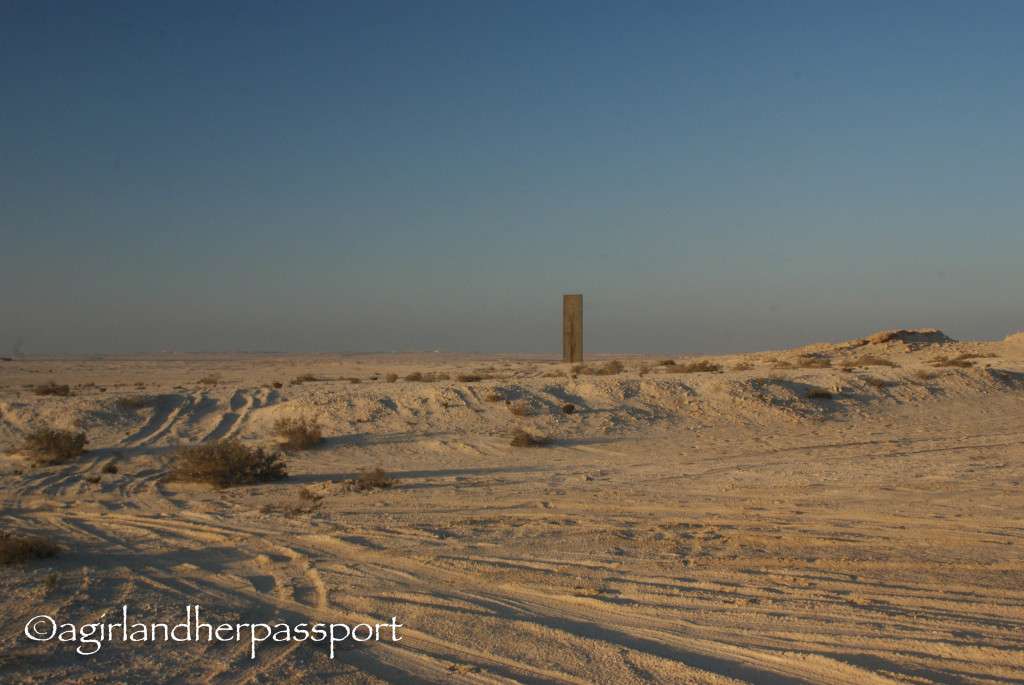 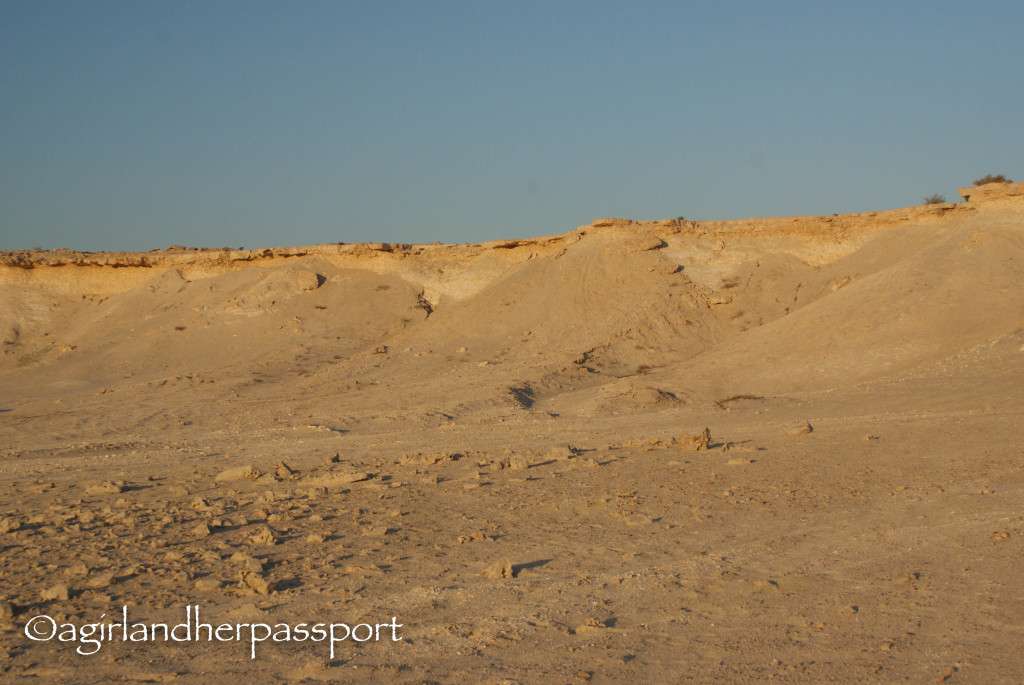 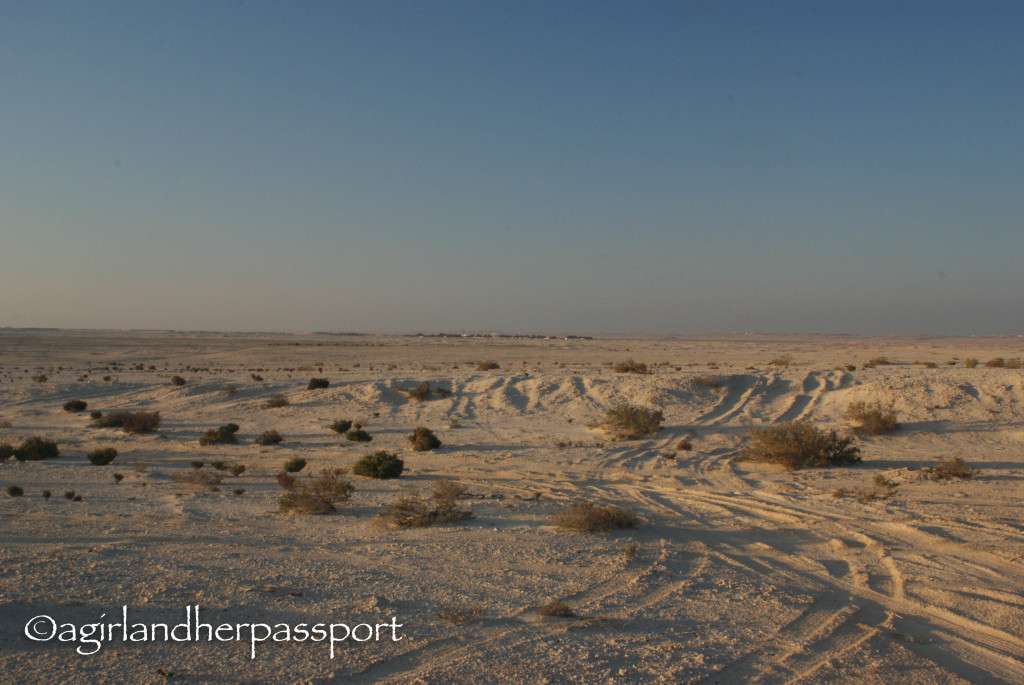 Richard Serra and the Qatar Museums wanted this piece to be public art. You can drive right up to the sculpture and touch it. The steel is developing a patina quickly in the desert climate. What I like most about Richard Serra’s work is that it gives you a sense of space, whether the piece is something you can walk right up to or a piece that you can into. East-West/West-East isn’t the only Richard Serra piece in Qatar. 7 is located at the end of the Museum of Islāmic Art Park on the corniche in Doha.

Getting there: As I witnessed this weekend, you may not need a four-wheeled drive vehicle to get to the Richard Serra sculpture, but you might want one to be more comfortable. At different times of the day, the sculpture looks different, so keep that in mind. Also, if you want photos with no one else in them, go early or late in the day as people were visiting it all day. Luckily you can now search for East-West/West-East on a Google map and find driving directions. We headed out of Doha on the Dukhan Highway and exited at the Cuban Hospital and drove out to Zekreet village and approached from the west, but you can approach from the east. Here is a link to the Google map location. 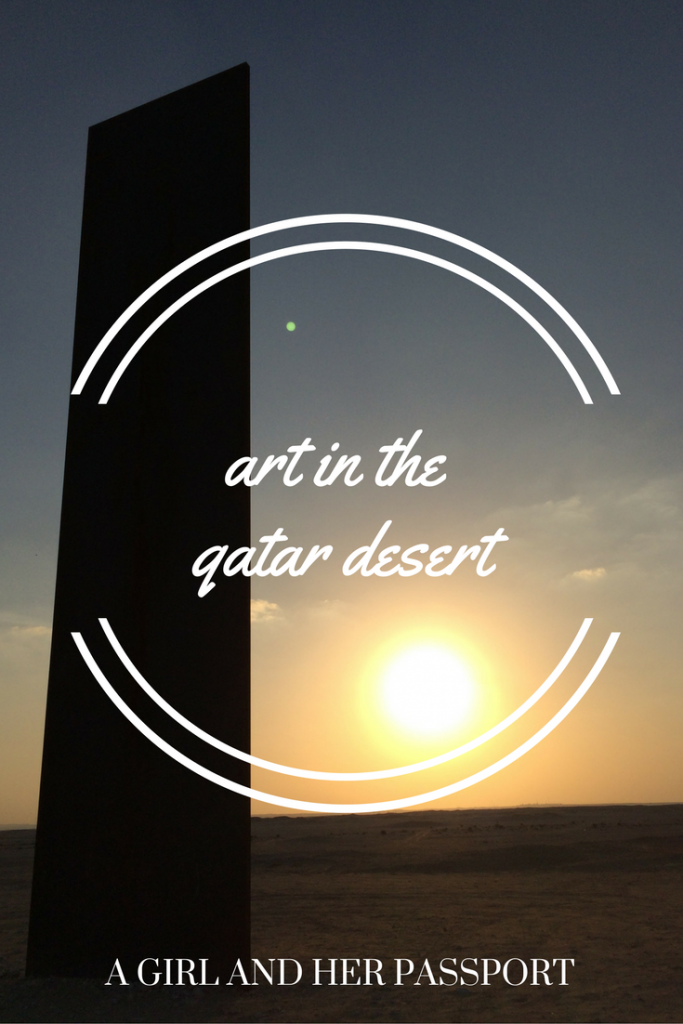